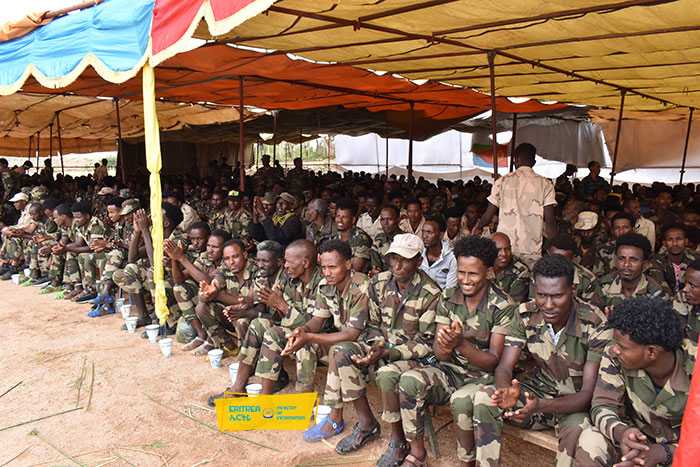 Mendefera, 15 July 2022- An entertainment program for members of the Eritrean Defense Forces that are tirelessly participating in the implementation of development programs and in safeguarding the national sovereignty has been organized in Mai-Mine sub-zone on 12 July.

The program that was organized in Mai-Mine semi-urban center was attended by Ms. Leul Gebreab, Minister of Labor and Social Welfare, Mr. Hagos Gebrehiwet, head of Economic Affairs of the PFDJ as well as Gen. Filipos Woldeyohannes, Chief of Staff of the Eritrean Defense Forces. 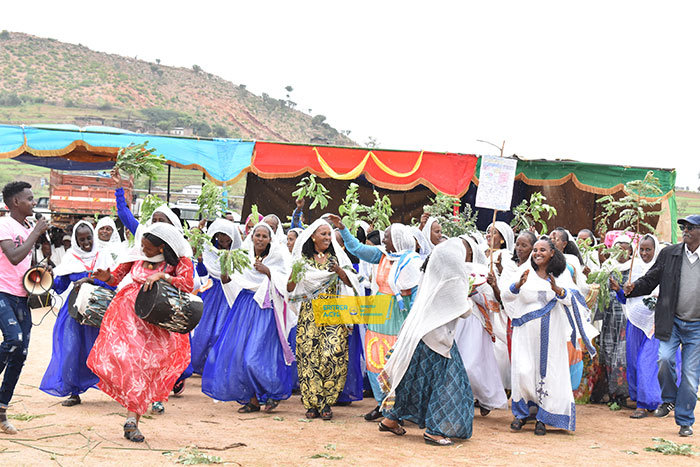 Indicating that the members of Eritrean Defense Forces are the main players in the implementation of development programs in the sub-zone, Let. Col. Abraham Haile, the administrator of the sub-zone, said that the objective of the program was to express gratitude for their committed participation. 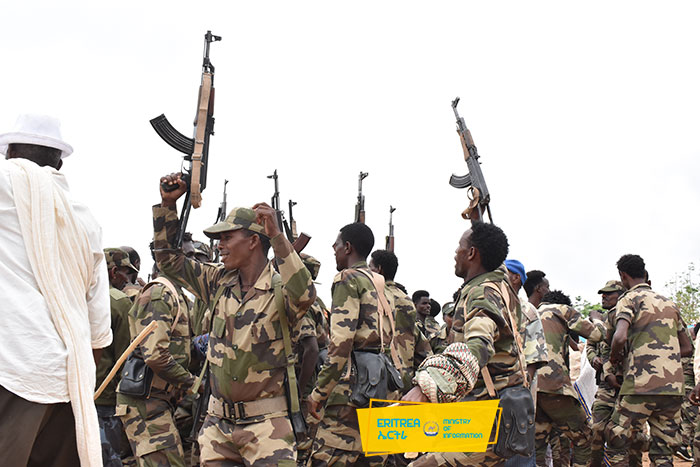 The Commanders on their part said that the program attests to the profound respect the Eritrean people have towards their defense forces and expressed appreciation for the entertainment program.

The entertainment program has been highlighted by cultural and artistic performances by Egri-Mekel cultural group of the Central Command.

Ample distribution of rainfall across country

Qal is the Beginning of All Things!