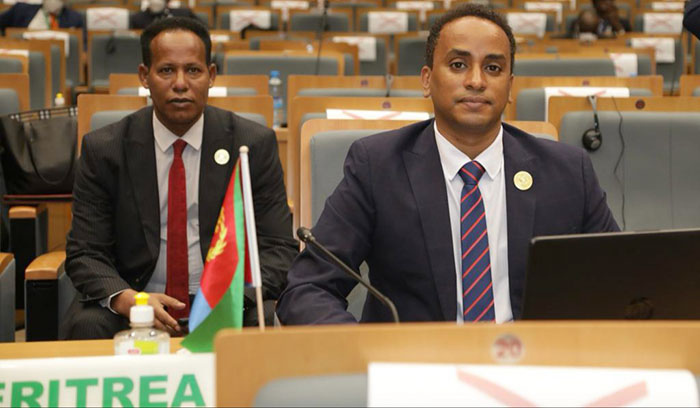 Asmara, 16 July 2022- Eritrean delegation led by Mr. Biniam Berhe, Charge d’Affairs at the Eritrean Embassy in Ethiopia and Permanent Representative of Eritrea at the African Union and Economic Commission of Africa, participated in the 41st Session of the African Union Ministerial Executive Council held in Lusaka, Zambia, on 14 and 15 July.

The Session discussed advancing investment in the health sector, the establishment of African diseases control center, putting in place a pharmaceutical plant in Africa, taking notes on domestic and global financial resources, investing in infrastructure, as well as economic stimulation, and ensuring food nutrition.

The Session also elected committees to serve as the three main organs of the African Union.