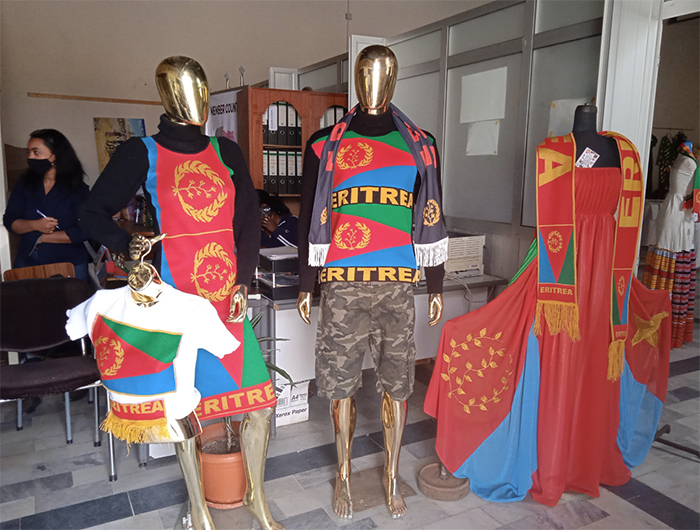 The elderly have a close attachment to the cultural values of their society and are often the most ardent advocates for their preservation. In most families and societies, the generation gap comes as a problem, as the young and the elderly engage in a pull-and-push to assert their respective stances and values.
‘Newri/Eib,’ Tigrigna and Tigre words that mean indecency, are often used by the elderly to tell the young of their wrongdoings. Sometimes, the elderly simply tell you that you are not supposed to do or say something, but when you ask them why they tell you it’s just ‘Newri/Eib’ without giving any explanation. Of course, if you dig deep, you understand why but the lack of explanation tends to cause disagreement between the young and the elderly. 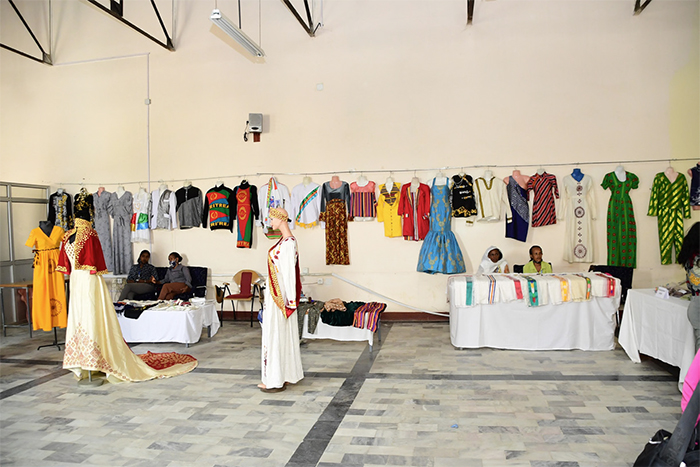 There is no question that the young in Eritrea are rooted in their culture and are bound by the values of their parents and society, but it’s also natural for them to be influenced by their peers and global trends. There are many contentious areas but this article deals with fashion designs.

For the elderly, the wearing of overexposing clothes is ‘Newri/Eib.’ Though the modern style is not new to the Eritrean culture, it strictly requires complete decency. The wearing of miniskirts and ripped jeans, for instance, is incompatible with the traditional decorum. In short, it’s considered ‘Newri/Eib.’

I came across a fashion design group in an exhibition conducted at the hall of the Eritrean Agricultural Professionals Association. As I have mentioned in a couple of articles in the past, a group of talented Eritreans is having a monthly exhibition, which serves as a platform for showcasing products and innovation for five different groups. The groups’ objectives and their products vary. The designers’ group is one of the five groups participating in the exhibition with the objective of expressing and preserving culture while adding the value of modernity to their designs. 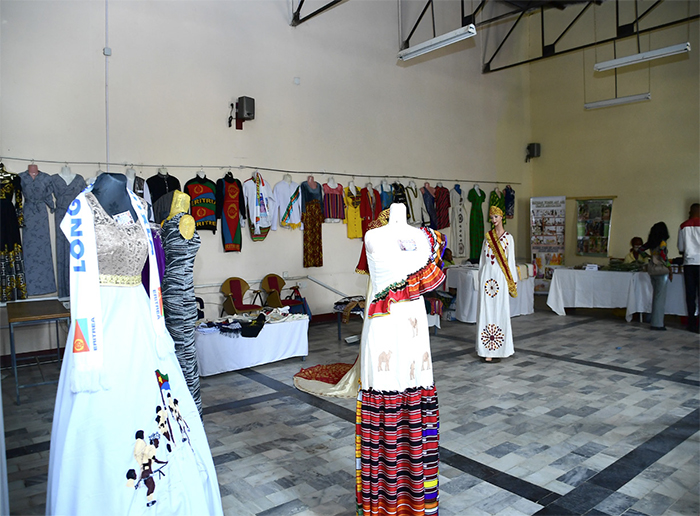 Looking at the group’s work, in general, and that of Henok, specifically, reminded me of the clash in fashion between the older and younger generations. Most of the designs that I saw in pictures and at the exhibition incorporated some of the traditional clothes into modern designs. As I later heard from most of the designers in the association, this era in fashion design in Eritrea is a time when designers are struggling to satisfy the desires of the young for modernity and the needs of the elderly to preserve culture. Henok is one of the actors.

The exhibition seeks to lay a stage where designers and other talents express situations, cultures, and values, and the designers’ group tries to transmit national and cultural messages through their works.
According to Mr. Abraham Sultan, the coordinator of the designers’ group, some members of the group excel in traditional designs while others excel in modern designs, and the group provides a common ground for the example of the young and talented Eritrean designers. He started designing five years ago. He has taken courses and has had extensive experience in his design career. He won a golden award at the New Year 2022 designers’ competition of around thirty contestants held at Hotel Ambasoira, Asmara. The 2022 competition was held under the theme “National Brand (trademark) of Development” and sought to express national development values and objectives. 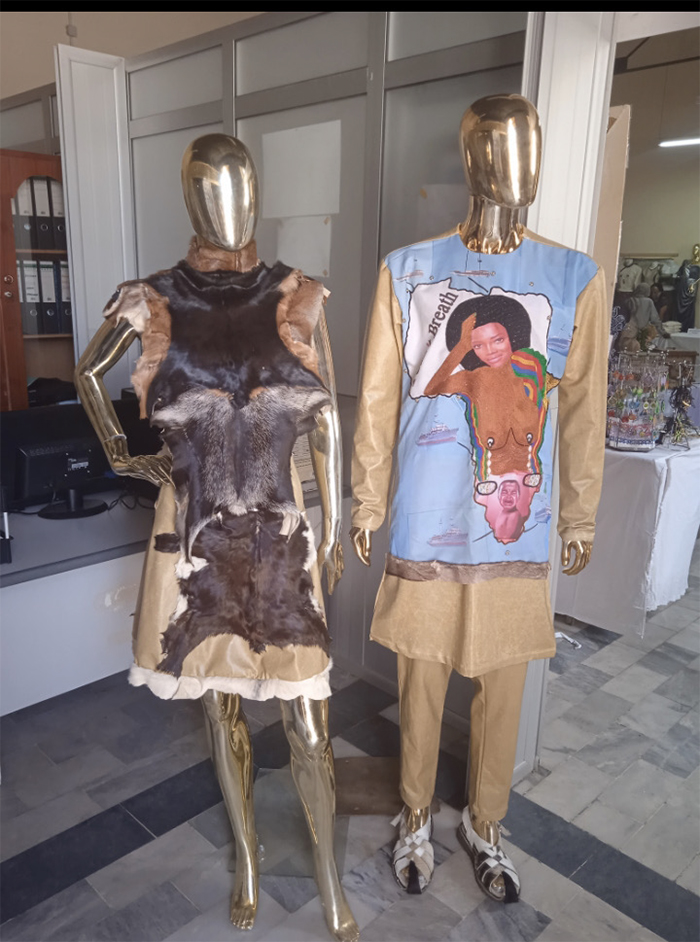 According to Henok, he and his group used to make only traditional clothes. But with global trends overwhelming the local markets of traditional clothes, they were compelled to look for options. For the Eritrean designers’ group, the immediate solution has been blending modern designs with traditional clothes. The designs at the exhibition portray this concept in a varying range of categories.
Designer Abraham, on his part, said that he has a lot of concern regarding the fashion trends in Eritrea. He thinks that the designers do not really utilize their works to introduce and promote their national and cultural values. “We can make Eritrean dresses, gift bags, shoes, accessories, and so on. We are pushing towards that direction now, towards branding our own products,” he said explaining the immediate objective of the Eritrean designers’ group. 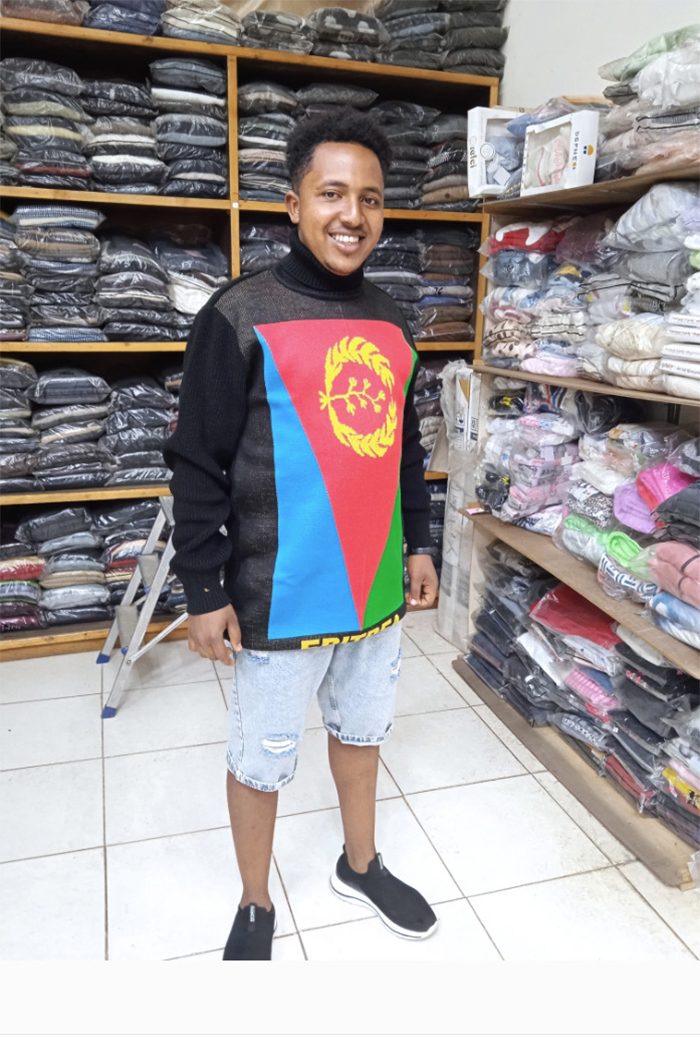 Designer Henok finally said that designing is a medium of expressing thoughts and reflecting creativity. A person is not a designer simply because he can sew. “If designing is all about putting together a piece of cloth, everyone would be a designer. Real design is making a readable cloth, a design where ideas and thoughts of the designer and his identity are portrayed,” he added. 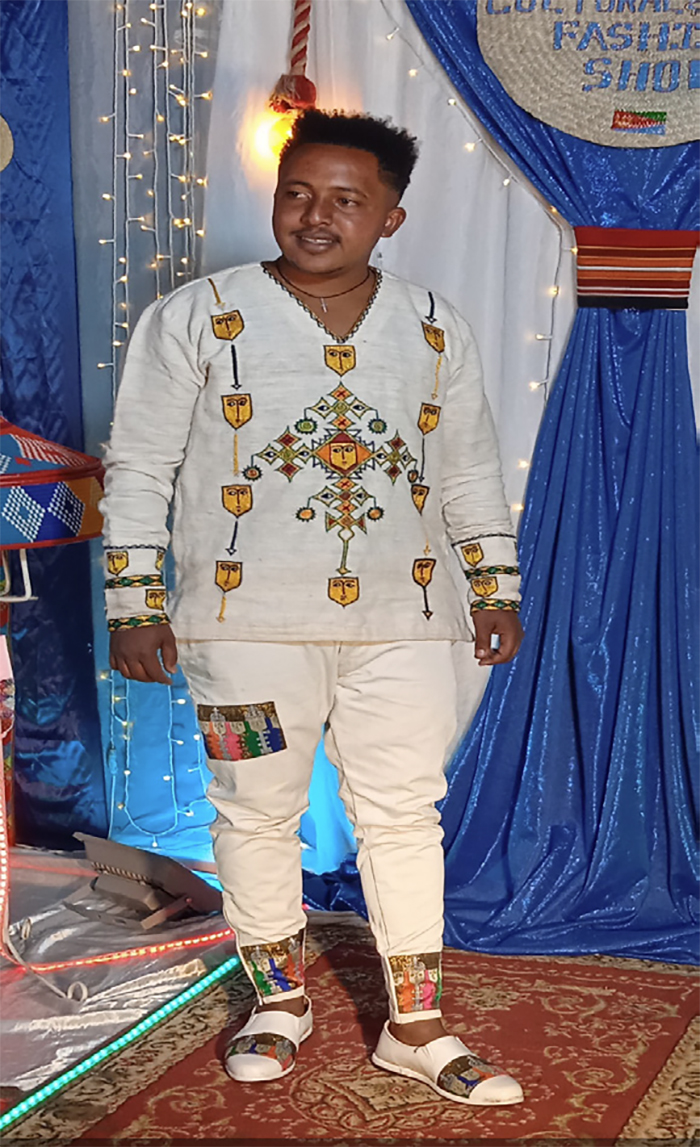 Speaking of their future plans, members of the Eritrean designers’ group admit their shortcomings but aspire to gain more experience and do well over time.

Designer Abraham also said that all is possible if they direct their energies toward a common goal.