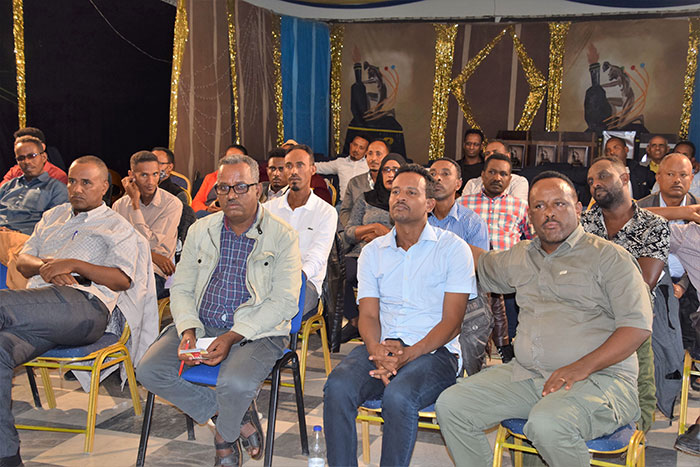 Asmara, 26 July 2022- The National Union of Eritrean Youth and Students conducted activity assessment meeting of the first half of 2022 as well as on the implementation of programs for the coming six months.

At the meeting, the national union reported that in the second half of 2022 the union will provide priority for strengthening awareness and organization of students in secondary schools.

According to report presented at the meeting, training program on administration and leadership has been organized for youth and youth workers in various parts of the country, strong effort has been exerted to strengthen the organization and contribution of youth clubs, ‘Buya’ general knowledge competition has been organized in all regions of the country aimed at developing the knowledge and awareness of the youth on the history of their country.

Regarding future plan of action, the report cited that effort will be exerted to develop affection of education and reading of the youth, strengthen the organizational capacity of youth workers, reinforce awareness raising activities in schools and colleges, coordinate concerned Government and PFDJ institutions on issues of the youth as well as develop the relationship with Diaspora youth organizations as well as design projects to develop creativity and innovation of the youth among others.

Commending the contribution of members and stakeholders in raising the political awareness and capacity development of the youth in the past six months, Mr. Saleh Ahmedin, Chairman of the National Union of Eritrean Youth and Students, called on partners for reinforced participation in the implementation of the program for the coming six months.

Seminar to nationals in Austria