From Nakfa to Sawa 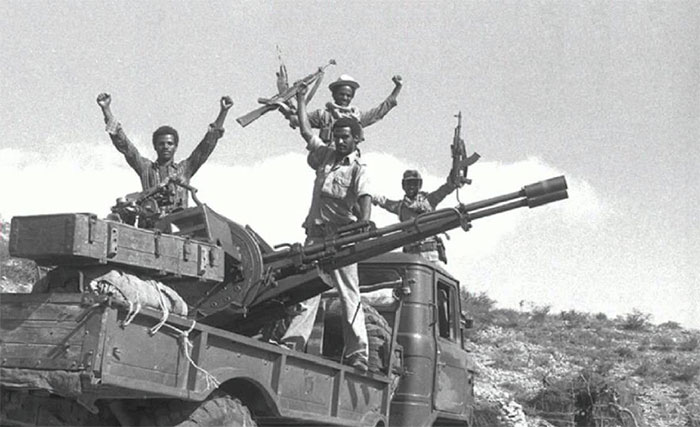 In 1994, the center of gravity of Eritrea was shifted from Nakfa during the struggle to Sawa after independence. Why? Simply, to continue the already started nation-building process! To make the future better than the present! What else? In order to ensure the security and stability of the nation. Ultimately, the list of possible answers comes thick and fast. Anyway, my principal objective here is to indicate the changing shift of “centers” and the regularities of events and meanings attached to them.

During the dark period of Ethiopian occupation, the EPLF was able to develop a vision that can see a liberated Eritrea that belongs to all; a nation united in its diversity; and, a people working together for the greater good of all.

In this perspective, Nakfa was a symbol of resilience and perseverance. In the difficult times of our struggle, where seemingly everyone and everything stood against the freedom fighters (Tegadelti in local revolutionary lexicon), Nakfa proved to be the reliable sanctuary of the Eritrean liberation struggle. Nakfa was the only place, which once liberated by the EPLF in 1976, the Ethiopian invading army could not capture again. The Ethiopian army frequently attempted to regain Nakfa saying, “Nakfa or death,” but ultimately to no avail. During the strategic withdrawal in 1978 after the massive Soviet military assistance to Ethiopia, the EPLF was forced to withdraw from the gates of Asmara to Nakfa. Thus, the Eritrean revolution shifted to Nakfa whose impenetrable mountains had been chosen as a rear base and the last line of defense. The creation of the Nakfa front, northeastern Sahel and Halhal, marked the end of the strategic withdrawal. When the fighters reached there they were determined to fight to the death and not to surrender Nakfa. The EPLF’s personnel, logistics, armaments, strategy, ideas, and, above all, the hope and revolution of Eritrea were relied upon during the defense of Nakfa. Nakfa saved the symbolic and material aspects of the Eritrean struggle for independence. As a tribute to its paramount importance during the struggle for independence, Eritrea named its currency Nakfa.

After independence, the center of gravity was changed from Nakfa in the northern tip of Eritrea to Sawa, the western tip of the country bordering Sudan. During the struggle for independence, Nakfa was the symbol of perseverance and determination and a point of reference for the fighters. After independence, Sawa has become the symbol of readiness and defense and a point of reference for the Warsay generation. The second Ethiopian war of aggression was started by the misconstruction that the Sahel/ Nakfa generation, “Yikealo”; the unified, highly disciplined and battle-hardened army, was weakened. Another errant presumption was underestimation of the military prowess and tenacity of the Sawa generation, “Warsay,” who had successfully inherited the legacy of the older Yikealo generation. 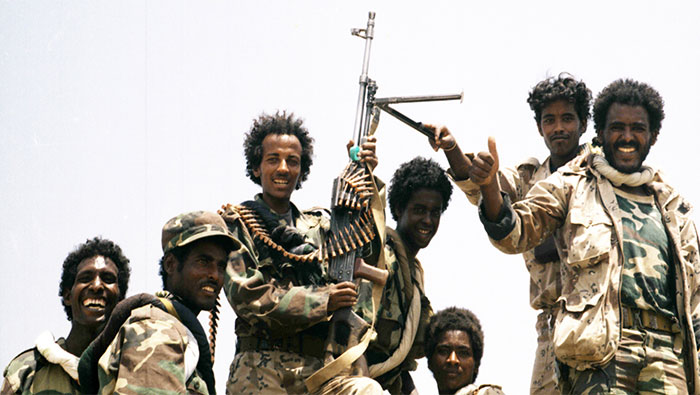 Although this was the reality, Sawa as an idea was developed as President Isaias Afwerki noted “…not because we anticipated wars or other hostilities. On the contrary, it came as a continuation of the political process on the basis of which Eritrea was built throughout the armed struggle” (ECSS 2010).

Sawa produced militarily and academically competent young men and women responsible for the development and protection of the country. To date, 34 rounds of youth have enrolled and completed their academic and military training programs at Sawa. The graduation of trainees is amongst the most celebrated and respected occasions. It is always attended by senior government officials (including the President), families and friends of the trainees, and invited guests from inside and abroad. Sawa has proven to be the heart and soul of Eritrea.

In a region where chronic ethnic and religious fault lines often spawn a spiral of dangerous internal conflicts,  the Eritrean narrative remains markedly distinct.  Indeed, in Eritrea, the national glue is strong, and Eritreans of all ages and groups interact in a refreshing climate of social cohesion and harmony. Men and women from six Regional Administrations and nine ethnic groups come to Sawa and spend one year of learning, developing, and growing together. The time that I spent in Sawa, both as a student and as an educator, was unique, transformative, and unforgettable. The friendships and acquaintances that I made in Sawa were free from the influence of time and space. The care of the enlightening trainers, the hard work of teachers, the companionship of my colleagues, and the efficient management of the place remain fresh in my memory.

The weather in Sawa was relatively hot and the trainees found out the reason why, jokingly suggesting that the sun was down from its position high in the sky to see the beautiful scene laid in the flat fields of Sawa. The beauty of Sawa emanates from the flat and clean area as well as from the youth of different ethnic groups. 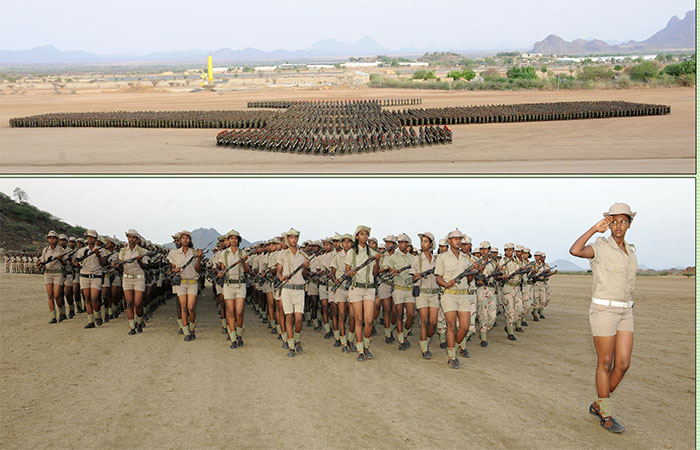 President Isaias Afwerki once said, “When we first came up with the idea [Sawa], it was only as a continuation of our revolutionary experience and not as a new innovation” (ECSS 2010). The armed struggle served as a melting pot of Eritreans from all parts of the country. After independence, “The question that we faced then was: should the process stall or continue as a cultural, social and political process for nation building? It was from there that the idea of creating Sawa originated” (ECSS 2010).

Sawa is a place where we interact with our past, understand our present, and foresee and prepare for our future. It teaches skills, lessons, and innovation, as well as developing identity and a sense of nation – all of which are needed for the reconstruction and development of the country. In this sense, Sawa represents the perpetuation of the nation-building process that was initiated during the long, hard years of the liberation struggle.