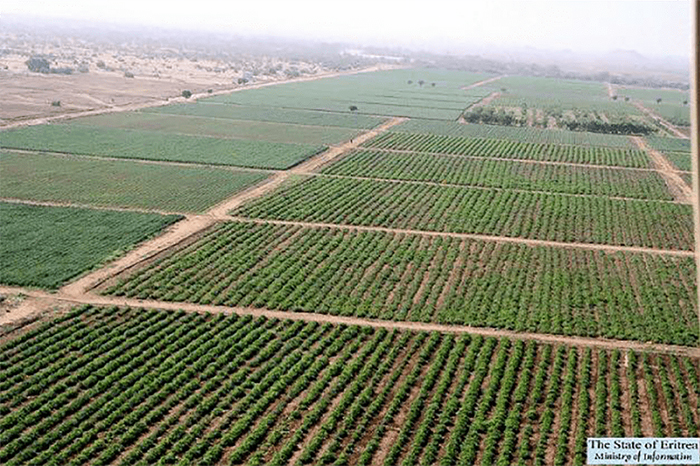 Note: This is the fourth article in a multi-part series reviewing Eritrea’s participation at the 2022 High-Level Political Forum and the country’s presentation of its Voluntary National Review report. While Part III highlighted the progress achieved on Sustainable Development Goals 3 (good health and well-being) and 13 (climate action), this article briefly reviews Eritrea’s progress on some of the other Sustainable Development Goals.

In addition to reviewing Eritrea’s progress on SDGs 3 and 13, the country’s inaugural VNR report highlighted progress in other areas of development.

To begin, progress has been achieved in reducing poverty, raising agricultural production and productivity, and ensuring food and nutrition security. The proportions of poor people and those suffering from food insecurity are believed to have declined substantially since independence in 1991.

A key part of the national strategy is reducing dependence on rainfed agriculture and modernizing the agricultural sector to increase productivity and adapt to climate change. Numerous dams and ponds have been constructed nationwide, aiming to raise availability of water for irrigation and household consumption. Additionally, a variety of initiatives are conducted by the Ministry of Agriculture (MoA) to assist farmers in increasing productivity and output, including water harvesting, increasing arable land, introducing better seeds, applying more efficient farming techniques, containing soil erosion, applying environment- and health-friendly fertilizers and pesticides, and promoting household income supplementing packages. Notably, experts from the MoA and the College of Agriculture also conduct workshops for farmers and communities. 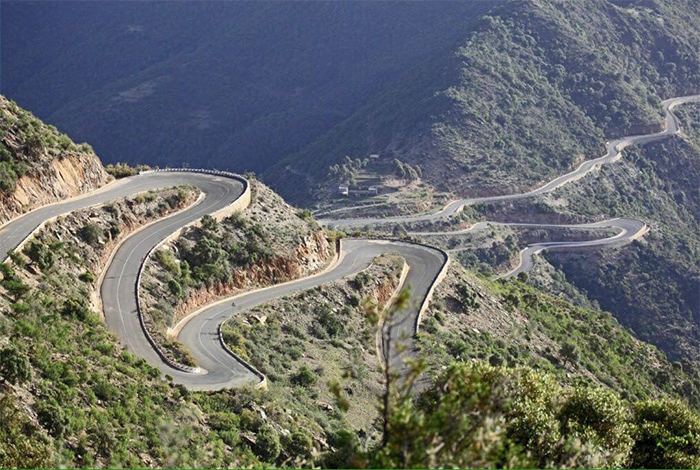 Over the years, several initiatives have been implemented in an effort to reduce poverty, promote agriculture, and improve livelihoods. The Minimum Integrated Household Agricultural Package, which provides rural household with considerable support, has reached thousands of households, many poor and headed by women, ultimately promoting food and nutrition security, reducing poverty and inequality, and ensuring that more families can lead lives of dignity. The Savings and Micro-Credit Programme, which extends loans and credit through 538 village banks, has reached more than 69,000 individuals (66 percent women) and promoted greater financial inclusion, gender equality, and economic empowerment. As well, the new civil service remuneration system, introduced in 2016/17, has led to substantial wage increases for civil workers.

In terms of education, Eritrea aims to ensure equitable access and delivery of quality education at all levels for all citizens, guided by the principle of social justice. Basic education is compulsory for both girls and boys, and child marriage legislation has been enacted and is strictly enforced, thus keeping more youths in school and helping reduce historically massive gender disparities. School feeding programs and the universal free education, covering pre-primary to higher education, ensures that every child, irrespective of background, has the opportunity to enroll in education, become literate, and maximize their potential.

Significant resources continue to be invested in expanding infrastructure. The number of schools has increased significantly, rising from 526 in 1991/92 to 1,930 in 2015/16 and to 2,254 in 2020/21. This has increased capacity, reduced overcrowding, and raised enrolments. Enrolment at all levels was 346,266 in 1997/98 and has increased to 583,269 and 619,180 in 2015/16 and 2020/21, respectively. Importantly, female enrolment continues to steadily grow and the historically huge gender gap is being narrowed. Parity between boys and girls in primary education has been achieved, while gender disparities at higher levels continue to be reduced. Overall enrolments in technical and vocational education and training are also steadily increasing (with female enrolments nearing parity), providing youths with another avenue towards employment and sustainable livelihoods.

Among the highest of Eritrea’s priorities is advancing gender equality, the empowering of women and girls, and the promoting and protection of their rights. Eritrea has signed and ratified human and gender rights instruments, as well as participated at international conferences. The country has established relevant institutional and policy frameworks, as well as detailed gender action plans, for achieving gender equality and women’s empowerment, with a particular focus on reaching the most vulnerable, in line with international and regional gender equality standards and obligations.

Recognizing the differing life conditions and experiences of women and girls, and seeking to redress past inequities and historical disadvantages or discrimination, progressive and affirmative action measures have been enacted, most notably within the spheres of education, employment, and public life. National proclamations on labour, citizenship, and land reform have been passed and are strictly enforced to guarantee women equal access to citizenship and allow them the opportunity to access and utilize land without discrimination. Moreover, national laws and firm enforcement measures help protect women from violence and also prohibit harmful, traditional practices.

Noteworthy achievements have been recorded in the areas of women’s health, education, and participation in civil, cultural, economic, political, and social life. Long-standing disparities in education continue to be narrowed, a growing percentage of women now have land and are highly active in agriculture or other activities, and women constitute about 50 percent of the country’s labour force. In addition to their primary responsibility of family care, food processing and preparation, along with community activities, women contribute significantly to crop production and subsistence farming, while also being highly prominent and influential within a range of sectors.

The water sector remains critical for development, playing a significant role in economic growth, poverty alleviation, food security, and environmental sustainability. It also contributes to modernization, industries, tourism and agricultural activities. The Ministry of Land, Water, and Environment has put in place a comprehensive policy and legal framework for effective and sustainable management of the water sector. The Water Policy promotes the principles of integrated water resources management as a means to ensuring sustainable management and utilization of water resources, as well as promoting the full participation of women in all water management and development activities. 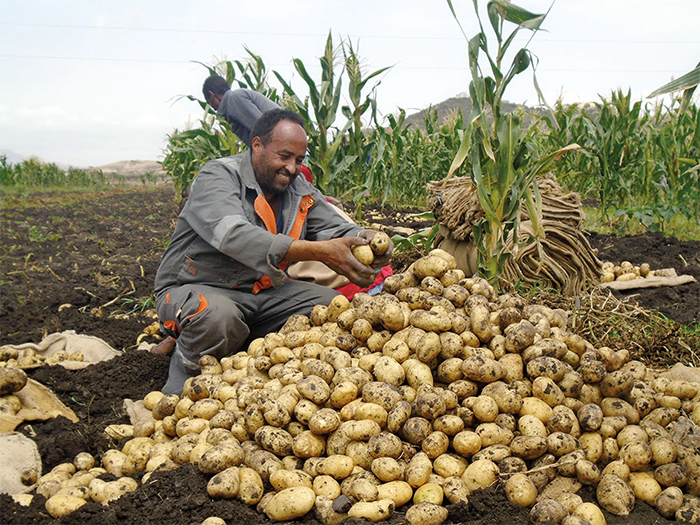 Through investments in infrastructure and conveyance systems, appropriate policies and regulations, and other efforts, access to safe, clean water has increased. The proportion of rural population with access to safe drinking water has risen from almost none (7 percent) in 1991 to 70 percent in 2021, while in urban areas access stands at 92 percent, up from 30 percent.

Regarding energy, Eritrea aims to develop the sector and ensure affordable, reliable access to electricity for all. Targets include electrifying 50 villages per year. In 2020, the percent of the population with access to electricity was about 52 percent, up from approximately 40 percent in 2010 and about 46 percent in 2015. Access in urban areas in 2020 was 76 percent, while in rural areas it was 39 percent. The completion of over 5,000 water catchments and dams, including the Hirgigo electricity project, has more than doubled the power generating capacity from 52 to 136 megawatts.

Although there is considerable still room for further expansion, Eritrea’s national road network has grown, expanding from approximately 4,930 km in 1991 to more than 15,100 km at present. Over 85 percent of cities and villages in the country are now connected by roads. Likewise, the availability of public transportation in the country has been improved. The number of buses in rural areas has increased from about 267 in 1991 to more than 2,000, while 85 percent of all cities and villages have access to public transportation.

Eritrea’s abundance of minerals, natural resources, and biodiversity, as well as its long, pristine shoreline on the Red Sea offer immense opportunities for economic growth. The presence of natural and biological resources, and their diversity, provide raw materials and inputs for domestic and commercial production along with consumption, as well as providing a range of ecosystem services which support human populations and their economic activities. In recent years, mining has emerged as an increasingly significant sector and now accounts for a large percentage of exports and FDI. Notably, the government has established favorable terms and a highly sophisticated regulatory framework, broadly consistent with global best practices. There is significant and growing foreign interest and investment, with engagement by multinational companies from around the world. Given the country’s large natural resource endowment, strong vigilance against corruption, generally attractive regulatory regime, and overall upside, there is substantial potential for further growth and expansion.

Rich biodiversity also allows for the possibility of future economic growth and holds intrinsic cultural, bequest and heritage values for the country. Importantly, Eritrea has taken concrete steps to protect its unique cultural and natural heritage. Two cornerstones for the country were the “Cultural and Natural Heritage Proclamation”, which, since 2015, lists immovable assets eligible for having national significance and the inclusion, in 2017, of Asmara in the UNESCO World Heritage List. To protect and sustainably manage both terrestrial and marine ecosystems in the country, extensive natural resources conservation measures have been undertaken by the government and development partners.

Federation of National Associations of Women in Business summit concludes