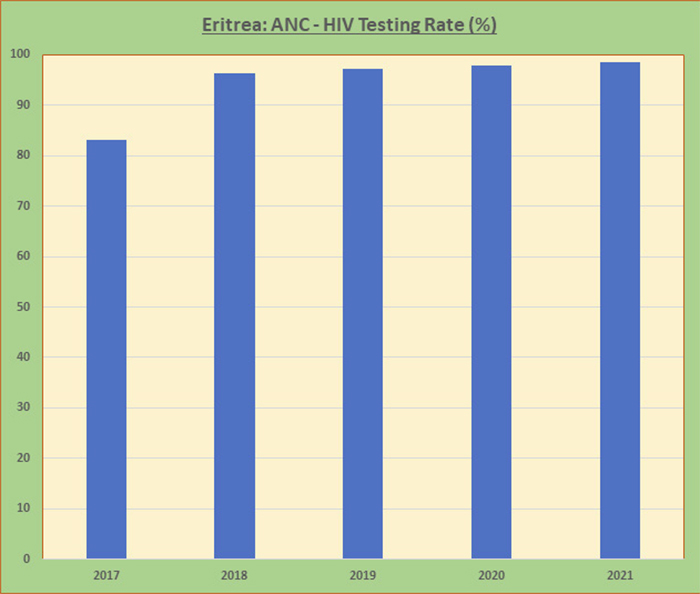 Late last month, an interesting article was featured in The Guardian, a British newspaper, exploring important progress made in HIV/AIDS prevention and control in Botswana, a landlocked country located in Southern Africa. The article, “‘A bright life ahead’: Botswana on path to seeing no babies born with HIV,” (Wednesday 20 July 2022), provided a brief overview of how the African country, which has long had one of the most severe HIV epidemics in the world and even once had the highest HIV prevalence rate anywhere on the planet, was “on its way to becoming the first African country to eliminate mother-to-child transmissions.”

On a basic human level, there is little doubt that this development is extremely noteworthy and merits praise. Encouragingly, in addition to Botswana, a growing number of countries around the world have made advancements in this area and in recent years have been certified by the World Health Organization (WHO) as having eliminated mother-to-child HIV transmission. These include: Anguilla, Antigua and Barbuda, Armenia, Belarus, Bermuda, Cayman Islands, Cuba, Montserrat, St. Kitts and Nevis, Thailand, and the Republic of Moldova.

Eritrea, too, has made improvements in this area. However, while the progress of many other countries has received attention and general coverage, Eritrea’s improvements have largely been overlooked and gone unrecognized. The following several paragraphs hope to shed a bit more light.

By way of general background, the Human Immunodeficiency Virus (HIV) weakens the body’s defense systems to a point where they can no longer fight off infections and diseases. The most advanced and severe stage of HIV infection is referred to as Acquired Immunodeficiency Syndrome (AIDS), which can take anywhere from 2 to 15 years to develop, depending on the particular individual.

HIV/AIDS has become one of the world’s most serious health and development challenges since the first cases were reported in the early 1980s. Approximately 84 million people have become infected with HIV during the subsequent 4 decades. At present, it is estimated that there are approximately 38 million people living with HIV around the world, while tens of millions of people have died of AIDS-related causes over the years.

Globally, children under the age of 15 account for about 5 percent of all people living with HIV, approximately 10 percent of new HIV infections, and around 15 percent of all AIDS-related deaths. Perinatal transmission of HIV, also called mother-to-child transmission, is when HIV is passed from a woman with HIV to her child during pregnancy (the foetus is infected with HIV through the mother’s blood crossing the placenta), childbirth, or breastfeeding (through breast milk). Mother-to-child HIV transmission accounts for more than 90 percent of all new childhood infections and children under 1 year of age are among those most vulnerable to HIV.

In Eritrea, considerable efforts and investments have been made over the years to combat the scourge of HIV/AIDS. Through strong political commitment and leadership, the hard work of a highly dedicated healthcare workforce, sustained implementation of high-impact interventions, and a well-coordinated multi-sectoral approach, notable success has been achieved in halting the spread of HIV and sustaining a decline in prevalence and incidence in the country. 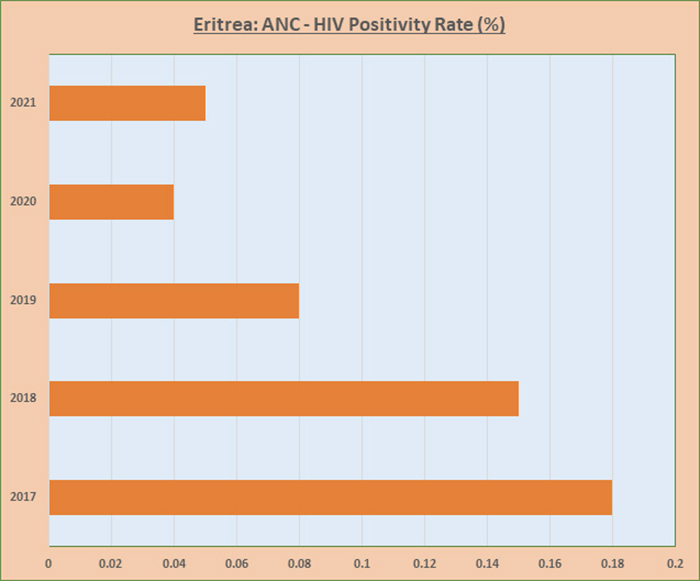 A fundamental component of the multifaceted national strategy to combat HIV/AIDS is the prevention of mother-to-child transmission. There has been a considerable expansion in access to prevention-related services and HIV testing during antenatal care visits for pregnant women is now almost universal, standing at about 99 percent. This is a substantial increase from approximately 83 percent in 2017. (Antenatal care visits among all pregnant women is also nearly universal.) The Ministry of Health encourages testing, along with counseling, as early as possible during each pregnancy, as the earlier that HIV is detected, the sooner that medicines can be initiated and transmission from mother to newborn more effectively prevented.

In addition, through various public awareness campaigns and educational programs maternal knowledge about mother-to-child transmission continues to steadily rise nationwide, while there has been an increase in the number of pregnant women living with HIV being provided with safe, effective medicines (referred to as antiretrovirals). HIV medicines both reduce the risk of perinatal transmission of HIV and protect the mother’s health. They are provided completely free of charge (including refills) and the number of sites in the country offering them has increased from 21 in 2013 to 53 in 2020 (located in all 6 regions of the country), ultimately leading to improved access and reduced dropouts. Furthermore, comprehensive services for routine viral load monitoring and early infant diagnosis are conducted in a growing number of health facilities and are also provided free of charge.

Of note, the HIV positivity rate among pregnant women in testing has been significantly reduced in recent years, dropping from about 0.18 percent in 2017 to about 0.05 percent in 2021. Similarly, the mother-to-child transmission rate in Eritrea continues to steadily drop, and it is estimated to be less than 1.8 percent. Simply, in Eritrea fewer and fewer children – at present only a small handful – are being born with HIV. Remarkably, during the past year, there has not been one child born with HIV in the country. For context, globally it is estimated that in the absence of interventions, the rate of transmission of HIV from a mother living with HIV to her child during pregnancy, labor, delivery, or breastfeeding ranges from 15 to 45 percent.

Collectively, these developments are not only signposts of major progress and extremely positive, but they also position Eritrea to apply to the WHO for validation and ultimately certification of elimination of mother-to-child transmission of HIV.

Eritrea’s various efforts to combat HIV/AIDS, and to prevent mother-to-child transmission in particular, have resulted in remarkable success across the years. They are helping to tangibly improve the health and life expectancy of pregnant women living with HIV, as well as to reduce the risk of transmission of the virus to their offspring. Quietly, the country is working to ensure a bright life ahead for all Eritrean newborns and demonstrating that an HIV/AIDS-free generation may be possible.