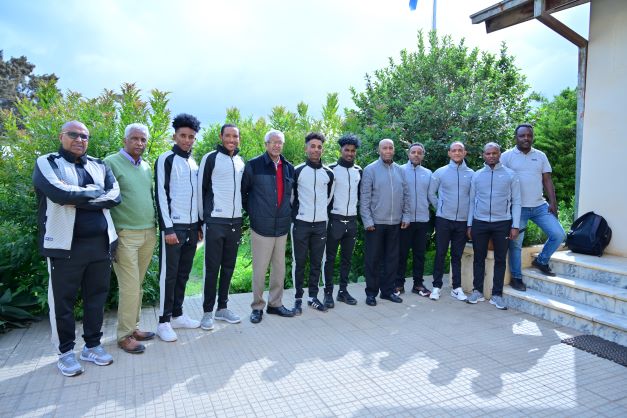 Asmara, 15 August 2022- Eritrea’s Cycling National Team under 23 departed today, 15 August, to participate in the ‘Tour D’Avenir’ that will take place from 18 to 28 August in France.

At the farewell ceremony in which heads of cycling federations took part, Ambassador Zemede Tekle, Commissioner of Culture and Sports, wished good luck to members of the national team and called for integrated team effort so that they keep the standard of Eritrea in the under 23 cycling competitions.

The Cycling National Team under 23 which is the only African team to be honored at this prestigious competition will compete with 27 national teams.

The ‘Tour D’Avenir’ will incorporate 10 stages covering over 1 thousand 130 kilometers.