Call for regular surveillance on prevalence of pests 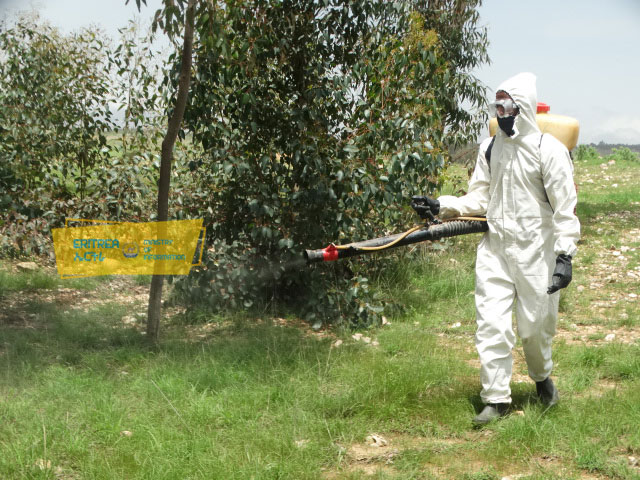 Asmara, 19 August 2022- The Ministry of Agriculture called on the public to conduct regular surveillance on migrating pests in general and that of burnous that could occur with the existing good rainfall season.

Explaining of the prevalence of burnous over 100 hectares of land in the Central Region in July, the Ministry said that as a result of the rapid response taken the pest has been put under control.

The prevalence of the pest in the villages of Weki-Diba and Adi-Hamushte was put under control with strong participation of the residents, agricultural experts as well as adequate supply of pesticides.

Mr. Bereket Ghile and Mr. Nardos Araya, agricultural experts in the region, on their part said that they were well prepared with manpower and pesticides for they had received prior information from the Ministry of Agriculture’s early warning office.

Likewise, according to the information released by the World Food and Agriculture Program on 11 August, with the ample distribution of rainfall stretching from Mauritania to Eritrea favorable situation could be created for the prevalence of desert locusts.

The Ministry of Agriculture has hence called on the public especially those that live in areas suspected for locust breeding areas to sustainably conduct follow-up and surveillance and inform nearby agricultural offices in case of suspecting the occurrence of the pest.