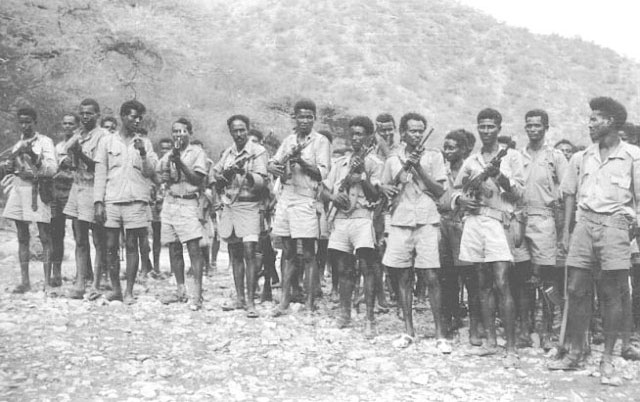 On September 1, 2022, Eritreans will mark the 61st anniversary of the start of the armed struggle for independence.

During the dark period of colonization (1890-1991), the Eritrean people were stripped off their human dignity by successive colonialists. Following Italy’s defeat in World War II, Eritrea was federated with Ethiopia against the wishes of the Eritrean people. When Ethiopia abrogated the bogus “Federal Arrangement’’ and annexed Eritrea and the international community refused to act, Eritreans were left with no choice but to transform their political struggle for self-determination to an armed struggle. This was the backdrop of September 1st when Hamid Idris Awate, fired the first bullet that signaled the beginning of the armed struggle for independence on September 1st, 1961.

The Eritrean armed struggle for independence, which lasted for 30 years, is recorded in the annals of liberation struggles as unique experience with far reaching consequences. It was ignited at Mount Adal, near Sawa, Gash Barka region. When Awate and his companions engaged the Ethiopian occupation forces for the first time, he is reported to have said, “Today, Azzanit (the name given to his rifle) has announced the severing of the last link between us and the occupier. From now onwards there will be no resting.”

The fighting spirit and love of freedom of the heroic freedom fighters have changed the course of history and the destiny of the country that had been trampled upon by successive colonizers. The first generation of fighters awakened the national will to fight and sacrifice for Eritrea’s independence. The spark of the Eritrean armed struggle that was ignited by Awate and his companions spread like a wildfire that could not be extinguished by any force.

The victory of the Eritrean revolution is closely tied to the faith of Eritreans. Throughout the thirty years of the bitter struggle, faith in internal capability was the foundation for the victory. It is not faith in firepower but faith in the irrevocable words of the first-generation of freedom fighters and the Eritrean 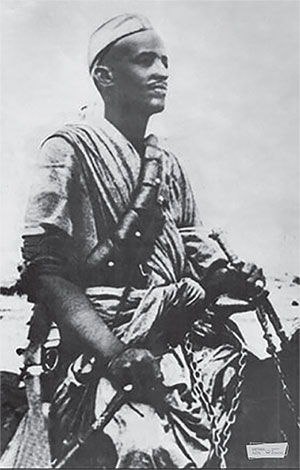 people. Eritrea’s independence came after a period of formidable fight against the occupations force that was supported by the US-led western and USSR camps at alternating periods.

Despite their myriad disadvantages, the Eritrean people fought a successful uninterrupted battle against colonization and their agents. During the struggle, Eritreans united their forces and mobilized their resources in such a way as to confront enemies that were by far superior in numbers and in weaponry.

The EPLF embarked on a revolutionary path with a strong belief in the tenacity and resilience of the Eritrean people. Its rectification and intensification of the revolution helped the struggle to advance and eventually succeed in achieving independence. The revolutionary war the EPLF led had clear political objectives and a well-known means of struggle. As a result, the revolution succeeded to eradicate colonization and bring about tremendous socio-cultural transformations in the Eritrean society. Eritrean armed struggle liberated the people, restored their human dignity, and established an independent and sovereign country.

In abstract legal terms, the United Nations has responsibility to work for the maintenance of world peace and security. In fact, following the end of WWII, the nascent United Nations declared that colonialism was in contradiction with the principles of international law and the United Nations Charter. Indeed, in 1960, a year before the launching of the Eritrean armed struggle, the United Nations General Assembly passed Resolution 1514 (XV) that granted independence to colonized countries and peoples.

Yet, this universal principle was not applied in the Eritrean case. As it happened, US perceived “strategic interests” was given precedence over international law in a new world order where the major powers held sway and international issues settled through political horse-trading and/or diplomatic clout of the super powers.

Clausewitz, a Prussian general and military strategist, declared that “war is the continuation of politics by other (violent) means”.The Eritrean armed struggle was, therefore, inevitable as it was born out of the irreconcilable contradiction that existed between the Eritrean people and the colonizers. It came into being when these contradictions had developed to a point where no peaceful solutions were offered. 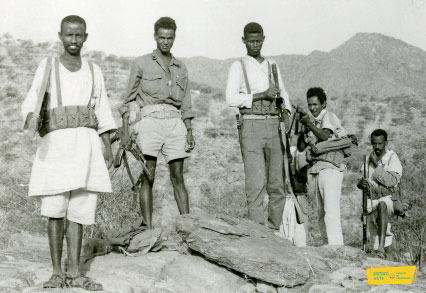 Eritrea’s armed struggle restored the Eritrean people’s inalienable right to political freedom and the exercise of their sovereignty and the integrity of their national territory. The struggle entailed both armed and political dimensions and the participation of the broad masses. The political and armed struggle were complementary and together helped achieve the objectives of the revolution.

The Eritrean armed struggle that started on 1st September 1961was not wedged only against external forces of oppression but also to bring about a socio-economic change in the society. The EPLF turned the armed struggle into a revolution that builds a society with a new mentality characterized by unity, equality, liberty, active participation, self-reliance, nationalism, hard work, and Eritrea’s entrenched respect for the rule of law as epitomized in the rich, centuries-old, Customary Laws that enjoyed full and effective jurisdiction over Eritrean communities.

Seminar to nationals in Khartoum