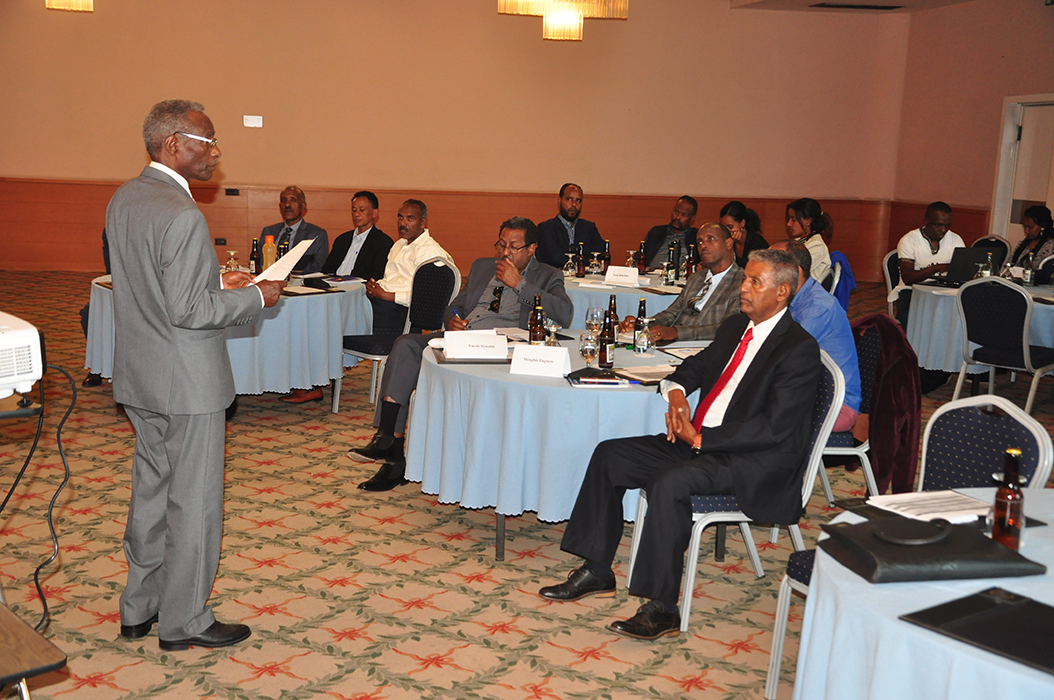 Asmara, 02 September 2022- The Auditor General of Eritrea in cooperation with African Organization of English Speaking Supreme Audit Institutions (AFROSAL-E) organized workshop from 29 August to 2 September in Asmara aimed at developing the capacity of members.

Speaking at the event, Mr. Gerezgihier Gebremedhin, General Auditor of Eritrea, indicating that the workshop was in continuation of the effort to develop the capacity of members, commended the African Organization of English Speaking Supreme Audit Institutions for organizing the workshop.

Mr. Gerezgihier Gebremedhin also called on the participants of the workshop to apply the knowledge they gained in effectively carry out their daily activities.

Mr. Gorden Amnon Kandero, representing the Organization of English Speaking Supreme Audit Institutions in Africa, gave broad briefing on the mandate and objective of the Office of the Auditor General as well as on the principles and concepts of auditing.

Seminar to teachers and students of Warsai-Yikealo School

You Can Have Your Opinions, But Not Your Own Facts