Western Hypocrisy and Double Standards: Ever-Present in the Horn of Africa 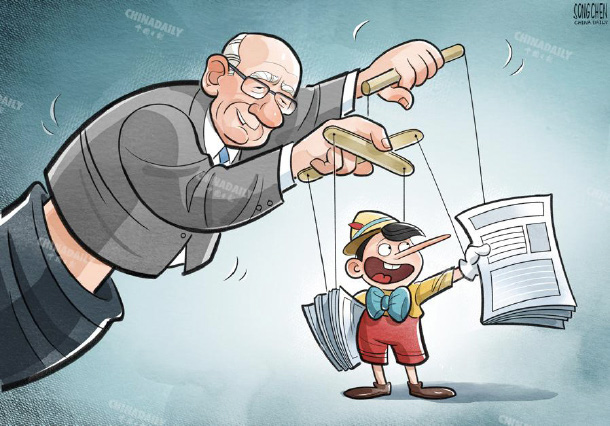 Western hypocrisy and blatant double standards are a dominant, ever-present feature of the modern international system. In their collective approach and policies toward the countries of the Horn of Africa, in particular, powerfully vivid illustrations of the West’s double standards and sheer hypocrisy abound. They are seen quite easily, in fact.

We see them, for example, in how the West, led by the United States with its dutiful lieutenants in tow (which includes not only like-minded countries but also an array of organizations and institutions), continues to feverishly express outrage at the efforts by countries of the Horn to strengthen bonds, establish genuine cooperation, and tackle mutual challenges, rooted in a shared vision of a region that is safe, at peace, and prosperous. Yet, the Western countries that incessantly condemn these efforts are themselves all active members of a wide range of security frameworks and military alliances. What is also particularly perverse and incredibly cynical about Western condemnations of the Horn’s efforts to cooperatively address major, in fact often existential, regional problems is that so many of those problems can directly be traced to the West’s long history of inept policies and fundamentally flawed approach to the region.

We see them, for example, in how the West disparaged the recent security collaboration between Eritrea and Somalia. Many Western reports spread false claims about the cooperation between two sovereign, independent states, insinuating “malign desires” on the part of Eritrea and plots about seeking regional hegemony. Others projected only failure. Of course, it is the West, never shy in touting its own supposed “accomplishments” and “contributions” to making the Horn more secure and stable, which boasts a truly dismal and catastrophic record in Somalia. Recall that al-Shabab, previously a bit-part, inconsequential group, was a direct outgrowth of the disastrous and illegal 2006/7 invasion and occupation of Somalia by TPLF-led Ethiopia (conducted with the support and backing of the United States). In the years since, the United States has conducted more than 250 airstrikes and ground raids in Somalia, while training and arming an array of proxy forces and providing billions in security assistance (with billions more provided in humanitarian and development assistance). Despite this, Somalia continues to see a steady rise in militant Islamist events and fatalities, and al-Shabab remains powerful in its ability to conduct complex attacks (locally and across the region). The group holds power in wide swaths of the countryside and runs a shadow state complete with courts and tax authorities.

We see them, for example, in how Western rhetoric and policy may espouse human rights values, yet Western criticisms of human rights violations are fundamentally conditioned on the degree to which other countries (or certain groups) fall in line behind Western preferences and obey the West. Thus, states and groups, such as the TPLF, that are closely aligned with the West or never hesitate to do the West’s bidding, have their destructive actions whitewashed and their long list of horrific crimes completely ignored or expunged from the historical record.

We see them, for example, in how there has been unrelenting condemnation of Eritrea and Ethiopia for responding to the TPLF’s premeditated, large-scale military attacks that aimed to bring about violent regime change and redraw international and internal borders. Yet, again, the same Western countries that have been the loudest and most persistent in condemning Eritrea and Ethiopia for carrying out the primary and most basic functions of any state – safeguarding national security and ensuring the safety of the population – themselves have a long and rather bloody history of waging pre-emptive wars and launching military actions (in the process flagrantly violating international laws and resolutions of the United Nations), which they couch in terms of national security, even when that rationale is completely nonexistent or barely applicable.

We see them, for example, in how the West so frequently proclaims its deep concern for the people of the countries of the region. However, the West has, time and again, saddled the countries with unilateral sanctions, as well as a spate of additional hostile restrictions and coercive measures. These sanctions and hostile measures are not only immoral and unjust, they are illegal. They directly contravene international law. For all intents and purposes, they represent war by other means. They seek to inhibit trade, credit, loans, and investment, restrict critical materials and much-needed resources, and subvert developmental efforts. All with the central aim, of course, of bringing about poverty, hunger, desperation, and the overthrow of the targeted government. Ultimately, the sanctions and coercive measures have (and continue to) hurt civilians most of all, especially women, children, the elderly, and other vulnerable groups within the countries targeted by the sanctions.

We see them, for example, in the West’s repeated warnings about the humanitarian crisis in the Tigray Region of Ethiopia. Yet, somehow, the same Western countries and organizations sounding the alarms have failed to genuinely condemn the root cause of the humanitarian crisis and the most potent threat to Tigray, Ethiopia, and the wider region: the TPLF. Tellingly, the TPLF’s forcible military recruitment (including of refugees), conscription and drugging of children, use of human waves, pillaging of neighboring regions, politicization of humanitarian assistance, and military diversion, as well as outright theft, of aid have all been entirely ignored by the West, notwithstanding the latter’s frequent humanitarian warnings.

We see them, for example, in how the West keeps its collective voice silent whenever the TPLF launches deadly attacks against neighboring regions and countries. However, as soon as those on the receiving end of the TPLF’s violent attacks begin to defend themselves and counter the group’s destructive invasions, a fundamental right that is enshrined in international law (such as the United Nations Charter), the West suddenly finds its voice and calls for the need for “peace” and expresses their “concern”.

We see them, for example, in how the West alleges “foreign interference” by this or that country in the Horn, all the while the West’s own history is filled with one case after another of it disastrously interfering in other countries and dictating or changing their governments – through destructive campaigns of mass murder, military coups, arming guerrilla groups, the abolition of democracy, systemic disinformation, and the imposition of iron-fisted despots, savage juntas, and puppet regimes. Remarkably, a database maintained by Tufts University has shown that in the period between 1776 and 2017, the United States – among the leading voices condemning Eritrea and Ethiopia’s defensive measures against the TPLF’s military aggression – has itself undertaken over 500 international military interventions around the world (with military involvements increasing in recent years and decades).

We see them, for example, in how so many of the Western voices that so loudly warn of the toxicity of disinformation in relation to the events within the Horn of Africa are, in fact, among the most aggressive and destructive purveyors of disinformation.

We see them, for example, in how Western countries never hesitate to declare the fundamental importance of freedom of speech and assembly, as they pompously lecture the Horn about the alleged absence of these freedoms throughout the region. Yet, as has been so richly demonstrated in recent days and weeks, so many of these Western countries have also not dithered in denying these exact same freedoms from their own citizens (specifically those who originally come from Eritrea) as the latter seek to peacefully come together in celebration of the rich history and culture of their origin nations. For the West, these celebrations cannot be permitted, pontification of freedom of speech and assembly be damned, because they only serve to powerfully illuminate how truly hollow and utterly groundless the prevailing Western narrative of Eritrea, and the wider Horn, actually is.

We see them, for example, in how Western organizations and media seem to only hold up Westerners as experts and authoritative voices, even if these individuals cannot speak the languages of or have never actually set foot in the countries on which they opine. Astonishingly, these individuals, based in Western capital thousands of miles away, are even described as experts of entire countries (or, more amazing, the whole region), and they are regarded as leading authorities despite often boasting a long track record of only highly flawed assessments and wildly inaccurate predictions. At the same time, thoroughly qualified and highly experienced individuals from the Horn are rarely looked to for their views or analyses of their own countries or region, let alone ever invited to pass judgment or share thoughts on events and issues that unfold in the West.

We see them, for example, in how the West sensationalizes, exaggerates, or solely focuses on “negative” aspects about Eritrea and the Horn, all the while ignoring relevant challenges, failing to provide appropriate context, and downplaying or omitting “positive” developments in the country (or region). In the process, the West seeks to keep hidden the fact that Eritreans (and those from the broader region) have agency and they can – and actually often do – find creative answers, develop sophisticated, effective solutions, and produce things of considerable merit. Instead, the West seemingly aims to perpetuate the myth, dripping with colonialist hubris, that no problems can be solved, that no challenges or obstacles can be surmounted, that no true progress can be made, unless it is Westerners that are doing the planning, leading, directing, and implementing.

We see them, for example, in how rich Western countries assume the moral high ground on climate change action, while they totally deny their overwhelmingly far greater responsibility for both historic and contemporary greenhouse gas emissions. Those who bear the least responsibility for climate change, such as countries in the Horn and across Africa, are the ones who suffer the most. Meanwhile, Western countries continue to fail to follow-up on lofty promises and repeated commitments to provide help to cope with climate-related losses and damages, while promoting policies that ignore energy justice and deny African countries a legitimate path to meet their minimum energy needs. Most recently, without a scintilla of shame, the same Western countries that have been working to halt international aid funding to fossil fuel projects in Africa (and the wider developing world) have been scrambling to secure the continent’s oil and gas (as Russia threatens to permanently turn off the taps to Western countries).