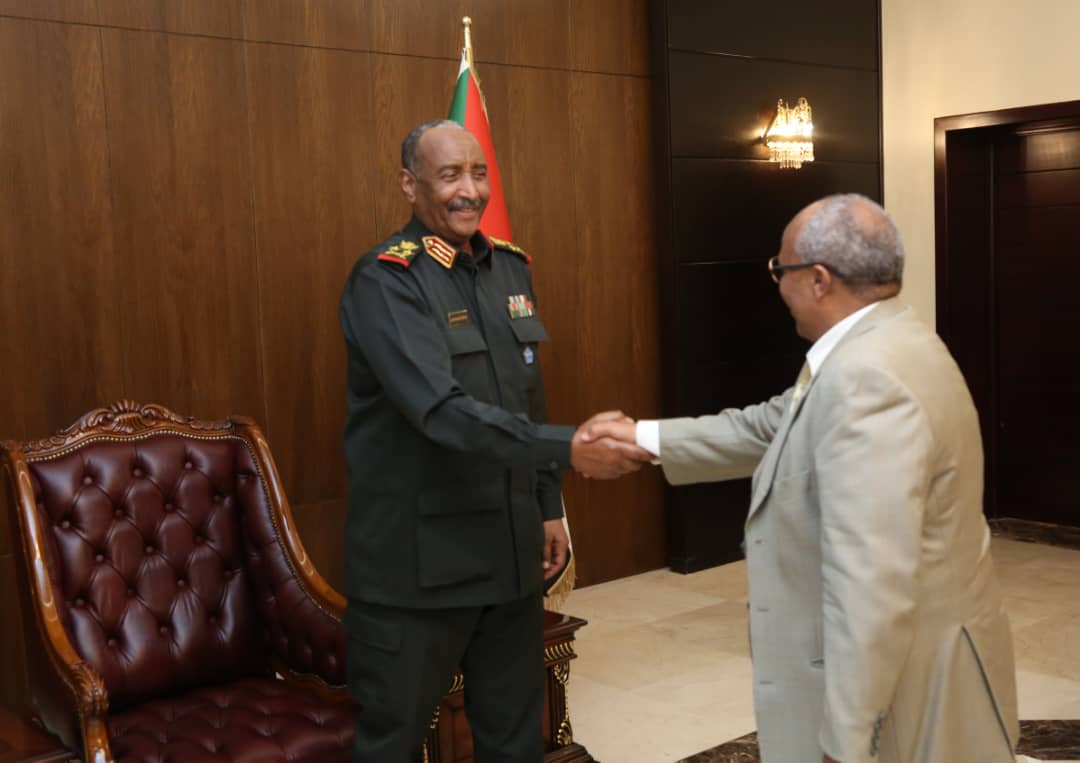 At the meeting the two sides reviewed the progress of the programs that have been initiated to develop the relations between Eritrea and Sudan.

Ambassador Isa Ahmed Isa also reaffirmed that Eritrea will continue the initiative to bring stability in Eastern Sudan as well as in strengthening the friendship between peoples of the two countries.

Gen. Abdul Fatah Al Burhan on his part commended the people and Government of Eritrea for standing along the independent choice of the people of Sudan in general and the all rounded support of President Isaias Afwerki is extending to the Sudanese people.

Expressing appreciation for the effort Eritrea is exerting to create peace and stability in the region, Gen. Al-Burhan expressed readiness to work for the development of the historical relations between Eritrea and Sudan to the highest level.