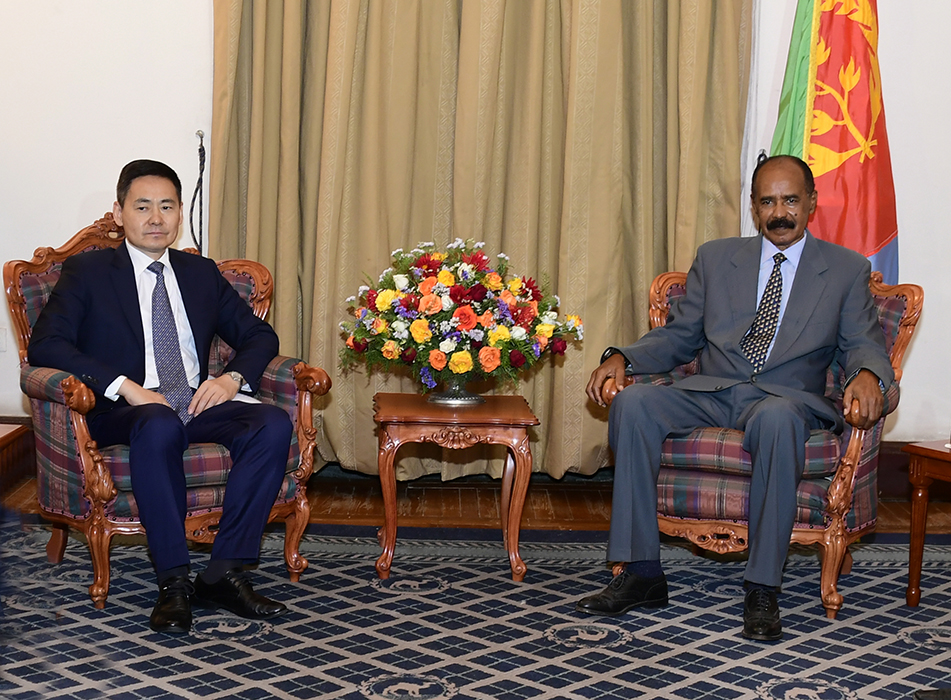 Asmara, 17 September 2022. President Isaias Afwerki met and held talks with the Special Envoy of the People’s Republic of China to the Horn of Africa, Ambassador Xue Bing, at Denden Guest House in the evening hours of yesterday, 16 September.

In their meeting, President Isaias and Ambassador Bing discussed modalities of deepening their bilateral cooperation in Eritrea’s priority areas of development. Both parties also further agreed that development cooperation must be pursued within the framework of its regional economic linkages.

Ambassador Xue Bing in his part stressed China’s readiness to contribute toward regional efforts of conflict resolution and for sustainable peace and partnership.

President Isaias mentioned the global importance of the forthcoming 20th National Congress of the Chinese Communist Party and wished success.

The meeting was attended by Mr. Osman Saleh, Minister of Foreign Affairs, Presidential Adviser Mr. Yemane Gebreab, and Mr. Hagos Gebrehiwet, Head of Economic Affairs of the PFDJ, as well as Mr. Cai Ge, Ambassador of the People’s Republic of China to Eritrea.

It is to be recalled that the Special Envoy of the People’s Republic of China to the Horn of Africa, Ambassador Xue Bing conducted a similar visit in March this year.