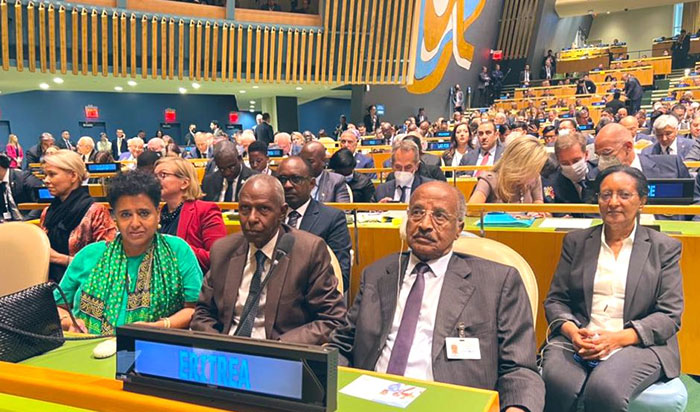 At the meeting Minister Osman Saleh held with Mr. Carlos Faria Torsoa, Minister of the People’s Power for Foreign Affairs of the Bolivarian Republic of Venezuela, the two sides discussed bilateral diplomatic relations as well as cooperation and solidarity at multilateral fora; both sides also agreed to further deepen their consultations and broaden relations. They further reaffirmed their commitments to strengthen the Group of Friends in the Defense of the UN Charter, to which they are members.

Minister Osman Saleh also held extensive discussion with his Algerian counterpart Mr. Ramtane Lamamara, Foreign Minister of Algeria, focusing on global, continental and regional matters. Both sides recognizing Africa’s marginalization on the global stage urged for its rightful position and appropriate consideration of its voices. Appreciating their countries’ similar positions in most continental and regional as well as international issues recalled the historical, political and cultural ties between the two peoples; and vowed to continue their consultations in either of their capitals. 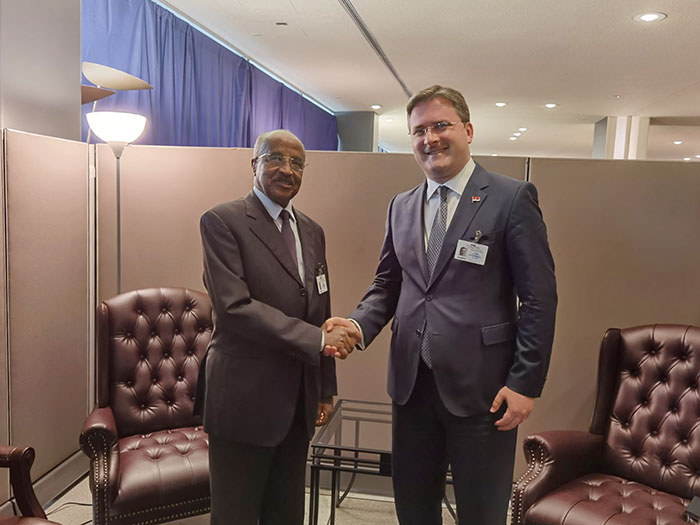 Minister Osman Saleh also met with Mr. Demeke Mokonnen, Deputy Prime Minister and Foreign Minister of the Federal Democratic Republic of Ethiopia, and discussed on regional dynamics, including mutual challenges and opportunities, and stressed consolidating and strengthening bilateral relations of the two brotherly peoples and countries. 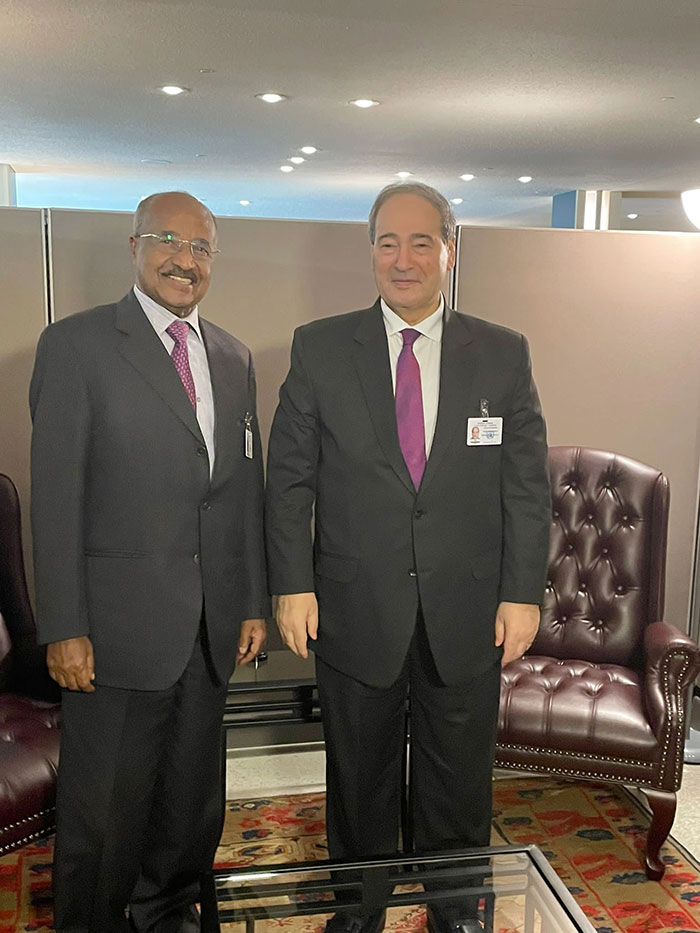 At the meeting Minister Osman Saleh held with Mr. Fayssal Mekdad, Minister of Foreign Affairs and Expatriates of the Syrian Arab Republic, revisited the historical, political, social and cultural relations of the two brotherly peoples. Mr. Fayssal Mekdad expressed his country’s appreciation for Eritrea’s strong support and solidarity during the difficult times of his country.

Minister Osman Saleh also participated in the Ministerial Meetings of the Non-Aligned Movement, Group of Friends in the Defense of UN Charter, Least Developed Countries, and the Group of 77 and China as well as in various high-level meetings and side events including the Transforming Education Summit.