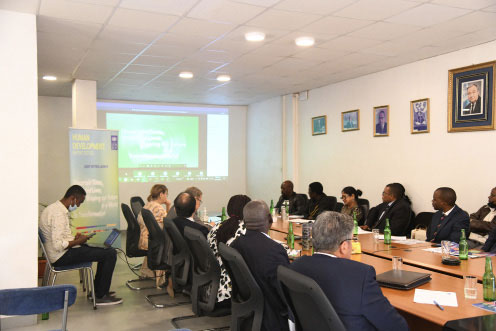 Earlier this month, the 2021/22 Human Development Report (HDR) – which is entitled “Uncertain Times, Unsettled Lives: Shaping our Future in a Transforming World” – was released worldwide. A little over a week ago, the report was formally launched here in Asmara, the capital, during a gathering attended by representatives from local ministries and institutions, the United Nations system in Eritrea, and other international stakeholders and partners. The following paragraphs provide a basic overview of the HDR, while also briefly summarizing Eritrea’s results.

The HDR is an annual development report published by the Human Development Report Office of the United Nations Development Programme. Released in almost every year since 1990, HDRs present “independent and analytically and empirically grounded discussions of major development issues, trends, and policies.” They continue to have an extensive influence on the development debate worldwide and are an important tool for raising global awareness and understanding about human development. HDRs are ensured of editorial independence through the United Nation’s General Assembly.

HDRs are guided by the human development approach, which is centered on expanding the richness of human life. Developed by the Pakistani economist Mahbub Ul Haq, and anchored in the Nobel laureate Amartya Sen’s work on human capabilities, this approach emphasizes that people and their capabilities should be the ultimate criteria for assessing human well-being and the development of a country – not just economic growth.

A key element of HDRs is the Human Development Index (HDI). First introduced 32 years ago, the HDI is a statistic composite index reflecting average achievement in three basic dimensions of human development: a long and healthy life, knowledge, and a decent standard of living. It serves as a useful frame of reference for monitoring the long-term progress in a country’s social and economic development.

The three individual components of the HDI are measured through four separate indicators: life expectancy, which is the number of years a newborn infant could expect to live if prevailing patterns of age-specific mor¬tality rates at the time of birth stay the same throughout the infant’s life; expected years of schooling, which is the number of years of schooling that a child of school entrance age can expect to receive if pre¬vailing patterns of age-specific enrolment rates persist through¬out the child’s life; mean years of schooling, which is the average number of years of educa¬tion received by people ages 25 and older, converted from ed¬ucation attainment levels using official durations of each level; and gross national income per capita, which is the aggregate income of an economy generated by its production and its ownership of factors of production, less the incomes paid for the use of fac¬tors of production owned by the rest of the world, converted to international dollars using purchasing-power parity rates, divided by the midyear population. (Several of these indicators were first included in calculating the HDI in 2010, largely in response to questions and criticisms raised with regard to other indicators that had previously been used.)

Importantly, while the HDI has undergone modifications and represents a significant overall improvement on our past understandings or assessments of development, it is not completely devoid of limitations or free of shortcomings. For instance, human development remains a broad, highly complex, multidimensional concept which cannot be fully captured within one composite. While the HDI certainly offers useful insights through its coverage of three dimensions (a long and healthy life, knowledge, and a decent standard of living), other important dimensions of human well-being are not measured. In addition, there have been issues raised with the current set of indicators used for the HDI (for instance, the quality of years of education attained is not accounted for, while the expected years of schooling is not strictly comparable across countries because the length of the school year is not the same in each country). 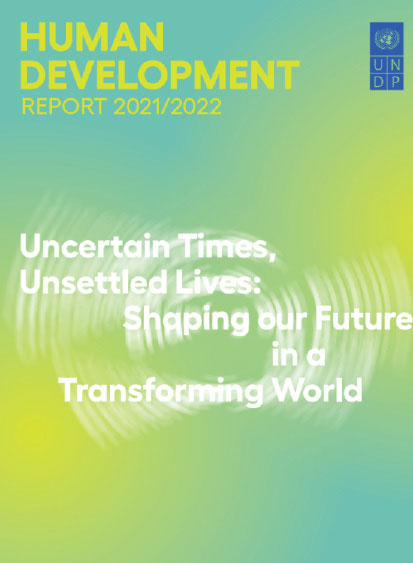 Shifting now to this year’s edition of the HDR, the UNDP reports that for the first time in the 32 years that it has been calculating it, the HDI has declined globally for two years in a row. Human development has fallen back to its 2016 levels, reversing much of the progress towards the United Nations Sustainable Development Goals. The massive reversal is nearly universal as over 90 percent of countries have registered a decline in their HDI score in either 2020 or 2021 and more than 40 percent of countries registered a decline in both years. Multiple crises have contributed to these recent trends, including the global COVID-19 pandemic, sweeping social and economic shifts, and dangerous planetary changes, among others.

Speaking about the recently released HDR and Eritrea’s trends over the long run, James Wakiaga, the UNDP Representative in Eritrea, observed that there has been “good progress”, particularly in terms of life expectancy, which helps to accentuate the country’s broader improvements within health. (Note that life expectancy is now 67 years, compared to 52 years in 2000.) However, as was similarly indicated in Eritrea’s inaugural Voluntary National Review (presented at the United Nations in July), there are also many areas that the country is focusing on for improvement. These include: technological advancement; environmental sustainability, renewable energy, and climate change mitigation and adaptation; access to social services and water; gender equality and women’s empowerment; universal health coverage, improving access to quality of education; and strengthening skills of young people, women, and other populations so that they can fully participate in the economy as drivers of change.