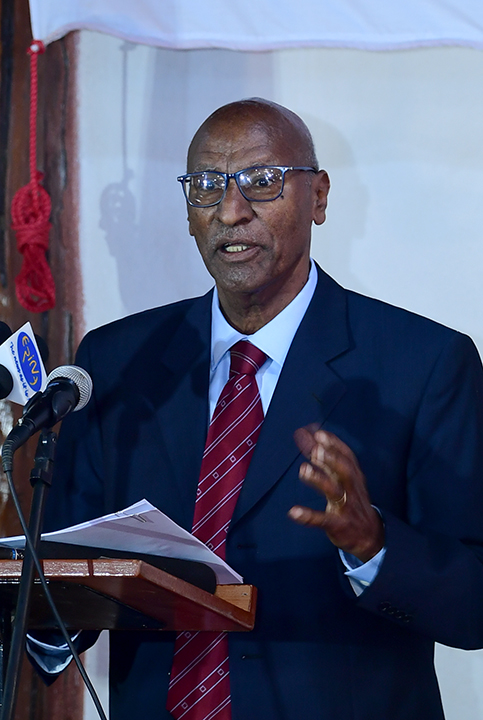 This year’s World Food Day theme is “Leave no one behind”, “Better Production, Better Nutrition, Better Environment and Better Life”.

This matches very well with our strategy which is elaborated as follows;

In Eritrea, the challenge of food production starts from its location.  As Eritrea is situated in the Sahel region, lack of enough and regular rainfall and moisture is the main limiting factor for food production. Hence the number one priority of the Government has been and still is implementing soil and water conservation programs both on and off farm. Accordingly, numerous dams of different sizes were built over the past 30 years, mainly for irrigation. Around the bigger dams the government has also built several access roads, dry and cold stores. Additionally, the government has invested a lot to expand modified rain-fed agriculture and spate irrigation in the eastern and western lowlands as well as pressurized irrigation schemes.

To increase production and productivity, the government is also assisting small holder farmers as well as small and medium scale commercial farmers through the introduction of high yielding varieties and bio-fertilizers and pesticides. Moreover, the government is working to create conducive environment including land tenure security, development of market infrastructure, better access to inputs, credits and extension services as well as strengthening of Farmers’ Cooperatives.  While we are dealing with better production, I am glad to announce that we are poised for a very good harvest this year thanks to the gracious rainfall and the coordinated effort of farmers and the government. 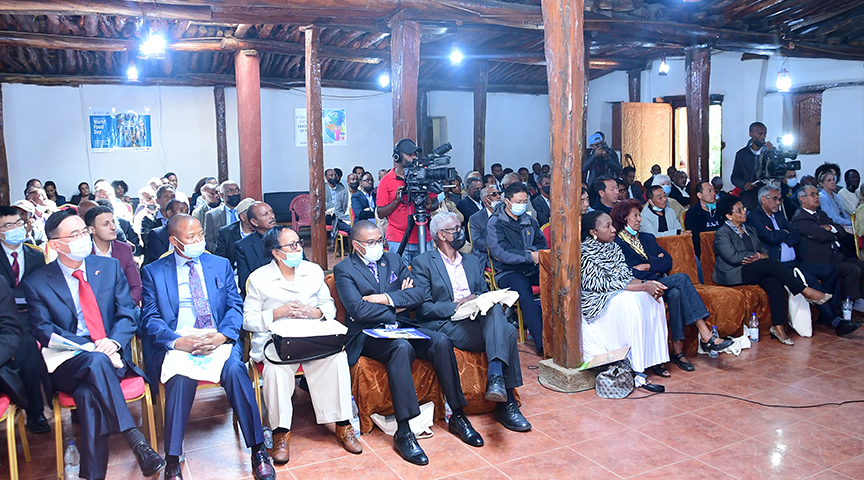 Until recently enough emphasis was not given to nutritional aspect of food security. Under the influence of global approach which focuses on “cereal security” even among cereals, the world in general and Africa in particular, has lost its crop diversity to wheat and rice.  In our case, it was only in 2013 that our flagship project the MIHAP that is the Minimum Integrated Household Agricultural Package started to be implemented.  With the advent of this project which integrates cereals, vegetables and fruits, dairy products, eggs and honey, the noble cause of insuring food and nutrition started to be realized in the project areas.  This approach is also extended to the small and medium commercial farmers.

To complement the above strategies, we are also introducing urban and peri-urban agriculture including vertical agriculture, roof gardening, hydroponics and aquaponics.  The idea is to improve nutrition through integrated, diversified nutrition dense home gardens accompanied by short-cycle animals like chicken, rabbits and swine.

Owing to the cross-cutting nature of the environmental challenges, like climate change, land degradation and biodiversity loss, national efforts have been made to mainstream environmental issues in all sectors. Furthermore, recognising land as the basis of life and food production, the government has laid the foundation for equitable and fair land tenure system which enables access to land for all citizens regardless of gender, ethnicity and religion. This policy is expected to solve the loopholes of the customary system of agricultural land rotation by changing it into a life-time use right, which has a better impact on land care and productivity as it creates a sense of ownership and motivates farmers to invest  more on their land and follow sustainable agricultural practices.

The combined result of all the above mentioned efforts will definitely lead towards realizing a better life to all citizens. This will increase their resilience to environmental and other shocks. Here the best example is the advent of COVID-19 and outbreak of desert locust in our region. The last locust invasion has caused significant damage to crops and vegetation across the horn of Africa. Despite the unprecedented upsurge, the swarms that invaded or hatched within Eritrea were easily controlled before causing any substantial damage through consorted efforts by MoA extension staff, local administration, farmers and members of the Eritrean Defence Forces.  To sum up, the three betters mentioned above are expected to create the necessary environment for a healthy and productive life.

Before I conclude I would like to acknowledge the contribution of our partners in our development endeavor and urge them to do more.  I would also like to commend the organizers of this event for a job extremely well done.

I thank you for your attention!