Combatting TB, One of the World’s Deadliest Infectious Diseases 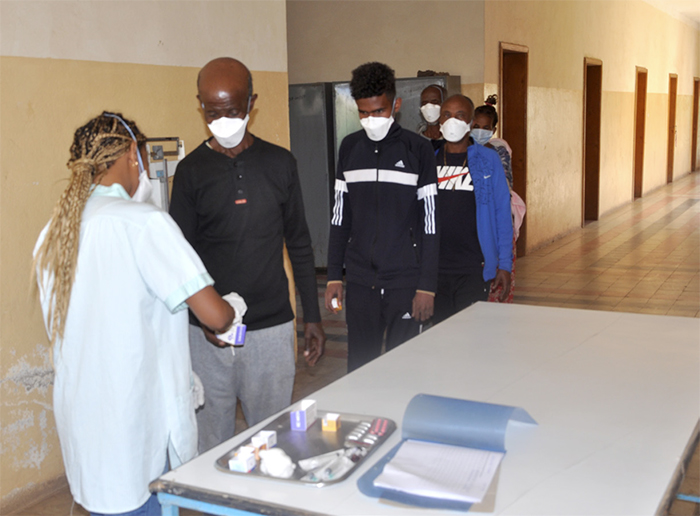 Earlier this week, Eritrea’s Ministry of Health (MoH) reported that considerable efforts were being made to control and eliminate tuberculosis (TB) in the country. As briefly explained by Sister Hiwet, head of the TB Control Unit at the MoH, these efforts include, among others, the establishment of national training programs on basic treatment for village health representatives based in all regions of the country, as well the expansion of community awareness campaigns. Speaking in Asmara, the capital, Sister Hiwet added that the national cure rate for TB has increased impressively (reaching 92 percent in recent years, which is higher than the global recommendation from the World Health Organization [WHO]) and that a number of tangible steps were also being taken to ensure that patients unable to visit health facilities for treatment could still be provided appropriate support.

In addition to being an encouraging bit of news and extremely positive, the recent developments shared by the MoH and Sister Hiwet represent an excellent opportunity to further explore the topic of TB, which remains one of the world’s deadliest infectious killers. Accordingly, the paragraphs that follow offer a brief general outline of the devastating disease and present a short review of Eritrea’s overall progress toward preventing, controlling, and eliminating TB.

In 1882, Dr. Robert Koch, a German physician who is widely regarded as one of the founders of bacteriology, announced that he had discovered mycobacterium tuberculosis, the bacillus that causes TB. For his discoveries in regard to TB, he received the Nobel Prize for Physiology or Medicine in 1905. TB, which has existed for thousands of years, is a potentially serious infectious disease that most often affects the lungs. (However, TB bacteria can attack any part of the body, including the kidneys, spine, and brain.) It is spread from person to person through the air and a person needs to inhale only a few of these germs to become infected. When someone develops active TB disease, the symptoms, which include prolonged cough, chest pains, fever, night sweats, weakness and fatigue, or weight loss, may remain mild for many months. As a result, this can lead to long delays in seeking out care and contribute to transmission of the bacteria to others.

While all age groups are at risk of TB, the disease tends to predominantly affect adults in their most productive years. Additionally, those individuals with compromised immune systems, such as people living with HIV, malnutrition or diabetes, or people who use tobacco or have alcohol disorders, have a higher risk of falling ill. 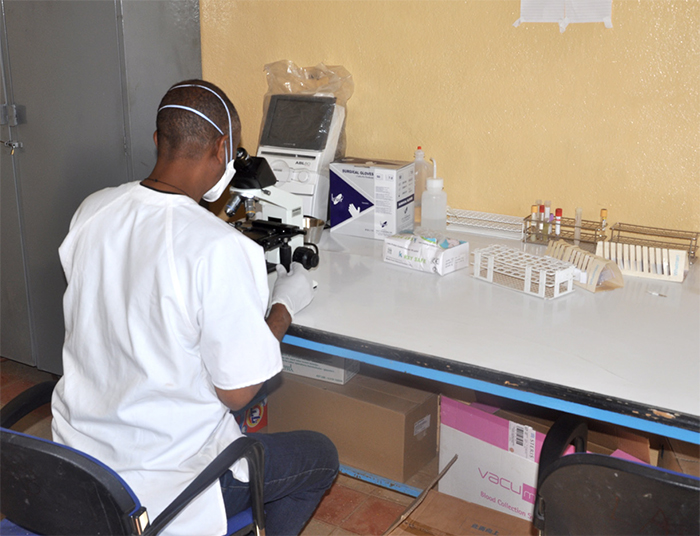 According to the 2021 Global Tuberculosis Report, in 2020, a total of 1.5 million people died from TB, making it the 13th leading cause of death worldwide and the second leading infectious killer after COVID-19 (and above HIV). Furthermore, an estimated 10 million people fell ill with TB worldwide. Although TB occurs in every part of the world and no country has managed to become “TB-free”, the vast majority of deaths and cases occur in developing countries. (High TB burden countries include India, China, Indonesia, the Philippines, Pakistan, Nigeria, Bangladesh, and South Africa.)

In the several decades since it won its independence, Eritrea has achieved significant progress in fighting TB. At present, the country’s TB-related figures and progress are not only among the best in the surrounding region, they also compare quite favorably with continental and global averages.

According to data from the WHO, while in 2000 Eritrea registered a TB incidence rate of about 177 per 100,000 population, in 2020 there were 2,873 TB cases (including HIV-associated TB) in the country, for an overall incidence rate of 81 per 100,000 population. For further context, in 2020 there were approximately 9,870,000 total cases of TB worldwide, with the estimated TB incidence (per 100,000) for Sub-Saharan Africa (SSA) and the world being approximately 230 and 130 cases, respectively. Moreover, while globally, TB incidence has been falling at about 2 percent per year and between 2015 and 2020 the cumulative reduction was 11 percent, in Eritrea the cumulative reduction between 2015 and 2020 was about 20 percent.

Eritrea’s success in combating TB can be traced to a wide range of factors. To begin, the country’s national health policy aims to maximize the health and well-being of citizens at all ages and seeks to ensure equity and access to essential health services at an affordable cost.

All individuals that have TB (or a number of other diseases and disorders) are provided with free continuous care and quality treatments by the MoH. As well as reflecting Eritrea’s longstanding commitment to social justice and equality, this is critical to ensuring that TB patients (and their families) are not burdened by catastrophic financial costs as a result of the disease – something which is all too common in many countries across the globe. (According to the WHO, due to TB, people face costs or suffer income loss equivalent on average to more than 50 percent of their income.)

Furthermore, there has been a firm focus on prevention, diagnosis, and treatment. Prevention helps to stop people with TB infection from becoming sick, averts suffering, and saves lives. Through TB preventive treatment, not only are Eritreans protected from becoming sick, the risk of transmission in the community is significantly reduced. (Globally, it is estimated that people with active TB can infect 5-15 other people through close contact over the course of a year.) Additionally, community awareness initiatives, which are conducted in all regions of the country, raise general understanding of TB and help to ensure that people with TB symptoms know to seek help. Meanwhile, efforts to improve early detection of TB have also been intensified, including through the training of village health workers nationwide. Ensuring that people are quickly and correctly diagnosed can allow them to get started on the most effective treatment regimen as early as possible.

Another important factor underlying Eritrea’s progress against TB has been the country’s efforts against some of the main risk factors or conditions that can impair the immune system, such as HIV, malnutrition, and undernutrition. Efforts against HIV go closely hand in hand with the fight against TB since HIV and TB form a lethal combination, each speeding the other’s progress.

Worldwide, people living with HIV are approximately 18 times more likely to develop active TB disease than people without HIV. In Eritrea, as a result of the sustained implementation of high-impact interventions and a well-coordinated, comprehensive multisectoral approach, notable success has been achieved in halting the spread of HIV and sustaining a steady decline in prevalence and incidence. From 2005 to 2020, HIV prevalence in the country has declined from 1.1 percent to 0.6 percent, while the incidence rate declined from 0.43 per 1,000 population to 0.1.

In terms of nutrition, Eritrea’s Health and Nutrition program, led by the MoH, in partnership with international organizations and partners (such as UNICEF), works to prevent and treat malnutrition and micronutrient deficiencies across different population groups and within various parts of the country.

Alongside the above, Eritrea has a high Bacillius Calmette-Guerin (BCG) vaccination coverage rate. Developed and introduced in the early decades of the 1900s by French bacteriologists Albert Calmette and Camille Guérin, BCG is considered the world’s most widely used vaccine. Although it offers limited protection against TB in adults, it helps to protect young children against severe forms of TB. (It is sometimes offered to adults who are at risk of TB, such as some healthcare workers.)

Today, BCG is primarily administered in low- and middle-income countries as a simple, cost-effective intervention against TB. In Eritrea, at birth (or within a few days of being born), almost all newborn children receive a dose of the BCG vaccine. Since 1998, the country’s BCG vaccination coverage, defined as the percentage of one-year-olds who have received one dose of BCG vaccine in a given year, has been extremely high, averaging about 96.4 percent for the period from 1998 to 2020, which is much higher than the global and SSA averages.

Overall, Eritrea has achieved considerable progress in controlling and preventing TB. However, the struggle remains far from over. Looking ahead, continued resilience, renewed commitment, and more efforts are required in order to end the debilitating disease.