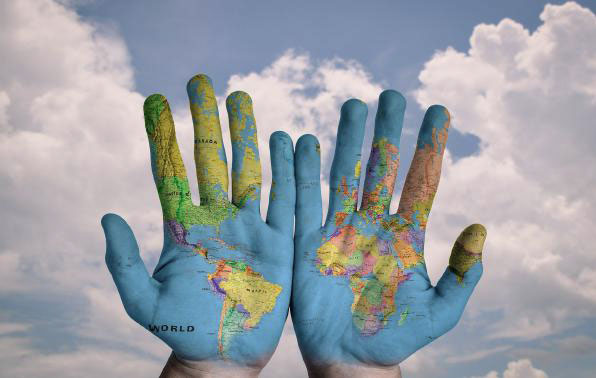 When I first came to North America, I had a very friendly American neighbor. She would often chat with me if we ran into each other outside and she kept my deliveries in her home until I returned from work. One particularly sweltering day she waved at me as I finished yard work and asked if I had a chance to eat lunch.

Hungry and hot I was grateful for the impromptu invitation to sit in her backyard, under an umbrella and enjoy some lunch. She brought out a jug of lemonade, salad, sandwiches, and some cookies. She invited me to eat to which I said “oh you went out of your way to prepare this. You should not have gone through the trouble.”

She responded casually that it was not a big deal and the food had been prepared earlier. I watched as she poured herself a glass of lemonade, grabbed a couple of sandwiches and cookies. My stomach rumbled as I poured a half glass of lemonade and placed a half sandwich, a couple of forkfuls of salad, and no cookies on my plate. I hungrily ate. After eating she asked if I would like any more and I politely declined even going as far as gesturing to my stomach and telling her how full I felt. I complimented her food and she thanked me as she swiftly picked up the dishes and returned the uneaten food to the kitchen. I was still hungry, I wanted more, and I missed a great cookie!

“Qal Alem” – directly translated means “the word of the world.” There is no singular word in English that explains this Eritrean cultural norm. It is an act that is shown to express respect and hospitality amongst people and communities. You see, when my neighbor invited me to lunch I went willingly and very hungry, and out of respect for her kind gesture, I took a very small portion.

At that moment, I thought that she was serving me an abundance, even more than she had or could afford. I considered whether there were other people that had yet

to eat or if the portion she served today was also her food for tomorrow. In reciprocating her respect, I took a very modest portion knowing that she would insist that I eat more food, and looked forward to adding to my plate when the time came.

I expected a back and forth, like a fine-tuned and practiced dance that all Eritreans know. The host offers more; the guest declines; the host cajoles; the guest declines stating how delicious the food was; the host insists and asks if the guest didn’t find the food appealing; the guest vehemently denies that and insists that the food was delicious; the host asks “bezay Qal Alem” (you’re not saying this out of Qal Alem); to which the guest gives in and accepts more food and drink. In Eritrea and amongst Eritrean people and communities in the diaspora this exchange happens organically and in so many instances.

Commonly around meals and hospitality but also when someone may need help with a task. More subtly it happens when an individual does not share their knowledge, accolades, or successes because “Qal Alem” is the notion that being humble is more valued than selfpraise. Eritreans in the diaspora can share many stories, similar to mine and the American neighbor when “Qal Alem” did not serve them in a beneficial way. In many cultures where it is common and expected to self-promote, like in work or academic settings, “Qal Alem” weighs heavily and creates internal conflict because unlearning an insisting behavior of humbleness and hesitancy as a show of respect is challenging. I often found myself, out of “Qal Alem”, not sharing my accomplishments and in hindsight understand how this may have affected my career.

In social settings amongst non-Eritreans holding back and not expressing what I wanted or needed has had more severe consequences than just walking away being a little hungry. In a culture that promotes community cohesion over individuality, “Qal Alem” is an anchor and deeply rooted in our identity so while it is possible, it is incredibly challenging to shed the behavior. When practiced outside of the culture it can be confusing to an Eritrean because the expected response does not exist.

“Qal Alem” can be equally confusing to others and be perceived as indecisiveness, lacking in something (like knowledge or skill), indifference, shyness, or bashfulness. But even having said this I would not unlearn or do away with “Qal Alem.” It is an important part of my cultural identity and serves as a reminder that thinking of others, being considerate, serving community, and working for the sake of good rather than praise are qualities that I value, and will always serve me well as an Eritrean.

So until next time — insist, insist again, and insist some more!

The MLWE: Working Towards Capacity Building and Assessment