“We Need to protect our flora and fauna” 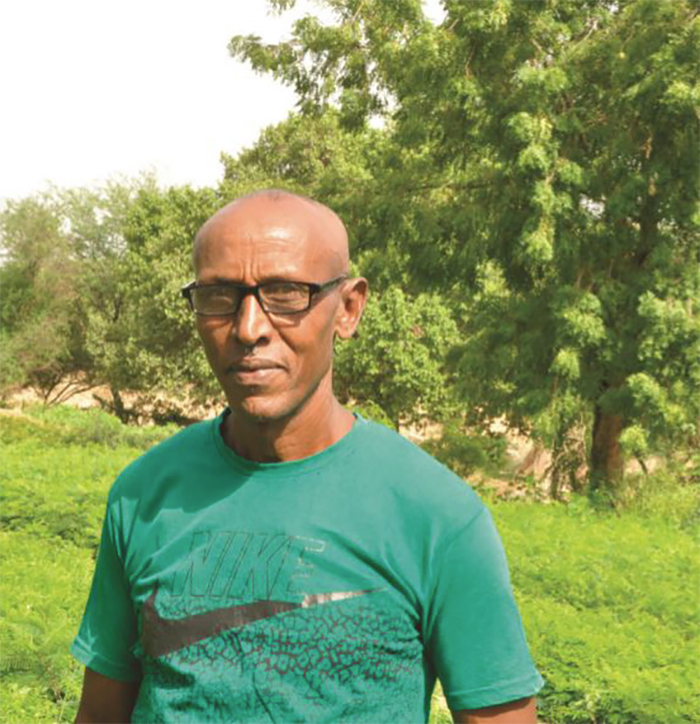 The gash-Barka region, the widest in the country, is endowed with so many streams, trees, and wild lives and is home to many large mammals. Following is an interview with Mr. Tekeste Kiflemariam, head of the Forestry and Wildlife Authority of the region.

The region is endowed with various species of trees and a lot of efforts have been made and are being made to preserve these resources. In 1995, a 2.5-hectare nursery center was set up in Barentu. Up until 1998, it was supplying seedlings at a very high rate, but since then its capacity has dramatically decreased. Recently, though, it has improved its productivity in terms of the variety of plants and quantity. We pay special attention to the native trees and those that are at risk of extinction and remarkable progress has been made in restoring them.

In general, we have around 30 types of native and foreign trees. The native trees are preferable because they are acclimatized to the local climate and the soil of the environment, and they cover 62% of the plants grown at the nursery. Foreign trees are also important and are mostly used as decorative. 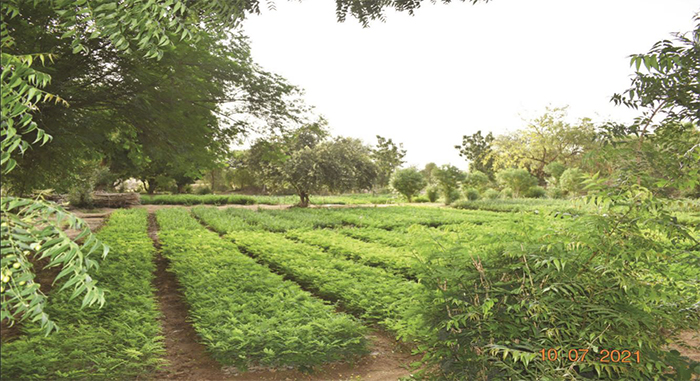 Currently, we have seven additional nursery stations in the region and are located in Agurdat, Adi-Neamin, Shambiqo, Tessenei, Mensura, Tekombia and Omhajer. The nurseries are making significant contributions to the plantation campaigns. Students, communities and staff of governmental and private organizations engage in afforestation campaigns every summer by planting trees and building terraces. We occasionally arrange for people to visit our nursery centers to inspire them and raise their awareness about the importance of protecting the environment and how to do it.

They are many. Among the native trees there is Acacia mellifera (tsaeda qenteb) which is used in making glasses, making incense and different types of medicine. We have moringa, a foreign tree, which is used as food, oil, tea and more. Research has shown that moringa is used as medicine for various types of diseases. We also have fruit trees like orange, lemon, banana, guava and mango.

We give courses on how to nurture and protect plants; we encourage farmers to avoid cutting down trees without permission and tell them the suitable season for cutting trees and to plant trees as replacements for those that are cut down. We also reward exemplary citizens who work to protect the environment as a way to encourage others to follow in their footsteps.

Gash-Barka is always mentioned as a treasure of the country in terms of farming. Indeed, it is suitable for farming and breeding animals. Drought and the cutting of trees to clear land for farms, exposing the land to erosion, are the major challenges. Attempts are made to address the challenges by, for instance, hiring forest guards, making terraces on hillsides, and increasing the number of trees planted. These measures and the good rains this season have given very encouraging results.

We have a strong policy concerning the cutting of trees. But what we want most is for the people to feel ownership of the forests and take responsibility for guarding them. We firmly believe that the best solution is for people to protect their land themselves instead of destroying it recklessly. To make this a reality we conduct seminars to remind people about the importance of afforestation and the harmful effects of desertification. Trees are havens of many lives: they emit fresh air, protect minerals from being washed away from the soil, and much more. We need to be afraid of the natural punishments we cause by destroying our land more than the penalties of Forest Authorities.

We send seedlings to our representatives in every sub-zone, and they distribute them and advise people on how to plant and take care of them.

The region is rich in wild animals, including the globally endangered migratory African bush elephant. Elephants are found in the sub-zones of Haikota, Gogne and the upper Gash as well as the river banks of Gash and Setit. Problems occur occasionally as farmers and elephants compete for the same resources because of drought and loss of habitat for the elephants. When elephants enter farms in search of food and water, conflicts are bound to happen. We are now preparing to solve this problem by making water available for the animals. Other wild animals found in the region include leopards, antelopes, gazelles (numerous types), ostriches, hyenas, boars, baboons, monkeys, weasels, foxes, and rabbits. There are also various types of reptiles such as large and small snakes, turtles, iguanas and various types of lizards. In general, the restoration of the land is giving positive results in terms of the number of wild animals, especially of elephants and gazelles. Today, we are in a better condition regarding the preservation of wild animals.

There aren’t. And in any case, it’s a wrong attitude we would like to change. We need to know that like human beings, animals fight for their lives and defend themselves against external hostilities. Unless one intrudes on their territory they don’t intentionally attack humans. They may sometimes enter what has now become people’s territory after their natural habitat was destroyed. So instead of thinking about wild animals as enemies, we need to have sympathy and think about how to protect them and their habitat.

As I said earlier our trees are our lives and they are home to various animals. The Ministry of Agriculture is setting up nurseries at a high cost, and we should use them to turn our land green by planting trees.

The TPLF and a “Commitment to Peace”