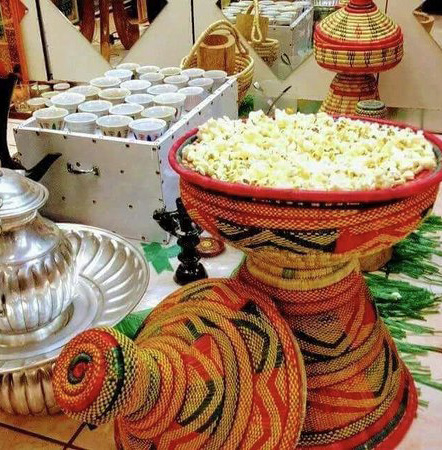 There are times I am so busy at work or school that I don’t get to hang out with my friends as much as I would have liked. On one of these days, I met a friend I hadn’t seen in a while. I left work late and was rushing home for lunch so that I could get back to work on time. My friend suggested we had lunch around where we met because I was already running late and wouldn’t be able to make it back to work on time. Well, she was right and I did want to spend time with her, but I told her I needed to go home.

“Why? Is there some kind of emergency?” she asked.

“No, I just don’t want to miss my family’s coffee time after lunch.” I replied, hoping she wouldn’t take it the wrong way. She laughed and let me go saying she understood because she, too, loves her family coffee time, which is in the evening.

People relish their coffee time in Eritrea. The whole process takes up to two hours and is referred to as a coffee ceremony. 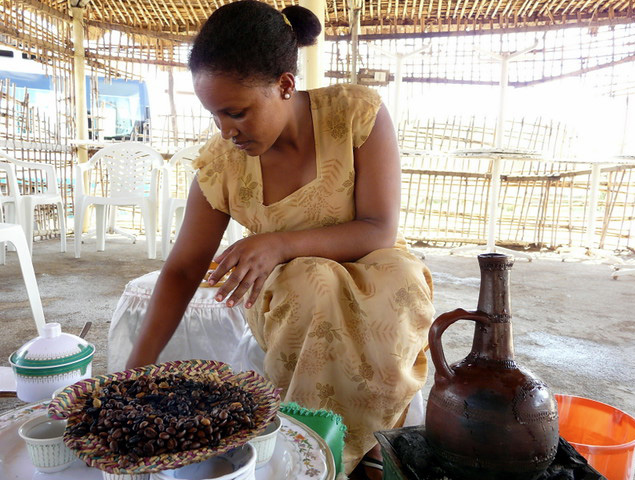 First, the stuff needed for the ceremony is prepared: coffee beans, a brazier full of burning charcoal, tiny coffee cups, water, milk and sedges spread on the floor, setting the mood. The coffee beans are placed on a pan known as ‘menkeshkesh’ and roasted on the brazier. The aroma of the roasted beans and the smoke that fills the room make you joyful. For many people it’s the favorite part of the coffee ceremony, and the sound of roasting coffee beans and the aroma signal the beginning of the ceremony to family members in the house who come to the room. The roasted coffee beans are then ground and put in the coffee pot. Water is added to the pot which is then placed on the brazier to be boiled. When it is done it is served on the tiny coffee cups. This is only the first round. Some people have their coffee with milk but most everybody as is. Popcorn, biscuits and slices of bread are also served as snack during the coffee ceremony.

Water is added again to the pot, and some more ground coffee if needed, and placed on the brazier for the second round. When it is done, it is served again on the tiny coffee cups. The same process goes on for the third round, which is called ‘bereka’.

The coffee ceremony is not just about drinking coffee. It is a time for family get together. Family members who don’t drink coffee and children, who aren’t allowed to have it, all come together to spend quality time with their family. Parents use the time to ask their children about their studies or catchup on what’s going on in their lives outside home. The coffee ceremony strengthens the bond in the family.

Every family has their own coffee time. My family’s is immediately after lunch, and every member is expected to get home for lunch. I really relish it because it allows me to relax and let go of the stress from work or school. If I don’t get to have my relaxing coffee time I just go on the whole day feeling as if I missed something. 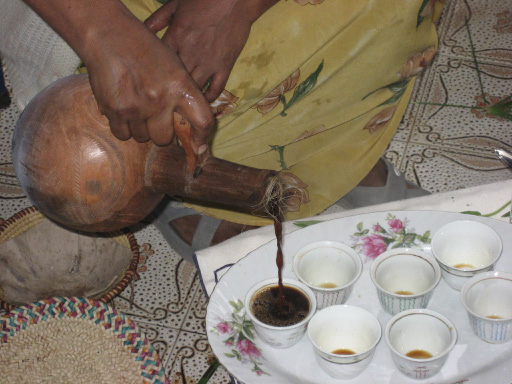 I think most people have their coffee in the evenings, when everyone comes home after a long day working or studying. I have a friend who doesn’t particularly like coffee but still wants to be home for it. So he doesn’t like to go out early in the evening. If he has to, it is often later in the evening when the coffee ceremony is over.

When I asked them why they do that when they first moved to the house, they told me because that is the only time they can all be home and share part of the day with one another. The mother, who works as a cook at a restaurant, and some other members of the family work in the evening and get home late in the evening.

Coffee ceremony is a big part of the Eritrean culture. It is common in all kinds of social gatherings: weddings, birthdays, mourning and when guests come to visit. It makes people feel relaxed and the atmosphere light, encouraging people to chat and get to know one another well because of the amount of time the ceremony takes.