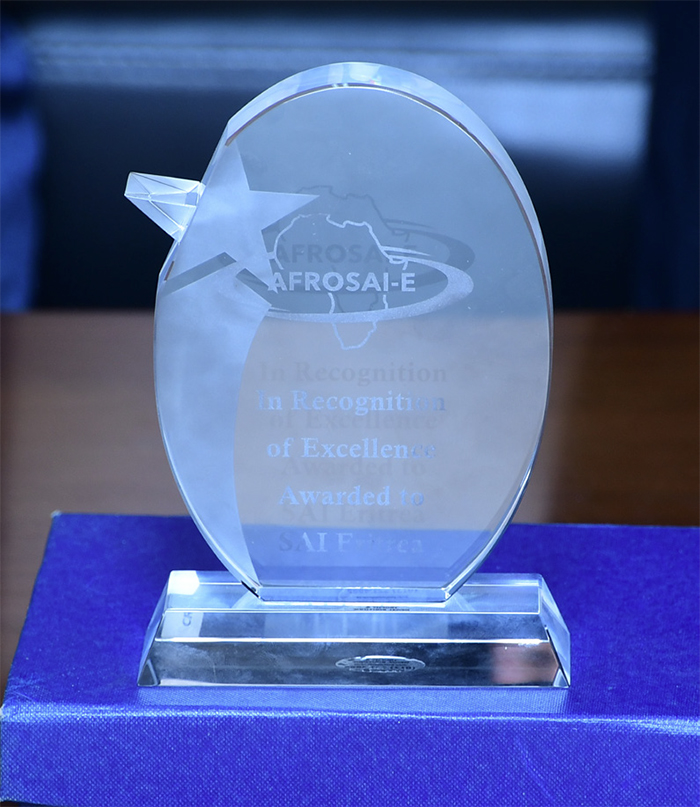 It was a regional annual evaluation conference of the Afro- SAI conducted in May. A man stood on the stage and started speaking of a small country with big achievement but never said what country it was. “Which nation do you think I am referring to?” the announcer asked at the end of his complimentary speech. The Eritrean team looked at their watches and waited for the man to get over with it so they could go on with their other plans. “This exemplary country I just spoke of is called Eritrea. Representatives, please get to the stage to receive the honorary award!” the man said. “We froze when we heard the surprising statement of the man. We looked at each other in disbelief because taking an award back home wasn’t what we expected,” said Mr. Zerie Hadish and Mr. Menghis Dagnew, director generals of Audit at the Office of the Auditor General (OAG), as they told the story of how they carried this news to the nation as a whole and the OAG in particular.

OAG — Eritrea was established in May 1992 as part of the government’s efforts to build the state structure for the newly independent country. As is outlined in the strategic plan of the Office, it is a pillar of financial management and governance of private and government institutions. The OAG is one of the exemplary organizations in Eritrea with clear strategic plans and success drives in its system.

Monday 31st October was a day of celebration at the OAG. “Today, we are here to share a pleasant news and celebrate our success with all of you for it is a victory all of you had contributed to. Though we have had bigger achievements, the hard work all of you put on the line is worth a celebration,” Mr. Gherezgiher Ghebremedhin, the Auditor General (AG) of Eritrea, said in his speech. As the AG stated, news of success is not alien to the OAG .This victory may be considered minor and is only a continuation of the others that were won in 2008, 2014 and 2018.

Not long after it was established, the OAG in Eritrea joined international and regional AG organizations, and since then, it has been playing its role as a national, regional and international actor in auditing. It is one of the most active and most important institutions of the Eritrean government. The importance placed on this institution is owed to the transparency and anti-corruption functions it carries out. The OAG attributes its success to its committed and hardworking employees and the utmost investment and support provided by the government.

On May 20, 2022, a couple of auditors from the OAG went to South Africa to take a five-day training on a new Financial Audit Manual (FAM). As a result of participating in that training, the AG Eritrea was assigned to do a pilot project to test the applicability of the new FAM in the Eritrean c o n t e x t . After the completion of the training the participants came back and started spilling the new knowledge to the rest of the personnel in the office. 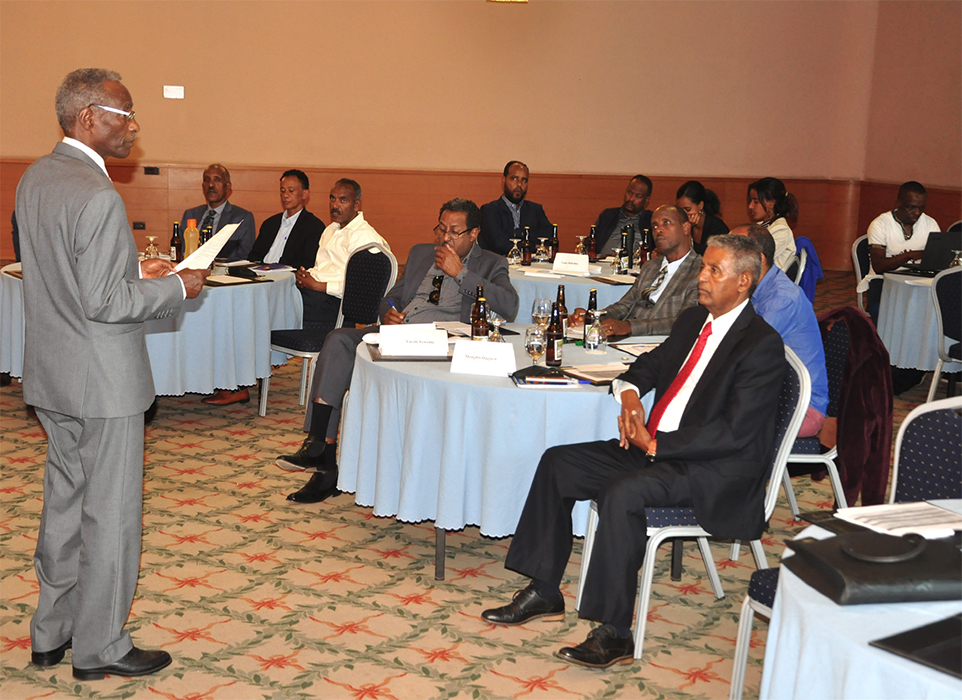 Mr. Menghis and Mr. Zerie then delegated the project to two newly trained young auditors: Mr. Mehari Ghebrehiwet, team leader and Ms. Luna Mebrahtu, acting team leader. This stands as one of the glitters of the project and part of the beautiful face they have portrayed as Eritreans. The two seniors supervised the pilot project and guided the younger delegates through the completion of the project. The project completion period was set at three months, and the work was hard because it was an additional load to the audit work they were already doing at the Ministry of Labor and Social Welfare. Nevertheless, the team worked hard and presented the work in the given time that was later reduced to two months and a week.

The report was presented and earned the office an award from the regional organization of the African Organization of Supreme Audit Institutions (Afro-SAI) as the best among the 26 countries. Afro-SAI has an annual award presentation to member states based on their performance. The award is usually presented at the annual evaluation. As Mr. Gherezgiher outlined in his speech at the meeting, the office organized the work was done by the coordinated efforts of the seniors and juniors in the office. And the process didn’t only present a paper, it also produced young professionals that were tested and gained experience out of it.

“What we might need to conserve and keep the good job up is to remain committed and press on conducting capacity building training and projects,” Mr. Menghis said.

“The smooth implementation of our work is the reflection of the day-to-day activities that we do here in the office. The continuation of this reputation is dependent on the personal commitment of each employee. The task of auditing at least all government institutions and correcting what needs to be corrected on time is what takes the OAG on the path of success and it’s the duty of every one of us to work on the same values,” Mr. Mehari Ghebrehiwet, a team leader at the OAG, said.

“The OAG is one of the biggest advocates of youth promotion and gender equality,” Luna Mebrahtu, acting team leader, said. The participation and empowerment of women and youth is one of the OAG’s valuable attributes as is outlined in its strategic plan and in line with the government policy on gender equality. Therefore, OAG is one of the institutions that give good and glowing color to the Eritrean picture.

While assessing the OAG’s strategy, I came across its employee management strategy. I believe it is one of the good qualities of the office. The strategy is based on commendable values of understanding and openness. In connection with this, the AG said, “We cannot ensure transparency if we can’t reflect it in our system.” The office addresses employee issues on a personal level. It takes a friendly and cooperative but directive and practical approach as one of the biggest ethics of the office. One of the projects that demonstrates its aspiration to create a conducive work environment for both genders is the establishment of the day care center within its premises. This enhances the office’s realization of the role of women and its commitment to address issues specific to them.

At the end of his interview with Eritrea Profile, Mr. Gherezgiher applauded the government’s support to the office and all of its functions and promised to keep up the achievements and work harder.