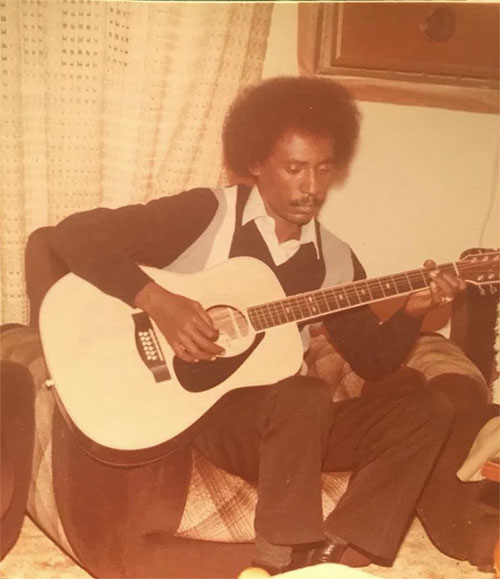 The legendary singer Yemane (Barya) Ghebremichael was born on 21st January 1949. He was raised in Asmara, was good at school and enjoyed a playful time like any other child. Yemane went to Kidane Mihret Elementary School and then to Comboni for his middle school. He joined St. Mary’s for his secondary education but withdrew to pursue his dream.

Yemane’s love for music, in particular, and art, in general, must be innate. But it was when he was in middle school that he truly found a platform to discover his talent — his voice.

When Yemane’s request to join the Scout Association was granted, many opportunities opened up for him. He then embarked on an expedition that would carry him to another level. Shortly after that, he started appearing on big stages. His early performances paid off. The public’s reception and support motivated him to do more. His parents were not happy, though. Like most parents at the time, the only thing they ever wanted their son to do was his studies, nothing more and nothing less. 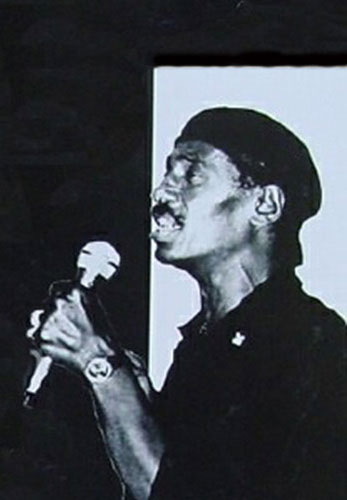 After he quit high school, Yemane persistently followed his heart and it did not take him long to be a star. Like most artists, he started his performances by doing covers, but he instantly decided to write and arrange his own songs. His first recorded hit is believed to be ‘Lula’ though he had one or two songs prior to that. This particular hit, Lula, got him into trouble with Ethiopia’s censorship authorities . He was put behind bars a couple of times.

In addition to writing and singing songs, Yemane was fond of acting, directing, and producing. He also knew how to play a number of musical instruments.

In 1968, Yemane got a request to join Mat’a (Mahber T’yatr Asmara), a local theatre association, which he eventually became a member of. Yemane and some of his colleagues were then regrouped in Kewakbti Mahberna. Yemane, along with his group, performed in many cities in Eritrea and Ethiopia, stirring the youth to join the armed struggle for independence.

Yemane’s next chapter took him to the armed struggle. In 1975, he joined the ELF (Eritrean Liberation Front) and is said to have produced two cassettes while he was in the Eritrean field as a freedom fighter. Then he went into exile, first to Sudan and later to Saudi Arabia.

When he was in exile in the Middle East, Yemane never stopped thinking about music. He produced revolutionary songs in favor of the armed struggle and songs of nostalgia, hope, patriotism, unity and so on. He sang many songs that reflected the aspirations of Eritreans for freedom.

Yemane was generous, honest, humble and diligent. He had a lot of empathy for the poor which earned him the name ‘Abo-dika’ (father of the poor). To many he is a reference of good deeds. In exile, he helped Eritrean refugees in Sudan who were struggling to migrate to Europe.

Yemane was lucky to live to see the long awaited Eritrea’s liberation in May 1991. Following Eritrea’s liberation, he came back home where he worked and lived until he passed away. When ‘Hade Bahgna,’ a cultural troupe, was formed, Yemane, along with other veteran musicians, were invited to join the group. And the troupe went on a world tour performing for Eritreans in diaspora, reminding them to continue supporting efforts to build the newly independent nation. 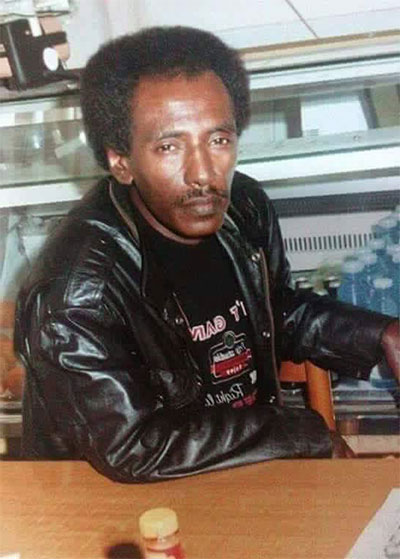 In June 1997, Yemane sang in Keren ‘Segenay,’ a song dedicated to our fallen heroes, on the occasion of Martyrs’ Day. It was his last performance. When he sang his last song in Keren, Yemane’s health had already been declining. On November 5th, 1997 the legendary singer and song writer Yemane died. It is remembered by many as a day Eritrea lost a great idol. Yemane’s death was a shock for the Eritrean public.

This year marks the silver jubilee of Yemane’s departure. I feel it is a great idea to take this occasion as an opportunity to do something to remember him by, at least grant him a posthumous award of a lifetime achievement.

Words and melodies have power, and Yemane knew how to weave them together. Through his music, Yemane moved his people. He was courageous who sang songs for the public at the time singing as a career was frowned upon.

It is said that legends never die. Their bodies may decay but their deeds live eternally. Their inspiration lives on forever. Yemane was and continues to be an inspiration to many artists. He has long cemented his monument in the hearts of many. He continues to live on through his recorded songs, which are still popular, and performances of his songs by young artists who were born after his death.