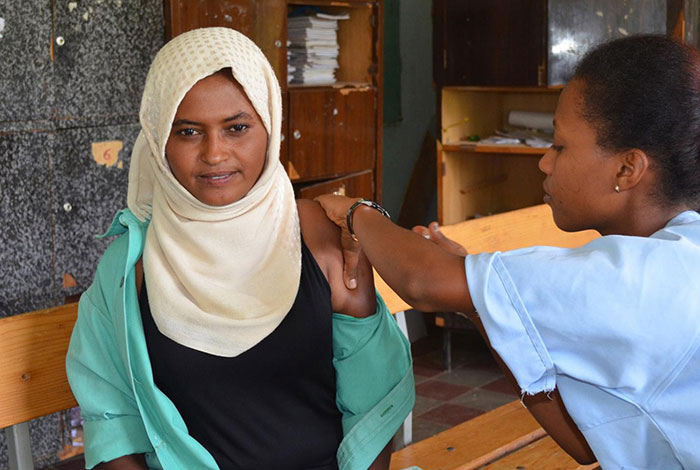 Positive news: Eritrea is taking an important step towards protecting girls in the country from cervical cancer. Specifically, later this month, the Ministry of Health (MoH), in cooperation with local and international development partners, is planning to administer human papillomavirus (HPV) vaccines to nearly 60,000 girls aged 9 to 15 years living within the Central Region.

As a part of the mass vaccination campaign, the MoH, alongside the Ministry of Education and local administrations, has also been conducting intensive community awareness and sensitization activities in order to help raise public understanding about cervical cancer and the importance of the HPV vaccine, increase uptake, address questions or concerns, and combat stigma, misinformation, or other barriers. The launch of the campaign, which comes after a long period of thorough planning and organization, is to be shortly followed by the formal introduction of the HPV vaccine into the national routine immunization program as a key strategy to prevent mortality and morbidity due to cervical cancer. 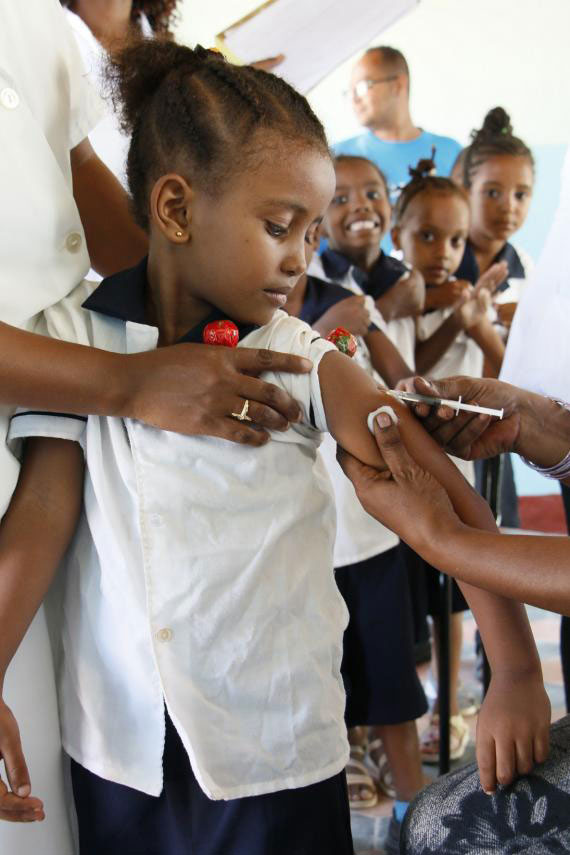 In addition to being an encouraging bit of news and extremely positive, the upcoming mass vaccination campaign in Eritrea also offers another demonstration of the country’s firm commitment to health and gender quality.

According to the World Health Organization (WHO), a specialized agency of the United Nations, cervical cancer is the fourth most common cancer among women globally, with an estimated 604,000 new cases and 342,000 deaths in 2020. The vast majority of cervical cancer around the world – greater than 95 percent – is due to HPV. The most common viral infection of the reproductive tract, HPV is mainly transmitted through sexual contact and most people are infected with it shortly after the onset of sexual activity. As well, cervical cancer is, by far, the most common HPV-related disease. While HPV can cause disease in both females and males, it is gendered; around the world, it is estimated that almost 90 percent of the global HPV vaccine-preventable disease burden falls on females.

Widespread immunization with the HPV vaccine can reduce the impact of cervical cancer and other cancers caused by HPV. Notably, empirical studies of HPV vaccines have shown an almost 100 percent protection against the previously high-risk HPV strains that cause cervical cancer (types 16 and 18) and HPV vaccines have been shown to be a cost-effective intervention in an array of settings and contexts worldwide.

Across the world, the primary target group for HPV vaccination are young or adolescent girls (aged 9 to 15 years). The general consensus is that it is ideal for individuals to receive the vaccine before they have sexual contact and are exposed to HPV (since once someone is infected with HPV, the vaccine might not be as effective). It is worth noting that a considerable amount of research has also shown that receiving the vaccine at a young age is not linked to an earlier initiation of sexual activity.

Although it is regarded as a genuinely global public health challenge that transcends borders, the fact is that approximately 90 percent of all new HPV cases and deaths worldwide in 2020 were in low- and middle-income countries. Moreover, despite the HPV vaccine providing a proven and safe tool to protect women and girls, global coverage rates among girls remain low, especially in the developing world. (At present, only slightly over half of the WHO’s 194 Member States have introduced HPV vaccination.)

In Eritrea, cervical cancer is one of the most frequent cancers found among women in the country (falling behind breast cancer). Accordingly, the introduction of the HPV vaccine will prove to be a significant step toward better protecting the health of girls in the country. Notably, with cancer screening and treatment services in the country still relatively limited, which can result in patients being diagnosed with advanced-stage disease, providing widespread access to vaccination before HPV exposure becomes even more critical and necessary. (However, HPV vaccination does not replace the need for cervical cancer screening.) Importantly, at the same time as it helps to safeguard the health of women and girls in the country, the HPV vaccination can also play a positive role in enhancing socioeconomic development. 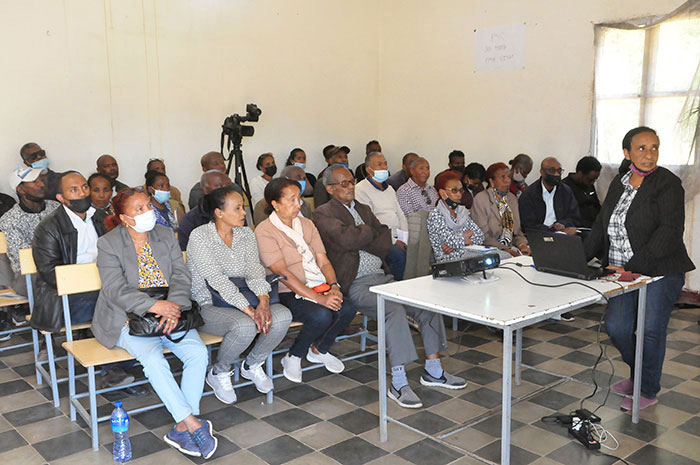 Another key dimension relates to health and gender rights. Since achieving independence in 1991, Eritrea has remained firmly committed to advancing gender equality, the empowerment of women and girls, and the promotion and protection of their health and human rights. The country’s HPV mass vaccination campaign, and the wider plans to incorporate HPV vaccines into the national routine immunization program, thus serve as just the latest reflection of these longstanding commitments.

Recall that access to health services is a basic human right. Moreover, women and girls’ sexual and reproductive health is also closely interlinked to multiple human rights, and a large number of international and regional rights instruments and bodies (such as the Committee on Economic, Social and Cultural Rights and the Committee on the Elimination of Discrimination against Women) have clearly indicated how women’s right to health includes their sexual and reproductive health. As well, comprehensive sexual and reproductive health information, services, and rights are a cornerstone of the 1995 Beijing Declaration and Platform for Action, which remains the world’s most progressive blueprint for advancing gender equality worldwide.

It is a sad fact that around the world, and especially in Sub-Saharan Africa, far too many have suffered from HPV, which is easily preventable.

For Eritrea, the upcoming introduction of the HPV vaccine will help to safeguard women and girls’ health and provide them with a better chance of living longer, healthier lives and reaching their full potential.

Meeting on treatment of intellectual and developmental disability