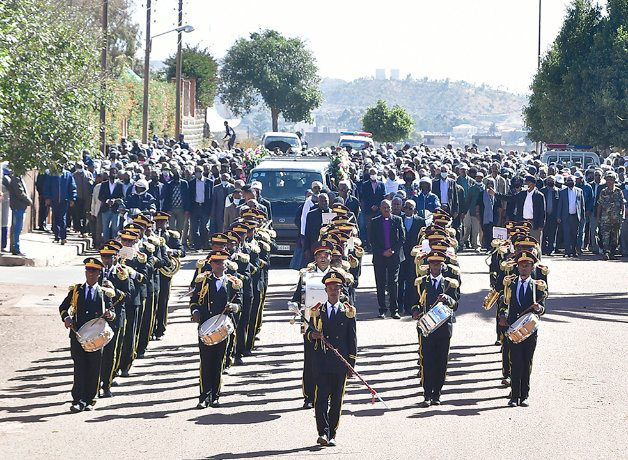 Asmara, 11 November 2022- The funeral service of the late veteran fighter Mr. Efrem Gebrekirstos was conducted in the morning hours of today, 11 November, at the Asmara Martyrs Cemetery in the presence of senior Government and PFDJ officials as well as friends and family members.

Mr. Woldemicael Abraha, Minister of Local Government, Mr. Habteab Tesfatsion, Governor of the Southern Region, Ms. Amete Neguse, Secretary of PFDJ in the Southern Region as well as his son Yonas Efrem laid a wreath at the cemetery. 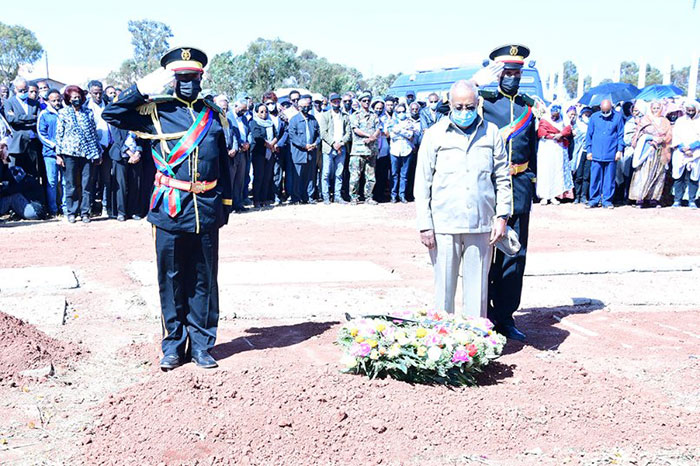 Veteran fighter Mr. Efrem who joined the Eritrean Liberation Popular Forces in 1975 served his country and people in various capacities.

After Independence, veteran fighter Mr. Efrem served his country and people in various capacities at the Ministry of Local Government including as Governor of the Southern region. 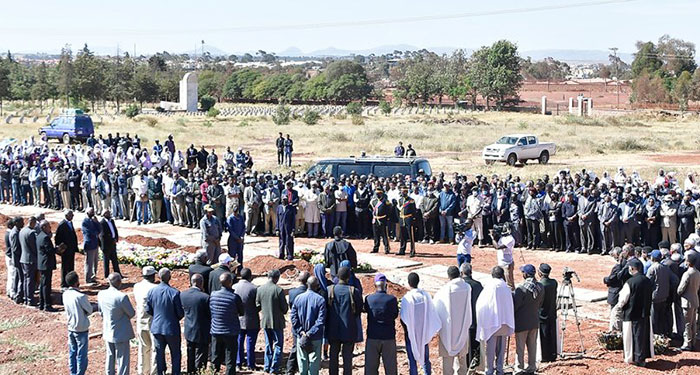 Veteran fighter Mr. Efrem Gebrekirstos passed away on 8 November due to a short illness at the age of 72.

Veteran fighter Mr. Efrem is survived by his wife and 4 children.