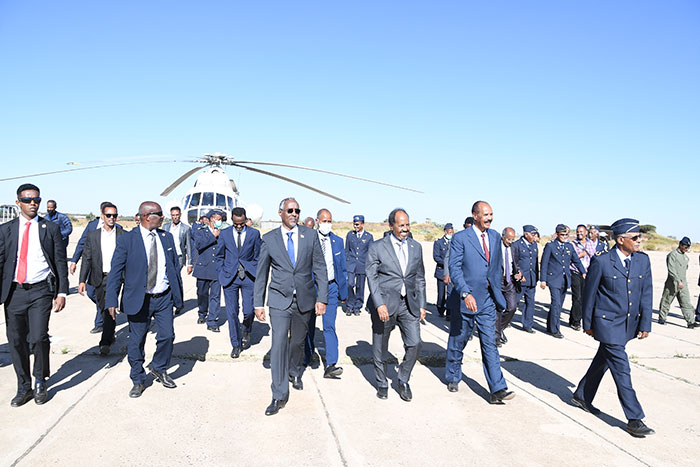 Asmara, 11 November 2022- President Hassan Sheikh Mohamud of the Federal Republic of Somalia accompanied by President Isaias Afwerki today, 11 November, visited members of the Somali Defense Forces that are being provided training at the  Aviation College of Eritrea.

Speaking to the trainees, President Hassan Sheik Mohamud indicated that the training opportunity they were provided shoulders them heavy responsibility, and expressed expectation of the people and Government of Somalia that they play due part in the restoration of the once strong Air Force in Africa. 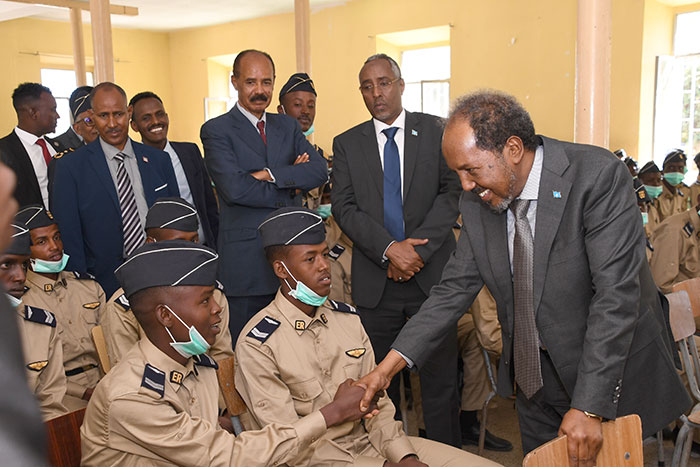 During their stay at the Aviation College, President Isaias and President Hassan were provided a briefing on the current development stage of the college.