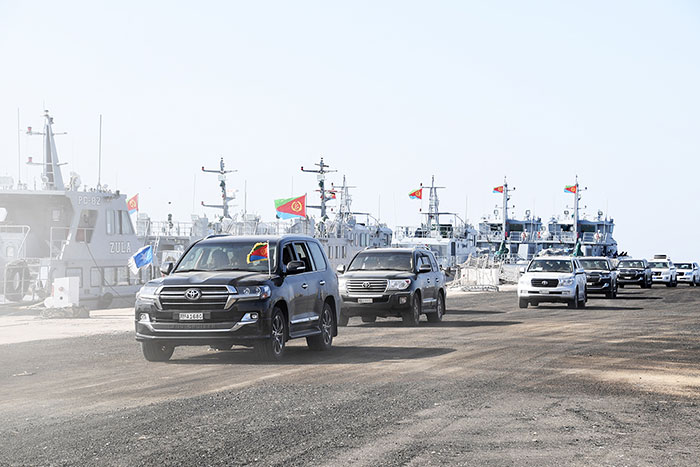 During his visit, President Hassan visited and talked to members of the Somali Naval and Special Forces that are under training as well as those that were trained in Cartographic Information. 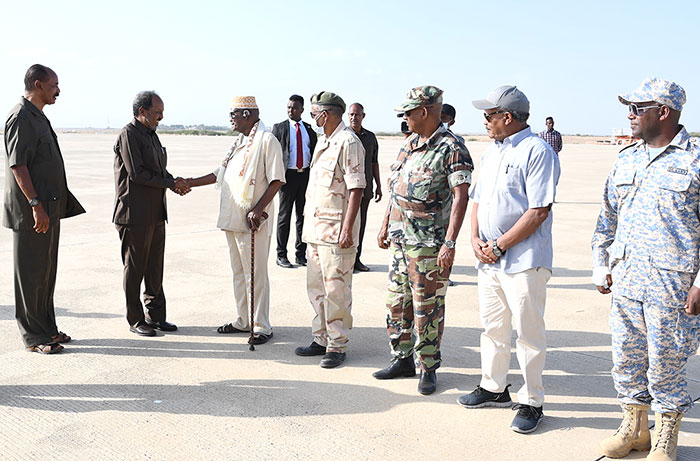 Speaking to the trainees, President Hassan Sheik Mohamud articulating his confidence that the trainees have expressed pledge to serve their country with dedication and pay the necessary sacrifice, called on them to appropriately follow the training they are being provided. 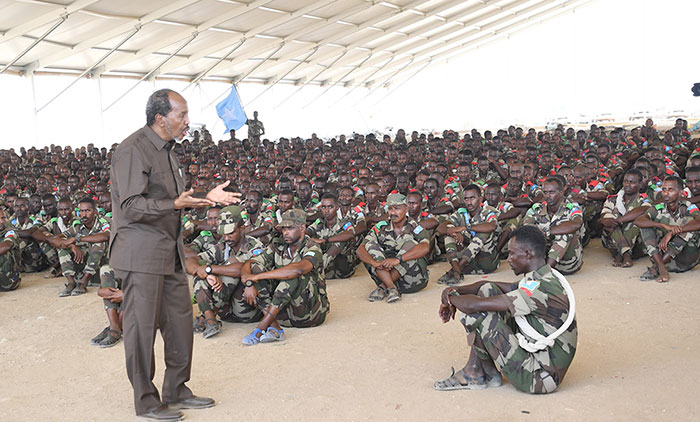 Indicating the high expectation of the people and Government of Somalia on the trainees, President Hassan said that he has come to ascertain that the process of building up the National Armed Forces of Somalia is in a firm foundation. 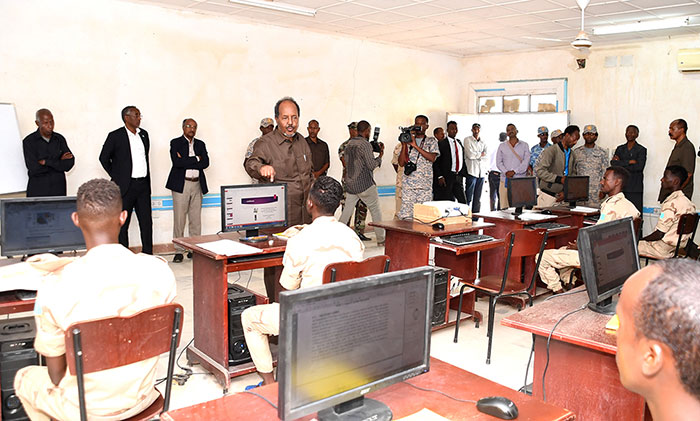 President Hassan Sheik Mohamud was seen off at the Massawa International Airport by President Isaias Afwerki.