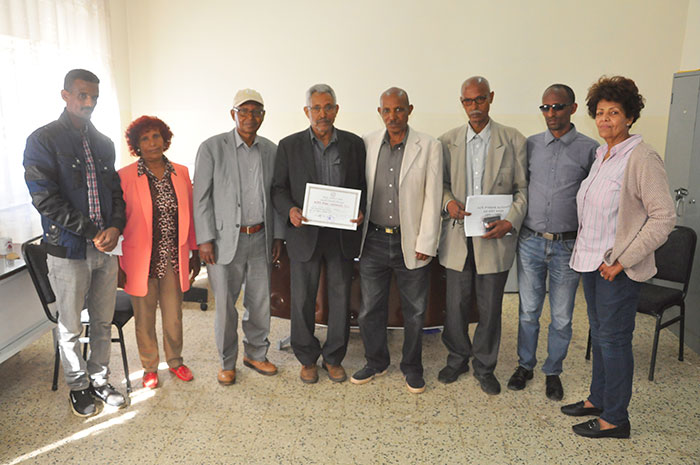 Asmara, 13 November 2022- The Research and Documentation Center of the PFDJ received over half a century old-documents from two concerned individuals residing in North America illustrating the activities of clandestine members of the EPLF in North America.

At the handing over ceremony on 11 November at the Research and Documentation Center, Mr. Yemane Fkadu, residing in Seattle, indicated that the document includes 900 files in written and in video and hold interviews and programs released by several media outlets about the Eritrean people struggle for Independence.

Likewise, Mr. Abraham Yohannes, who has been living in the US and is currently a lecturer at Mai-Nefhi College of Engineering, also handed over video and written documents he collected since 1971 including pamphlets, magazines, letters, seminars, festivals, and congresses.

Mr. Yosuf Idris, from the Research and Documentation Center, commending the initiative taken by the two nationals called on others to follow the noble example and play a due part in enriching the center.