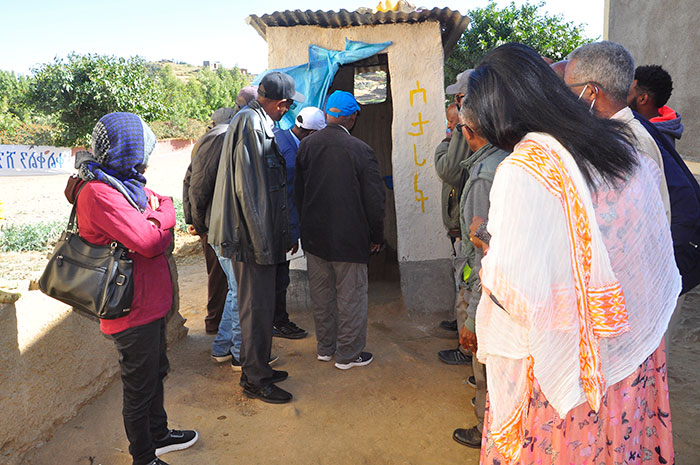 At the observance ceremony in which Mr. Fessehaye Haile, Governor of the Central region, Mr. Andeberhan Tesfatsion, Director General of Public Health at the Ministry of Health, and invited guests took part, Dr. Mulugeta Haile, head of the Ministry of Health regional branch stated that community-based environmental sanitation program that was initiated in 2008 has created positive impact as families nationwide are building and making use of toilets.

He further indicated that 93 out of the 94 villages in the Central region that is 99% of villages have fully implemented the community based environmental sanitation program and the 13 administrative areas of Asmara and its environs have ensured 86% of toilet utilization. He further said that strong effort is being conducted to implement the program in the remaining villages in the near future.

Noting commendable effort has been conducted on the part of sub-zonal administrations and health facilities to implement community based environmental sanitation program, the Director General of Social Service in the Central region, Col. Gebreyohannes Weldegergis said that the prevalence of water borne diseases has significantly declined in the region.

Mr. Kiflemariam Gebremeskel, administrator of Serejaka sub-zone on his part indicating that toilet coverage has reached 100% in the sub-zone, called on the society to ensure regular utilization of toilets.

World Toilet Day has been observed for its 9th time internationally and for its 3rd time at national level.