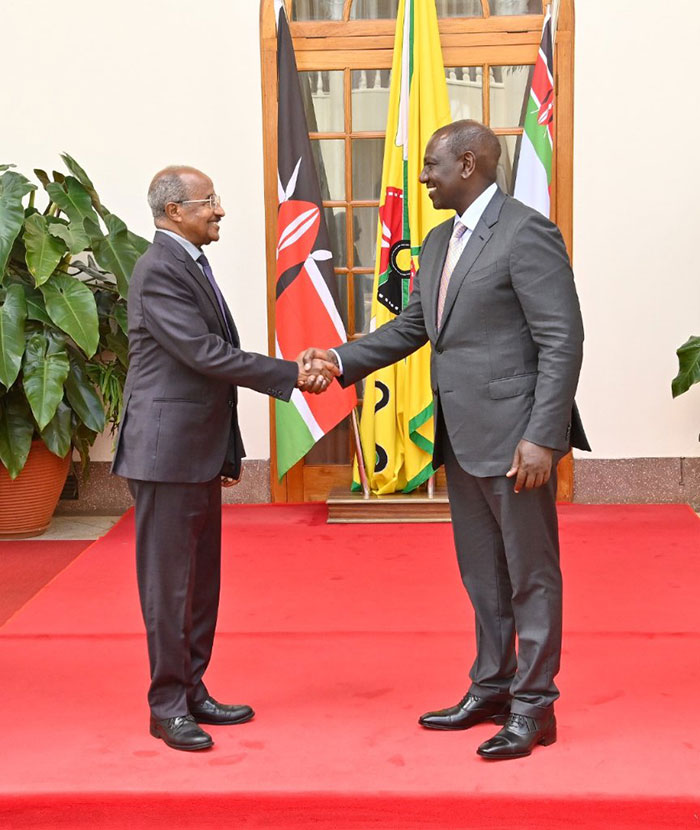 The message of President Isaias focuses on bilateral relations as well as regional cooperation.

In his message, President Isaias on behalf of the people and Government of Eritrea congratulated President William Ruto for his election as President to the Republic of Kenya and wished peace and prosperity to the people of Kenya.

Pointing out the positive role of the Eritrean Government on regional issues and especially in the Horn of Africa, President William Ruto expressed the need for countries in the region to work jointly for realizing peace and stability as well as political and economic developments.

President William Ruto further expressed his desire to pay a visit to Eritrea in the near future with a view to further develop bilateral relations and cooperation between his country and Eritrea.