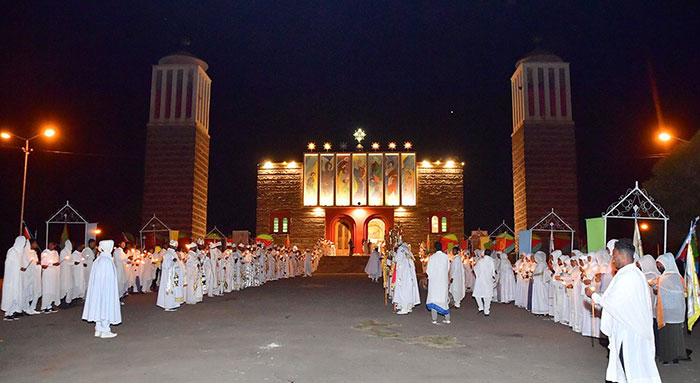 Memorial Service in which members of the Holy Synod, Archbishops and members of the clergy from all over the country took part was conducted at the Debre-Tsion Saint Mary Church here in Asmara.

President Isaias Afwerki, Ministers, senior Government and PFDJ officials, delegates of the Sisterly Churches of Egypt and Ethiopia Churches, religious leaders as well as members of the Diplomatic Corps and heads of UN and International organizations in Eritrea attended the Memorial Service at Saint Mary’s Church. 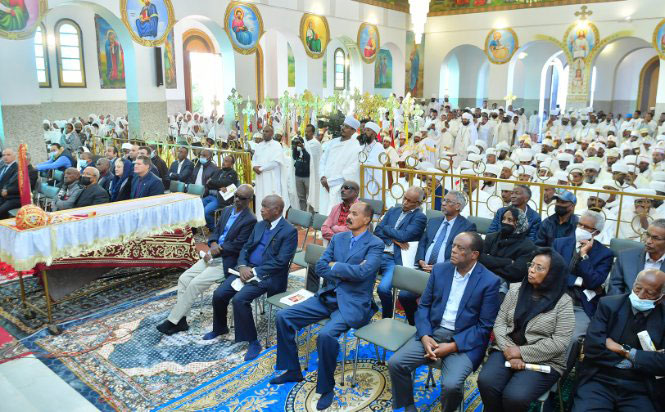 The life history of His Holiness Abune Qerlos was read and representatives of several Churches presented messages of condolences during the Memorial Service. 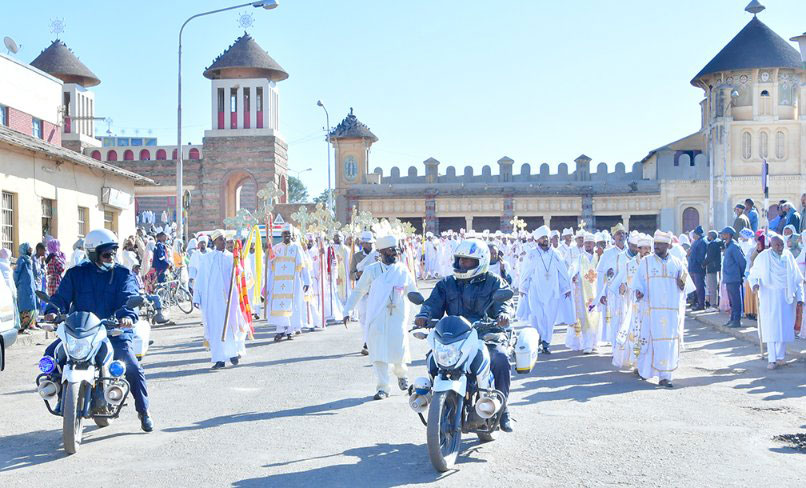 The funeral service of His Holiness Abune Qerlos was then conducted at Abune Bitsu Amlak Monastery in Godeiti.

His Holiness Abune Qerlos 5th Patriarch of the Orthodox Tewahdo Church of Eritrea passed away on 2 December, at the age of 96.