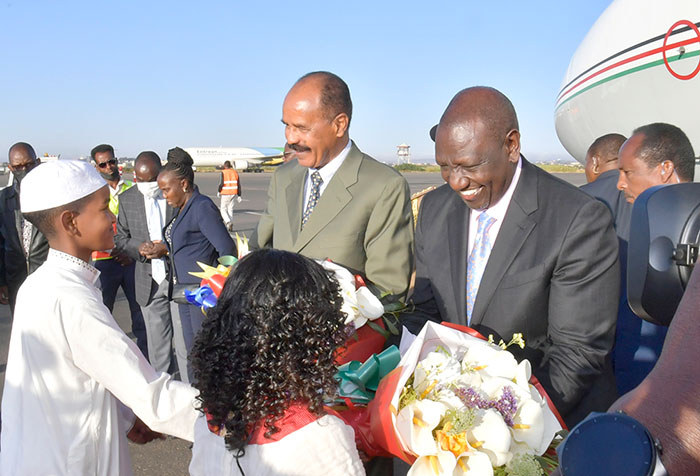 Asmara, 09 December 2022- President William Ruto of the Republic of Kenya arrives in Asmara in the evening hours of today, 9 December for a two-day official visit on the invitation of President Isaias Afwerki.

Upon arrival at Asmara International Airport, President William Ruto and his delegation were awarded a warm welcome by President Isaias Afwerki.

The welcoming ceremony was attended by Ministers and senior officials of Eritrea as well as Mr. Beyene Russom, Eritrean Ambassador to Kenya.