On November 12, 2022, the National Association of Eritrean Designers held its founding congress in Asmara under the theme “our multiethnic clothes are the mark of our identity.” The event was attended by Mrs. Askalu Menkorios, Minister of Tourism, Ambassador Zemede Teckle, Commissioner of Culture and Sport and designers.

In his speech at the event, Ambassador Zemede Tekle called on professionals to increase their efforts to develop the profession of designers as a means of expression of the national image and identity of Eritrea. Papers on the meaning and significance of cultural identity and ethnic costumes and the concept of intangible cultural heritage were presented.

Fashion design has a long history in Eritrea. Competitions of models and designers are often held on national holidays and other occasions. Eritrea has a rich treasure of traditional clothing, which continue to demonstrate the culture and identity of the people.

The nine ethnic groups of Eritrea have their own unique designs of traditional clothes, and many professional designers have made vigorous efforts to develop the designs of Eritrea’s traditional clothes. Designers often mine the cultural roots of the society for inspiration and to demonstrate the identity and story of the society. The cultural and historical heritage, tangible and intangible, are sources of identity and cohesion. In this case, fashion designers, have the potential to contribute to building an open and inclusive society. The heritage-based creativity of designers lay the foundations for harmonious, vibrant, innovative and tolerant society.

Making the best possible impression is one of the paramount functions of clothing. A dress has both aesthetic and symbolic value. Abstract notions like moral codes, religious beliefs and national identity can be embedded in and communicated through clothing. The nine ethnic groups of Eritrea usually wear modest and impressive clothes and adorn themselves with a rich repertoire of body arts, including jewelry and hairdressing. The clothes are financially viable, beautiful and appropriate. A dress, as expressed by Arthur, “provides a window through which we might look into a culture, because it visually attests to the salient ideas, concepts and categories fundamental to that culture.”

Designing is one of the most powerful tools with which a particular society shapes, defines, expresses and celebrates life. Understanding designing is not merely technical, designers should work to contribute for the dignity and prosperity of the society. Designers must invest their creative mind in designing something that represents the history, culture and identity of the country. The aim of their innovation should be to transform the society through ingenious beautiful, functional and simple design. 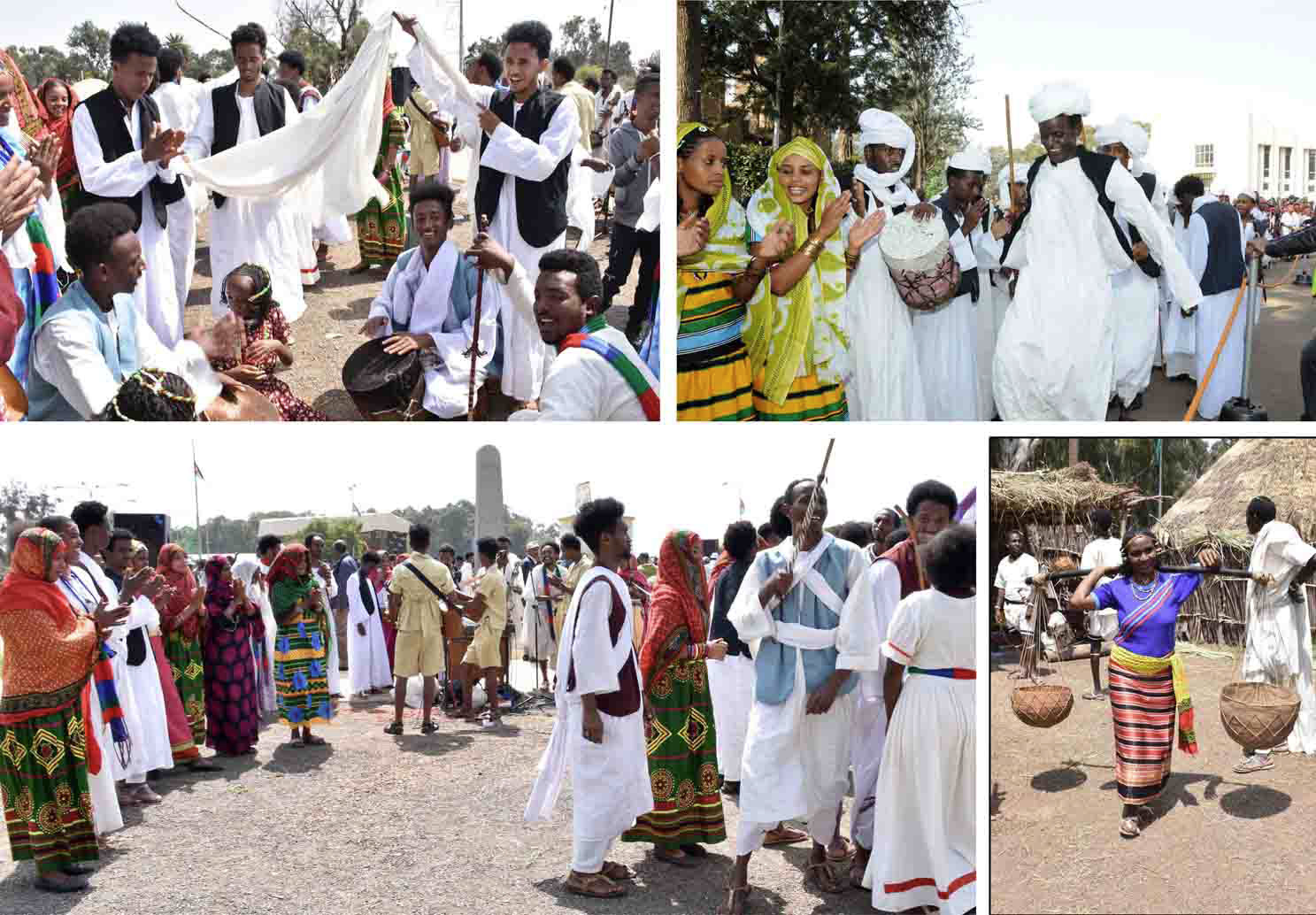 Fashion design can be seen as Eritrea’s crucial component of a creative economy. With proper attention and organization of the profession, it can be seen as a lever for economic development, and as a means of introducing Eritrean values and identity to the wider international community. A traditional dress could be interpreted as a mode of representation and a form of communication.

People can communicate with one another through their clothes. There is a strong relationship between the design of clothes and national identity because clothes are the first objects that attract our attention when we encounter people. It seems that people introduce themselves through the messages their clothes entail. A piece of cloth can tell who you are, where you come from or which culture you belong to.

A good design should combine beauty and dignity, and Eritrean designers have to keep in mind that their designs serve as expressions of identities of those wearing them. Thoughtful Eritrean designers have included the national symbols of Eritrea in their designs, which have become popular among women and men. They have incorporated elements of the traditional art form to produce modern fashion designs.

Eritrean designers can play an important role in making the country attractive and beautiful through their creative products. Designers should represent the culture of the Eritrean society in their products.

The establishment of the National Association of Eritrean Designers is expected to create platforms for young and upcoming designers to exchange experiences and to find new ways of production and distribution. The Association can also be an institution that works to protect the intellectual property of Eritrean designers.

The supreme duty of Eritrean designers should be to add in the clothes they produce Eritrean identity through symbols and codes. Designers should enable the people to communicate through their clothes. The production of clothes that demonstrate the quest of the Eritrean society for peace, unity and development has paramount significance to the indigenous communities.

Meeting on implementation of charted out programs