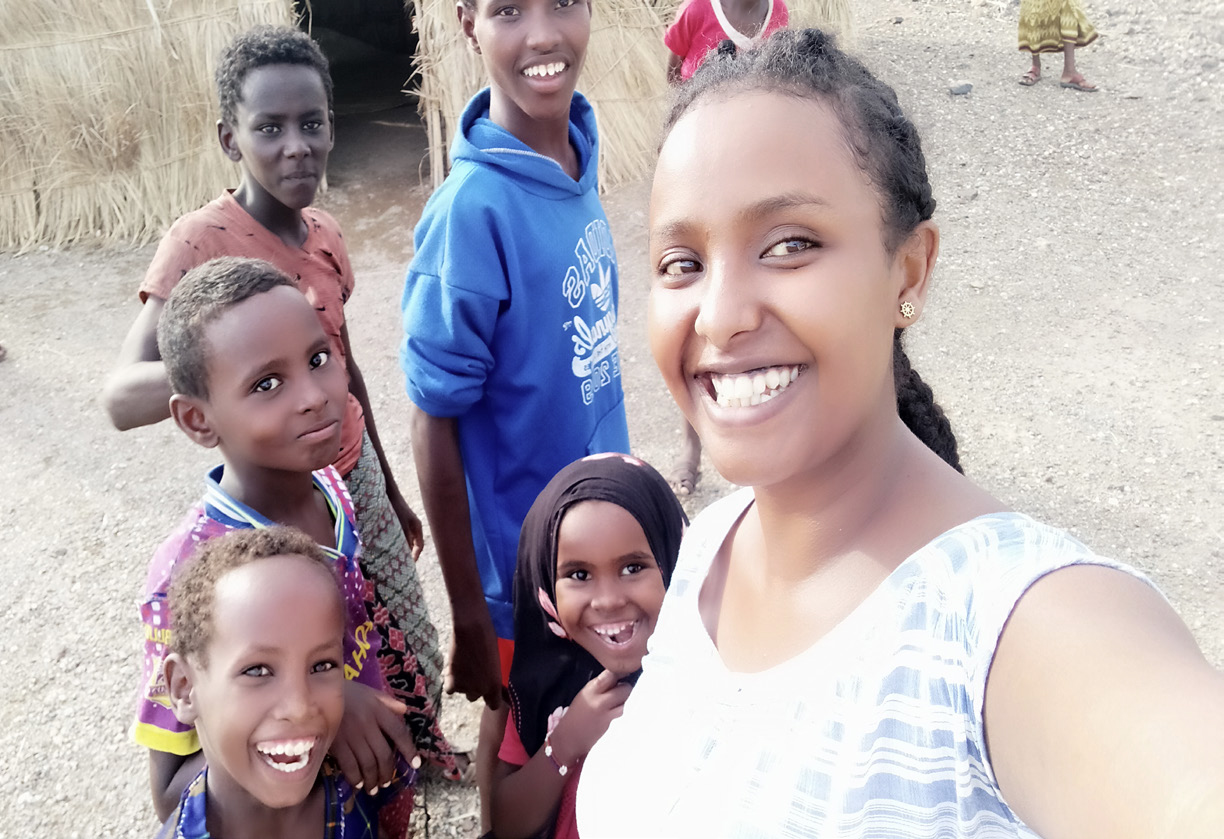 “Those who have been privileged to receive education, skills, experiences and even power must be role models for the next generation of leadership”

Who is a role model? Is it the powerful, the wealthy, the famous, the wise?

Lately, I find myself contemplating what it means to have, and to be, a role model.

Though I’ve always held the belief that role models are indispensable, my interest in the subject was revived when I recently met fellow public health graduates from my alma mater. We were having a lively conversation about their work experience in Assab when they started recounting their travels to remote villages along the Eritrean border for vaccination campaigns. Among their most memorable adventures, they told me how one of them, a warm, dynamic young Eritrean woman in her early twenties named Rizban Zekarias had, much like her name, a rather unique routine.

At the time, Rizban was newly assigned to the hospital in Assab and, due to the long hours of drive that vaccination campaigns entail, her co-workers suggested that she should stay behind in the city where she would be more comfortable. But she wouldn’t listen. She refused to be left behind, insisting on going with the team wherever it went. During their trips, the team astutely made Rizban sit in the front of the ambulance alongside the driver, while everyone else sat in the back. This was no accidental arrangement. Rizban sitting in the front sent a message that would mean to the people they were visiting that she was the team leader. When they all arrived at a vaccination site, or stopped in the middle of a village, people’s gazes fell on her: the young “girl boss”.

But more importantly, at every stop, Rizban took on the habit of approaching little girls in those villages and giving out pens as if they were candy. And when she ran out of pens, she begged her colleagues to hand over theirs! 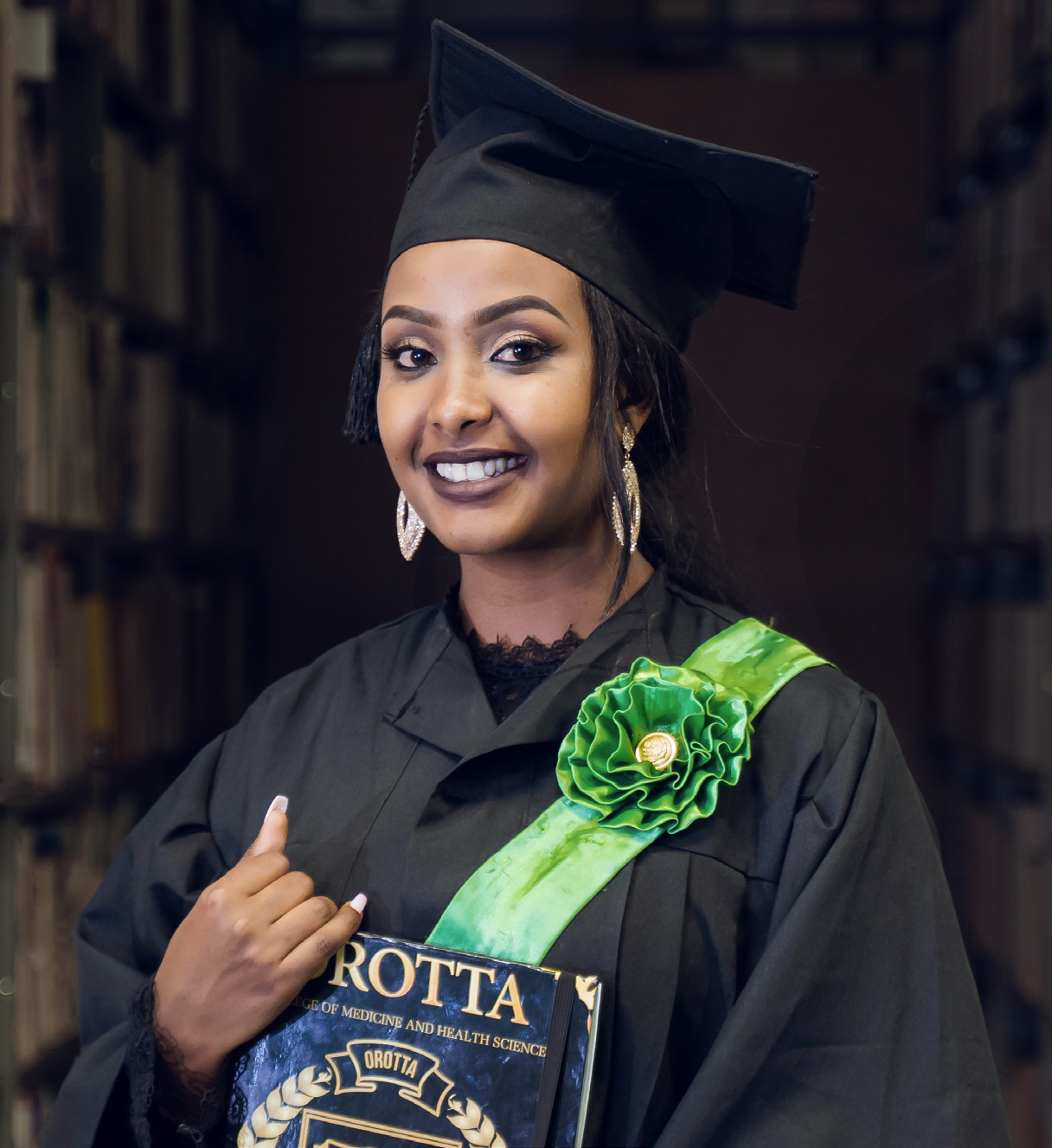 They told me this story as if it were something commonplace. And I suppose it could look perfectly ordinary at first, easy to brush off without a second thought. But imagine for a second being one of those little girls in one of those remote villages. Imagine the little girl looking up one day and seeing a young woman with a warm smile on her face- someone who looks just like her! – in a position of apparent authority, handing her a pen as encouragement of her education. Imagine what kind of powerful message that sends.

Imagine how long the little girl will carry that memory in her head.

It’s no secret that children and young people are impressionable: small moments like these- while they may look mundane on the surface-can actually create a resounding effect, probably changing the trajectory of their lives in a significant way. Handing out a pen in itself is no extraordinary act; yet, when it is done under the right circumstances and with the right intentions, it can bring about real change.

This reminded me of Pakistani education activist and Nobel Peace Prize laureate Malala Yousafzai’s words at the United Nations Assembly:

“…even one book, one pen, one child, and one teacher can change the world”

Change comes when little boys and girls look at people like Rizban and say to themselves, “This is who I want to be when I grow up”. It’s the desire and the conviction to be like the people we look up to.

That’s the power of role models.

This led me to think about the power each one of us holds. Or rather, the power that our actions hold, no matter how big or small.

We all have the potential to be role models for others. We may not be famous or wealthy; and we may not be wise or powerful in any conventional sense, but our actions hold the power to help- or harm- people.

In a world that can often feel cold and uncooperative, the smallest kindness extended can feel like an oasis in the desert. And, like a drop that creates a ripple, even one warm smile, one word of encouragement, one helpful nudge in the right direction- or in this case, one pen- can make a difference.

If we stopped to think back in our own lives, we would find our very own oases in the desert: those who altered the courses of our lives in one way or another, those who made us think more deeply about what kind of human beings we want to become and those who showed us new paths we didn’t even know about. I hope everyone was as lucky as I was (and still am) in this respect.

It’s far too easy to dismiss the consequences our actions can have on others. We don’t like knowing that we can have that much influence because it would mean having a certain amount of responsibility in wielding it. So, we often don’t bother thinking about the impact we can create. And other times, we don’t think that we carry that power at all. 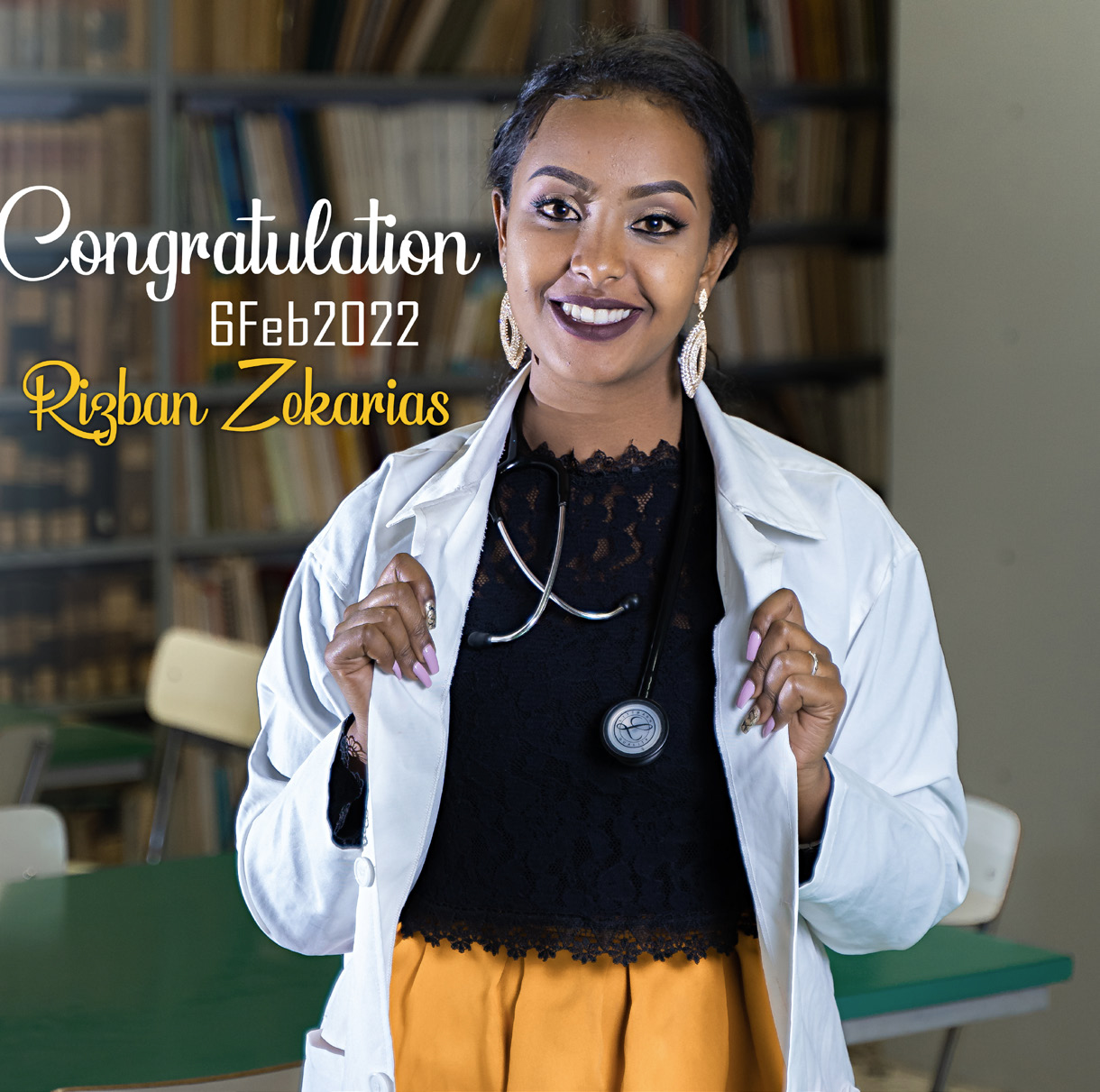 While the team was busy with the vaccination campaign, one of the little girls who had been given a pen searched for Rizban in the crowd and, when she didn’t find her, came up to another public health officer, my old classmate Abraham Haile, and said:

“Where is the lady that gave me the pen? I want to show her what I wrote with it”

So, let’s not leave all the “role modeling” to celebrities and notable people. Let’s look within and challenge ourselves and those around us to be “real models”.

And as for the skeptics, the people who think that they can’t possibly bring any difference with small acts, I would like to share a Hawaiian parable I came across recently in a book entitled Half the Sky: Turning Oppression into Opportunity for Women Worldwide (Nicholas D. Kristof and Sheryl Wudunn, 2009):

A man goes out on the beach and sees that it is covered with starfish that have washed up in the tide. A little boy is walking along, picking them up and throwing them back into the water.

“What are you doing, son?” the man asks. “You see how many starfish there are? You’ll never make a difference”

The boy paused thoughtfully, picked up another starfish and threw it into the ocean and said, “It sure made a difference to that one”.