Representation of Women in Eritrean Proverbs

Proverbs, folktales and mythologies have long been part of the indigenous knowledge system in Eritrea. Proverbs, in particular, constitute a body of knowledge and wisdom in the Eritrean society that help people to understand the social life, natural environment, history, tradition, and human behavior.

In this article I write about some proverbs that provide a general truth about women and how they are represented in the words of our ancestors. The unique tone of the proverbs might have been lost in translation, but their general meaning has been preserved.

In Eritrea, proverbs are used for their meaning as much as for their aesthetic qualities by people from all walks of life. The insertion of proverbs in one’s speech or writing is a demonstration of one’s acumen and cultural appreciation. The Tigrigna proverb ዘይምስል ኣብዲ ዘየኾምስዕ ኣድጊ (One who doesn’t use proverbs is a dolt and one who doesn’t cud a donkey) associates failure to use proverbs with intellectual ineptitude.

In Eritrean proverbs, the female is presented as a daughter, a sister, a wife, a widow, a mother, a mother-in-law, a grandmother, a maid, a nun and so on. The proverbs, at times embedded with riddles, describe women in their diverse roles and positions in society. For example, among the Arabic speaking population of Eritrea it’s common to hear; ወራእ ኩሉ ረጅል ዓዚም፡ ኢምራኣ  (No man can succeed without the accompaniment of a woman.) The Saho ethnic group has an excellent proverb that tells the critical role a woman can play in a man’s life. The proverb goes “Numaalih yengeecetiyalle cari yaxecwe, doolaalih yengeecetiyalle baarho taxeewe yaanah” (One who fights with women has no room in a house to live in and one who fights with an authority has no place to live in.) ሓዊ ዘለዎ ኣብ ባይቶ ይንፋሕ፡ ሰበይቲ ዘላቶ ኣንጊሁ ይምሳሕ (Someone who has siblings sits confidently at the village assembly and someone who has a wife is served lunch early on in the day.) According to tradition, if a man eats well early on in the day he can stay productive all day long. 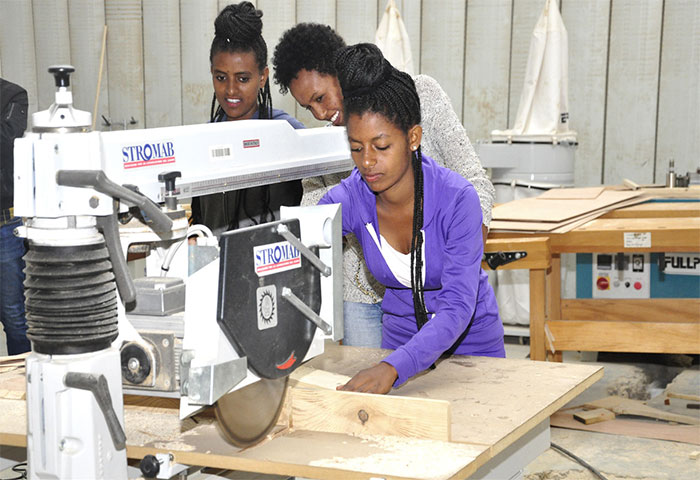 Women play an important role in defining relations in society. Marriage is one way of forming relationship. ጓል ትወሃብ ንወዲ፡ ኣይንወድን ንዓዲ (A girl is not given just to a boy but to the village) is a proverb that emphasizes the significance of marriage in bringing together not just the couple but the families and village communities of the two parties.

Although there are proverbs that highlight male superiority and female inferiority, proponents of gender equality tend to handpick proverbs that negatively describe women without mentioning the positive ones. For example, ጓል ዝተቦከረ ምስ እዝጊ ከምተማኸረ (Someone whose first child is a girl must have consulted with God) is a famous Tigrigna proverb that can be seen from women’s perspective. There are many proverbs in Eritrea that tell the incompleteness of man without woman. ንጉስ ዘይብልኩም ኣይትግሹ፡ ሰበይቲ ዘይብልኩም ኣይትሕረሱ (Don’t go on an expedition without your king and don’t till the farm without your wife). The presence of a ruler is vital for peace and security so that people can travel peacefully without being concerned about outlaws. Similarly, farming requires a lot of care, protection and administration a man is incompetent to do all by himself. ሰበይቲ ናይ ገዛ መብራህቲ (A women is the light of the house) ደንበ ብዘይ ከብቲ፡ ቤት ብዘይ ሰበይቲ ኣየሙቕን (A cowshed without cattle and a house without a woman lack warmth) are examples of proverbs that describe the vitality of women. The overall impression one gets from the Eritrean proverbs is that man and woman live in complementarity.

Proverbs as repositories of wisdom and knowledge of past generations should not be judged by using present day standards. They should be appreciated and treated as a means of understanding the socio-cultural history of the society. They are genuine expressions that reveal the life and values of the past generations as well as their attitudes toward diverse issues. Although some proverbs are definitely rife with gender bias, they are somehow counter-balanced by proverbs that acknowledge the complementarity of men and women and promote solidarity.

Many proverbs, parables and anecdotes portray women as game changers, meticulous, adaptable, economically wise, trustworthy, sympathetic and optimistic. Trust, an important reason for social solidarity is the expression of women. The Saho proverb “Barha kee dhawrheena, fen af fen masker yan” (For a woman and the guardian, their mouth is their witness). They need no additional witness to prove their claim. In case of rape or any other sexual assault, whatever a woman claims is regarded as true. The judge or the community trusts the words of the woman. 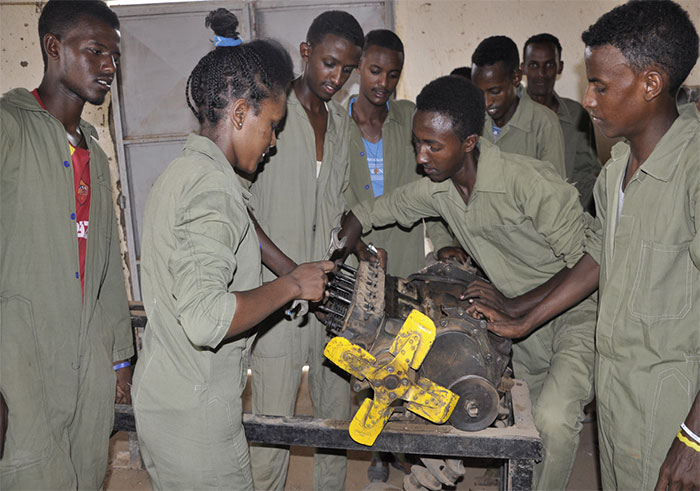 Women are portrayed as indispensable for the normal functioning of the society. As far as I Know there is no proverb in Eritrea that celebrates misogyny. The objectification of women, their identification with trivial roles and female sexuality are not common features of Eritrean proverbs.

Eritrean women have secured their due position through their active participation in the armed struggle against colonization and women’s emancipation under the leadership of the EPLF, which treated gender equality as a necessity for the national liberation and nation building.

Eritrea is endowed with oral literature that represents the dominant view about gender. Lawyers have studied how the customary laws treated women’s rights and found out amazing results. In many ways the customary laws are advanced. In this case, proverbs provide a means through which the society reaffirms its traditional beliefs regarding gender issues. Proverbs with their short, poetic and easy-to-remember statements communicate the belief and attitude of the society that is passed on from generation to generation.