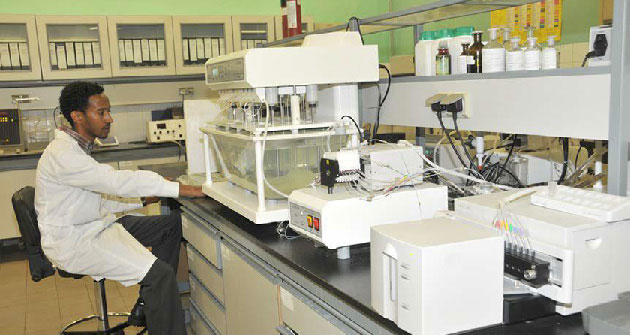 Last month, the World Health Organization (WHO) released its 2022 World Malaria Report (WMR), an annual report that provides a comprehensive update on global and regional malaria data and trends. The following paragraphs share a few of the report’s main highlights, and also briefly recap Eritrea’s own national progress and efforts toward prevention and control (based on both local sources and the WMR).

Malaria is a severe, life-threatening disease caused by Plasmodium parasites, which are spread to people through the bites of infected female Anopheles mosquitoes. Despite being readily preventable and treatable, malaria remains a massive global public health problem and it occurs in more than 100 countries and territories worldwide. About half of the world’s population is at risk, with large areas of Africa and South Asia, along with parts of Central and South America, the Caribbean, Southeast Asia, the Middle East and Oceania considered areas where malaria transmission occurs.

The latest WMR finds that, despite disruptions to prevention, diagnostic, and treatment services during the COVID-19 pandemic, along with other challenges (such as humanitarian crises, natural disasters, funding deficits, and global inflation, among others), countries around the world “have largely held the line against further setbacks to malaria control.” Around the world, there were an estimated 619,000 deaths due to malaria in 2021, which was about 6,000 fewer than in 2020 but still around 51,000 higher than in 2019 and prior to the onset of the COVID-19 pandemic. Furthermore, although the number of cases of malaria rose again in 2021, estimated to be about 247 million cases, the rise was at a slower pace than the previous year. (In 2020, there were 245 million cases, while 2019 saw 232 million cases.) Overall, between 2019 and 2021, an estimated additional 13.4 million cases and 63,000 deaths were attributed to disruptions associated with the COVID-19 pandemic(such as disruptions in diagnosis, treatment, or insecticide-treated mosquito net (ITN) distribution campaigns). Yet again, Africa, and Sub-Saharan Africa (SSA) more specifically, carries the greatest burden of malaria. Last year saw an estimated 234 million cases(95 percent of the global total) and 593,000 deaths (96 percent) in SSA, while the top 16 most malaria-affected countries in the world, in terms of cases, are all located in the region. Four African countries, Nigeria, the Democratic Republic of the Congo (DRC), Uganda, and Mozambique, accounted for nearly half of all cases globally, with four African countries also accounting for more than half of all malaria deaths globally (Nigeria, DRC, Niger, and Tanzania).

In Eritrea, malaria has been along standing challenge and the risk of malaria remains moderate to high within large swathes of the country. Forty-one of the country’s58 sub-zobas are categorized as malaria-endemic localities, with the Gash Barka, Debub, and Semenawi Keih Bahri regions accounting for greater than 90 percent of the national burden. (Gash Barka and Debub account for the vast majority of the national malaria burden.) Historically, malaria has been a formidable threat to several vulnerable population groups, such as pregnant women and children.(Young children are vulnerable as they have not developed immunity to malaria, and pregnant women are vulnerable as their immunity has been decreased by pregnancy.)

Since independence, and particularly following the establishment of the National Malaria Control Program in 1995, Eritrea has made major inroads against the disease. Through the combination of an array of control and prevention interventions, which has included the mass distribution of long-lasting insecticide-treated nets, indoor residual spraying, drainage and larval source management, effective case management and surveillance, and strong community mobilization, awareness, and reception, the national malaria burden has been significantly reduced.

Relying on both the WMR and local sources, between 1998 and 2016, malaria incidence in Eritrea dropped significantly, declining from 157 to 34 cases per 1,000 people. Following further reductions to 18 cases per 1,000 in 2018, there has been a slight increase in cases in recent years, to 30 cases per 1,000 in 2020. (Similarly, the WMR estimates that the recent rise has been reversed, with total cases in Eritrea in 2021 decreasing by about 54 percent compared to 2019 and 2020.) Shifting to malaria deaths, they too have fallen, dropping from 405 in 1998 to 23 in 2016 and 6in 2021 (an overall reduction of approximately 99 percent). Notably, in recent years, only a small percentage of all malaria cases in the country were in highly vulnerable populations, such as children under five years of age or pregnant women. 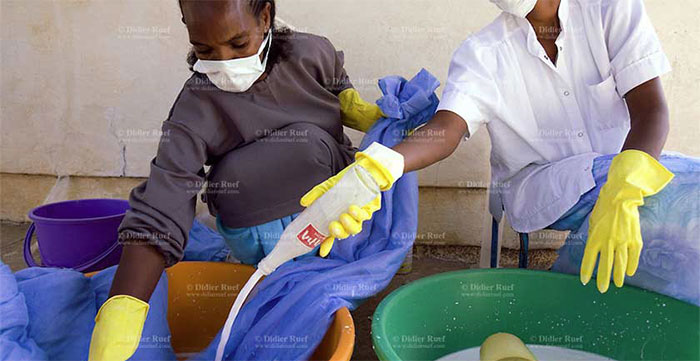 Notably, Eritrea’s progress over the years made it one of a small number of countries to achieve the United Nations Millennium Development Goals target related to malaria (Goal 6, which it meta head of the 2015 target date). In 2016, during the 26th Summit of the African Union (AU), it even received an award from the African Leaders Malaria Alliance in recognition of its “commitment, innovation, and progress in the fight against malaria.” (The African Leaders Malaria Alliance is a coalition of AU Heads of State and Government established to drive accountability and action for results against malaria and neglected tropical diseases, and to promote reproductive, maternal and child health.)

Looking ahead, despite a recent rise in cases in some areas of the country, Eritrea is steadily transitioning from pre-elimination toward elimination of malaria, with the long-term goal of ultimately eliminating and preventing the re-introduction of malaria by 2030. (The path to malaria-free status is characterized by four distinct programmatic phases: control, pre-elimination, elimination, and prevention of reintroduction. Subsequently, once a country has proven, beyond a reasonable doubt, that the chain of local malaria transmission by Anopheles mosquitoes has been interrupted nationwide for at least three consecutive years, it is then granted a certification of malaria-free status from the WHO.)

Encouragingly, entomology laboratories for research have been established in Elabered and Tesseney, helping in the identification of species and parasites, while efforts continue to ensure early diagnosis and treatment, as it prevents deaths and contributes to reducing transmission. Additionally, local reports indicate that Eritrea will develop a refined sub-national stratification map based on epidemiological data triangulated with appropriate metrics, namely entomological, ecological/demography, and interventions coverage data, to better disaggregate the malaria situation and inform targeting of interventions.

Something to keep an eye on

In addition to the potential threat sposed by mosquito evolution and adaptability, their growing resistance to insecticide-treated nets, and anti malarial drug resistance, another issue for consideration is climate change. Specifically, scientists have indicated that climate change could significantly impact the distribution and transmission of malaria. For instance, a rise in temperature could mean that malaria parasites develop faster, thus raising the potential for transmission and burden. With Eritrea, and the Horn of Africa region more broadly, at particular threat from a changing climate, this potential issue remains one to keep an eye on.

Training on administration and leadership