Zombie ideas: Really Bad and Just Refuse to Go Away 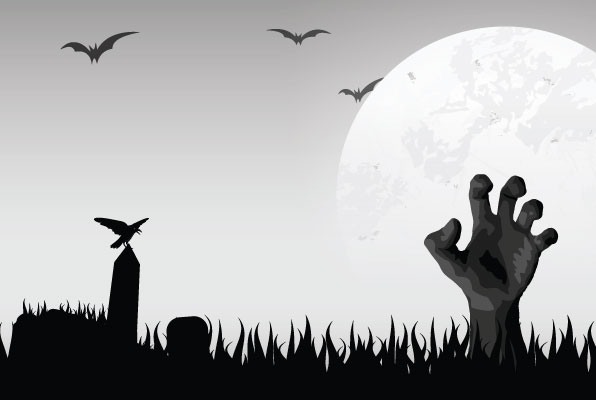 Some ideas, no matter how bad they are and regardless of how often they are proven wrong, seemingly refuse to go away. In that sense, they are a lot like zombies, who although ostensibly dead, do not actually die and are extremely difficult to finish off.

Today, zombie ideas abound and they can easily be found in many areas of society, from health, medicine, and education to psychology and economics. They are also common within global politics and international relations (IR), where they relentlessly stalk commentary, analyses, and policymaking.

In a popular article from years ago, Stephen Walt, a leading American scholar, offers a useful example of zombie ideas within Western foreign policy through his discussion of the US’ long-term commitment to domino theory. Generally dating back to US President Dwight D. Eisenhower’s “falling dominoes” speech in the 1950s, domino theory, in various guises, remained an ever-present, dominant concept within the minds of American policymakers and analysts.

During the Vietnam War, it was constantly argued that American withdrawal from the country would severely undermine the US’ credibility worldwide and also lead to a string of pro-Soviet communist realignments across Southeast Asia (in the fashion of falling dominoes). Yet, no major dominoes actually fell after American troops left the country in the mid-1970s. And the US incurred mind-boggling human and financial costs (not to mention the massive costs that were paid by local populations across the region). History ultimately revealed that domino theory was really a poor guide to IR and the US’ approach to the region.

Several decades later, much like the decomposing corpses that crawl up from the grave and stumble along, domino theory re-emerged to cast its dark shadow over US foreign policy. Once again it became an integral part of the guiding framework for a protracted war in a faraway country, this time Afghanistan.

While for years the US administration justified its longstanding military presence in the country by claiming that a victory for the Taliban would embolden enemies and lead to insecurity cascading across the region, in 2021 American troops finally headed for the exits. The US carried out a disastrous withdrawal, immediately drawing stark parallels with Vietnam, while Afghanistan was faced with a collapsed economy, hit by humanitarian crises, and left in the hands of a group essentially unchanged from that which ruled the country from 1996-2001.

Another pertinent example of zombie ideas comes from the past several decades, a period during which Western nations, led by the US, have relentlessly bombed, invaded, occupied, and otherwise heavily interfered in the internal affairs and political systems of an array of countries across Africa and the Middle East.

One after the other – and sometimes even at the same time – these interventions have been driven by the same thinking and undertaken with an apparent complete lack of understanding of how they inevitably lead to disastrous outcomes: the creation of failed states, growth of enemies, exacerbation of radicalism, spread of terrorism, and utter devastation for local civilian populations.

Zombie ideas stalking today’s discourse on Eritrea and the Horn

During recent weeks and months, zombie ideas have risen up to once again pervade the discourse on Eritrea. In a series of often extremely arrogant and incendiary articles and statements, Western officials and commentators have called for the imposition of sanctions and unilateral coercive measures, as well as made threats and even proposed piracy. They have also suggested isolating the country through exerting pressure on Eritrea’s partners and friends, and basically eschewed the potential for cooperation or understanding to instead promote the maintenance of a stance characterized by hostility, demonization, and confrontation.

In addition to displaying ostentatious hypocrisy and bias, many elements of what the officials and commentators have recommended contravene basic international norms, as well as violate a range of international laws and array of fundamental rights. Piracy and threats of force, for instance, although having been standard practice centuries ago are today prohibited by the United Nations Charter and related international conventions. Similarly, United Nations bodies and experts have meticulously detailed how unilateral sanctions impinge on numerous universal rights (such as the right to development or rights of everyone to a standard of living adequate for their health and well-being).

Alongside all of that, however, the policies and approach being floated again by Western officials and commentators have repeatedly failed over the years. They have led to the aggravation of extreme hardships, served to escalate rather than ease tensions, and contributed to stoking the rivalries and devastating conflicts that have engulfed the Horn of Africa.

It does not require much time or effort to see how in many ways they have actually helped to bring about outcomes and circumstances across the Horn that run not only directly counter to the interests of the people of the region, but also to those of Western countries.

Despite the years of utter failure produced by the policies and approach that they championed, Western officials and commentators appear to be convinced that simply doing more of the same will achieve different results. This is not only a case of zombie ideas in action, it is also the best definition of insanity. Instead of doubling-down and trying to resuscitate terribly bad ideas that have proven horribly unsuccessful time and time again, it would be far better for Western officials and commentators to develop new ones and adopt a fresh approach.

Activity assessment meeting of Commission of Culture and Sports