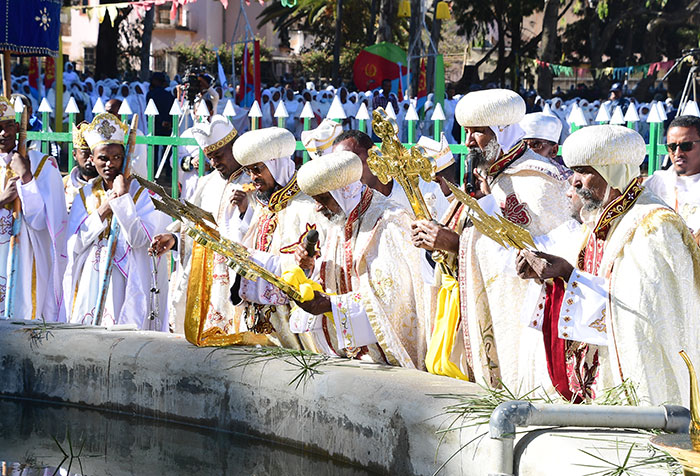 The religious observance here in the capital in which Archbishops, members of the Holy Synod, representatives of the office of the Patriarch, Mr. Fesehaye Haile, Governor of the Central Region and other Government officials as well as a number of the faithful took part witnessed a night-long prayer.

Prayer service headed by His Holiness Abune Petros, Archbishop of the Eritrean Orthodox Tewahdo Church, as well as Archbishops and members of the Holy Synod was conducted at the Epiphany Holy Water spot. 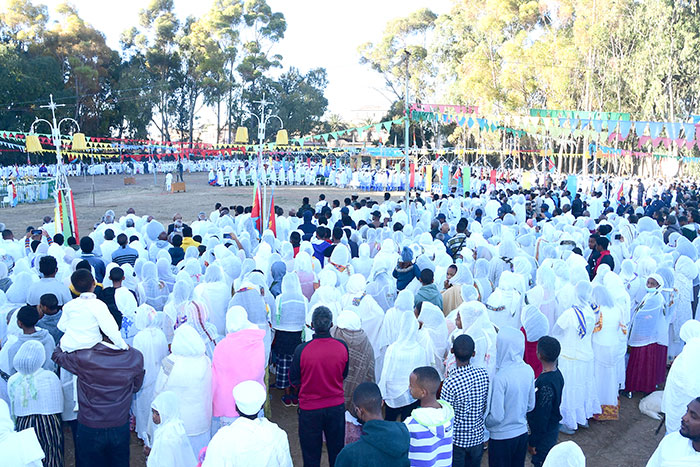 At the occasion, Merigeta Simon Beyene gave a briefing on the background of the Timket Holiday and wished happy Epiphany to the Eritrean people inside the country and abroad as well as members of the Eritrean Defense forces.