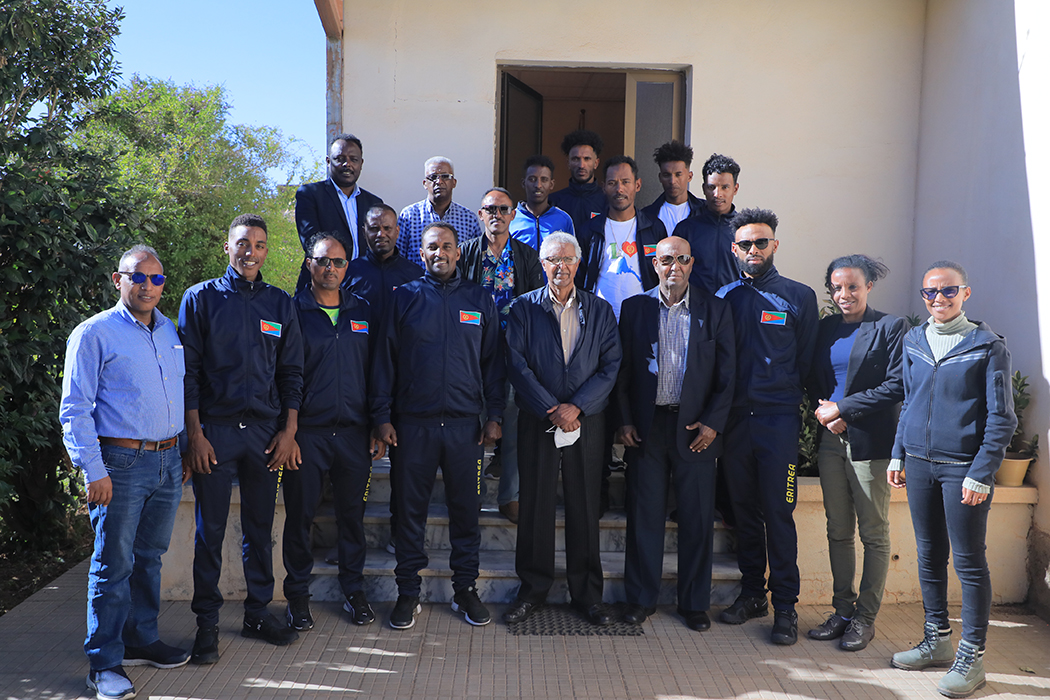 Asmara, 20 January 2023- The Commission of Culture and Sports organized farewell ceremony on 19 January to the National Cycling Team to participate at the 16th round of Tour du Gabon cycling championship 2023 to be held from 23 to 29 January.

Speaking at the occasion, Ambassador Zemede Tekle, Commissioner of Culture and Sports, said that Eritrea has won the Tour du Gabon Cycling Championship seven times and expressed his confidence that they will win for the 8th time.

Ambassador Zemede also said that ethics is part of the competition and called on members of the national team to preserve the good name of Eritrea.

Mr. Samson Solomon, coach of the national team, on his part said that they have conducted adequate preparation for the competition in which big teams are expected to participate.

At the 7 stages race that covers 933.7 km, 10 national teams, as well as 5 continental and pro-continental teams will take part.