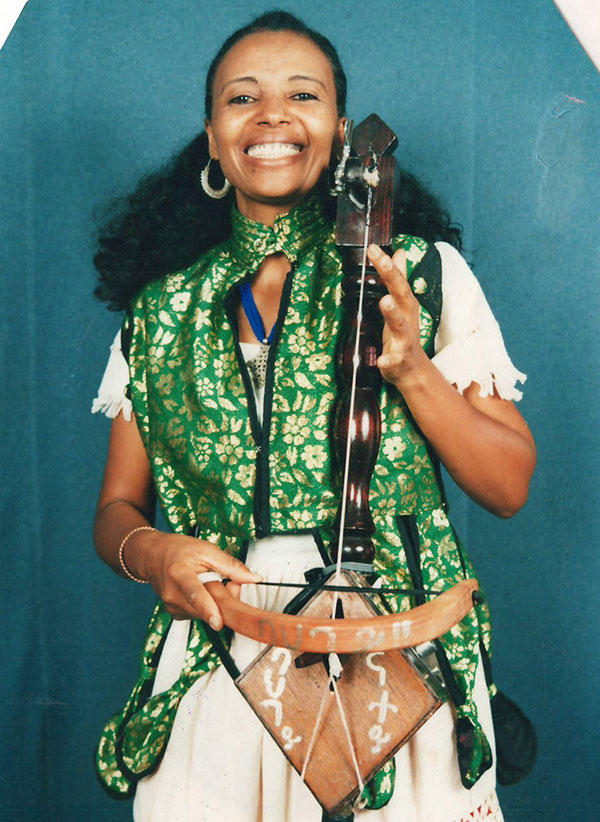 Our guest today, Abrehet Berhane, is one of the legendary Eritrean singers and songwriters who has been performing since the struggle for independence. Born and raised in Asmara, she joined the EPLF at a young age to fight for Eritrea’s independence.

We were very young back then. The year was 1975, a very chaotic time when information was vital. We really wanted to know what was going on on the battlefields and how our brothers and sisters were doing in the armed struggle. The only available means of information was the radio, which back then was rare. I joined the armed struggle when I was young. I took military training at Arag and Hiday for nine months.

After completing the military training, I was assigned to the 23rd unit stationed in Northeast Sahil. At the time the EPLF was forming cultural troupes and I joined one. I was a singer, actress, and dancer for a while but spent most of the time singing and playing musical instruments. 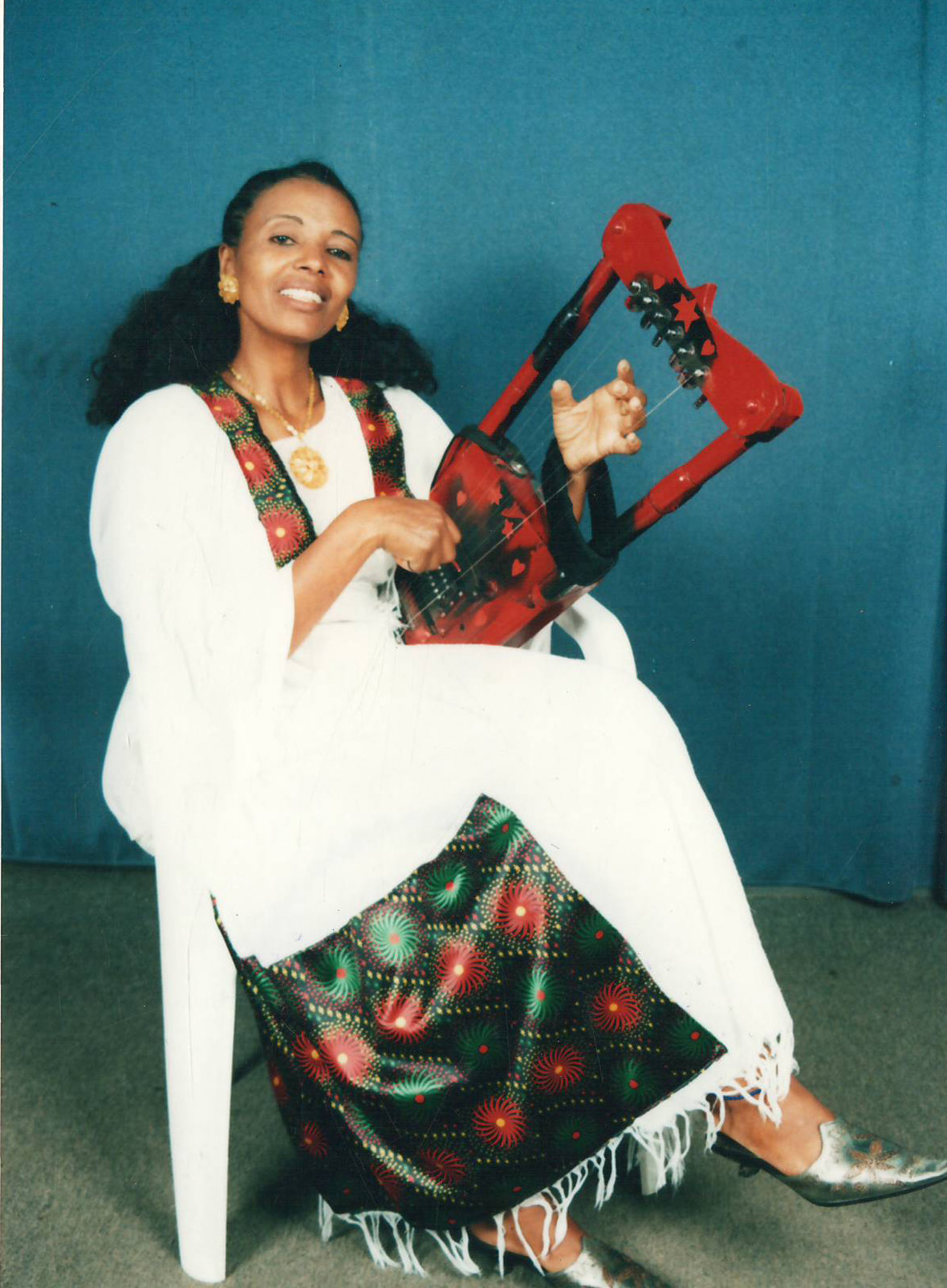 I’ve really loved singing since a very young age. I was always chosen to sing the national anthem at school. Seeing my potential and passion, my fellow peers pushed me to join art clubs and I did.

When I joined the art clubs, I started imitating the guys who were playing kirar (traditional stringed musical instrument) and kept on practicing even after the practice time was over. There were people who didn’t like seeing me play kirar because it wasn’t common at the time for girls to play musical instruments. I was, however, able to get permission to play it and I mastered it so well by 1980. I started singing while playing kirar at the beginning of 1985.

When I was told that I was going to sing and play my kirar for the first time, I was nervous. Back then only legendary female artists like Tsehaytu Beraki and Amleset Abay were playing kirar while singing. So, I practiced a lot and performed on the stage in Sahil. I was the first female to do it, and the positive feedback I got from people gave me more courage to hold on to the passion that I had for that instrument. I can play Kirar, drum, guitar, and wata (a traditional stringed instrument) so well.

Around 70 songs. More than ten of them are traditional songs produced using only Kirar. I recorded songs on a cassette that was released in 1996 and produced an album in VCD.

You have so many songs based on traditional concepts, right?

Also, I don’t think enough attention is given to traditional musical instrument players. I think that’s the reason why so many women who can play many instruments don’t actually play Kirar. I believe musicians who play traditional instruments need to be encouraged.

Art influences the way people think and view things. As we all know we started the armed struggle with unshakable goals and not a lot of weapons. To fill the holes and agitate the people, art played a big role. By expressing the freedom fighters’ successes and visions through music and other art forms, the people’s aspirations for liberation were kept alive. Singing to celebrate the small but impactful wins, singing after a deadly battle to make its impact less traumatic, and singing to remind people why we were fighting led to independence that caught the world by surprise. 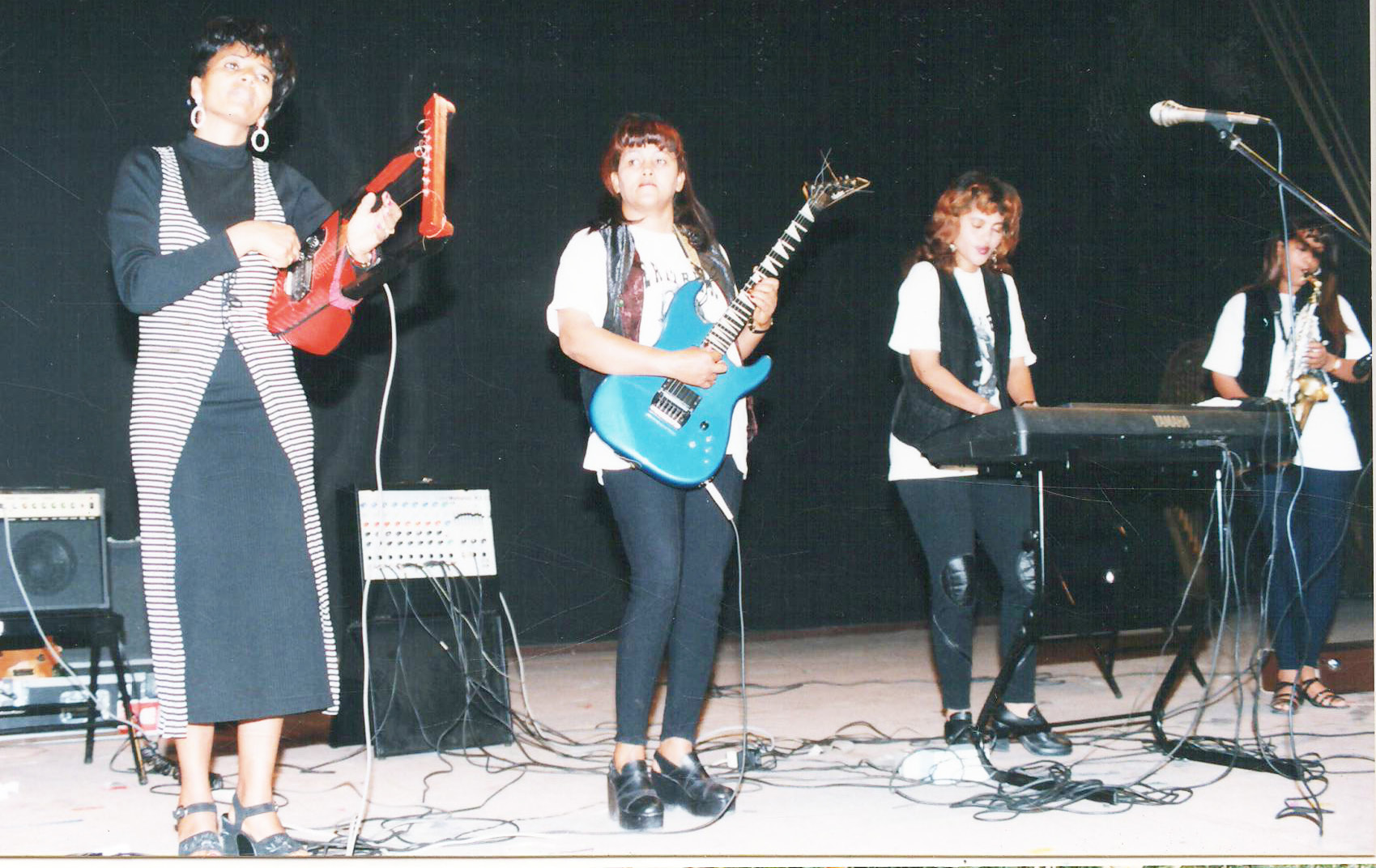 I kept pursuing it like the rest of my peers and friends. I started writing songs and recording them on cassettes to be sold to the public. I also decided to keep producing extraordinary works with my Kirar despite the challenges I faced as a female playing such an instrument.

As time went by, I introduced wata in my songs. I wanted to learn to play it but it was difficult at the beginning. Fortunately, my passion and my persistence helped me not to give up on it. In just two months, I was able to sing some songs playing wata. This is by far the most difficult instrument that I have come to master. You can tell how difficult it could be when you see a one-string instrument producing all the different melodies.

Yes, I have. I have performed in many cities in America, Europe, Australia, and Kuwait. All the foreigners were always impressed to see us sing playing kirar. They always ask how we are able to make beautiful music with a five-string instrument. Seeing people from different cultural backgrounds taking photos of it and asking about it always makes me happy and proud to present my culture.

As a nation, art can help us to promote our culture and identity. More opportunities should be given to artists to showcase our beautiful culture worldwide. And no matter how much the art industry evolves, our music should never lose its traditional roots. That’s why all of my songs have traditional roots.

Seminar to nationals in Hamburg