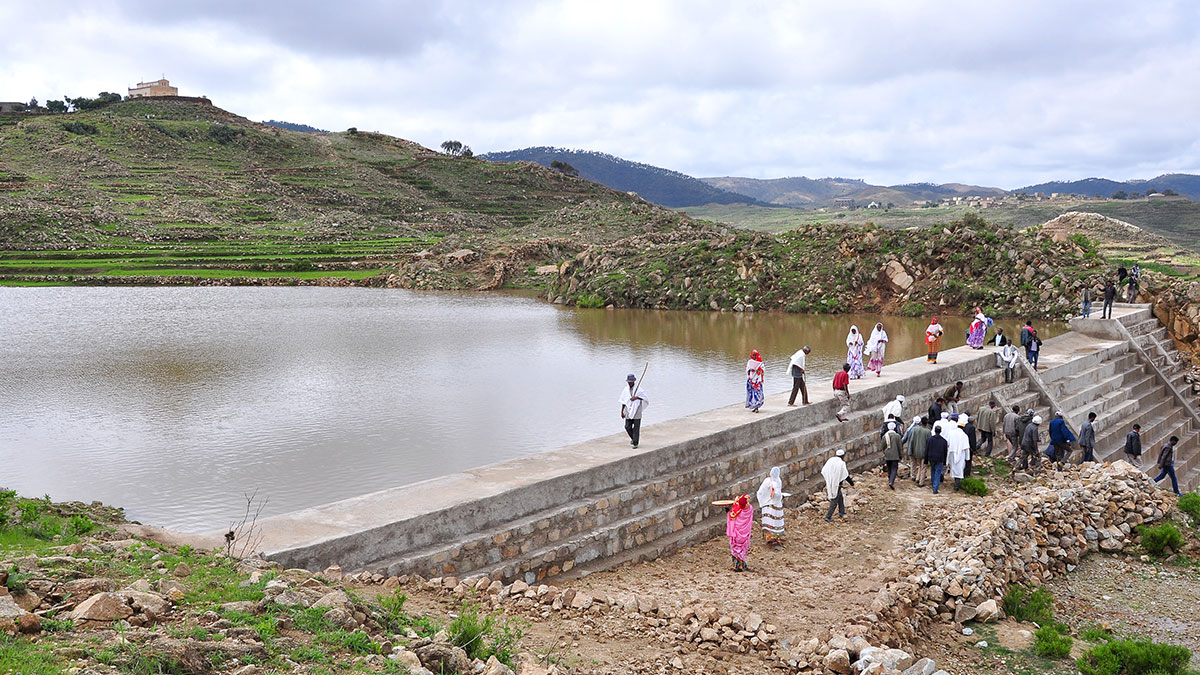 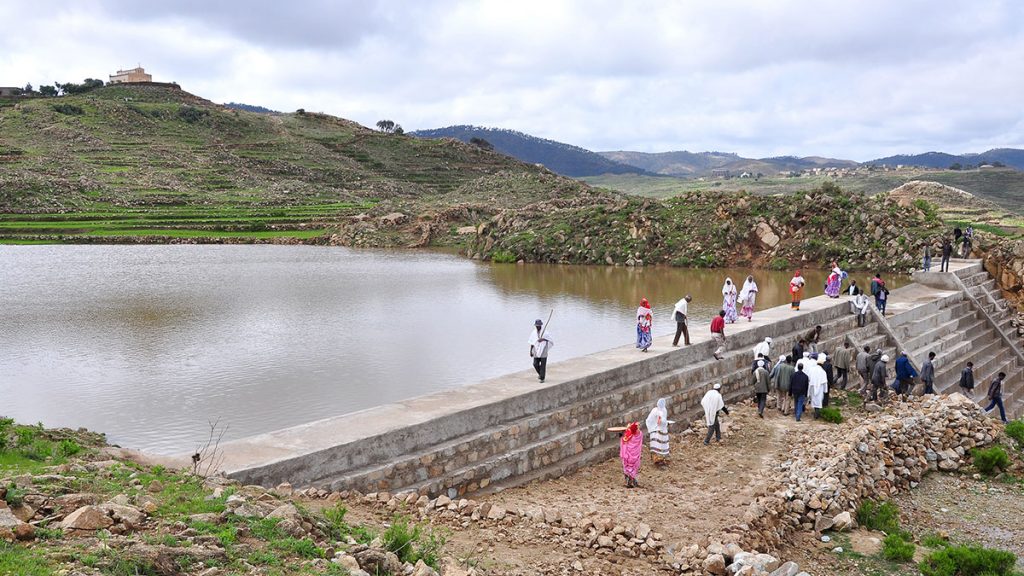 Asmara, 10 August 2020- Two micro-dams in the sub-zones of Gala-Nefhi and Serejeka that were constructed in cooperation with the Government and the public have been inaugurated on 8 and 9 August.The two dams that were constructed at a cost of over 5 million Nakfa are located in Tselot, Gala-Nafhi sub-zone and in Gurit, Serejeka sub-zone.

Speaking at the events, Mr. Zerit Tewoldebrhan, Managing Director in the Central region, said that the two dams will have significant contribution in alleviating water shortages both to the public and livestock as well as in developing irrigation farming. 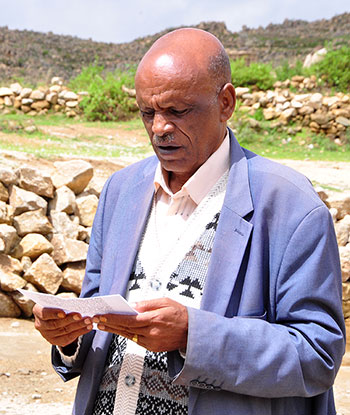 The administrators of both sub-zones on their part called on the residents to make proper use of the dams and reinforce participation for their sustainability.
According to document, in the Central region there are 124 dams and micro-dams of various sizes.