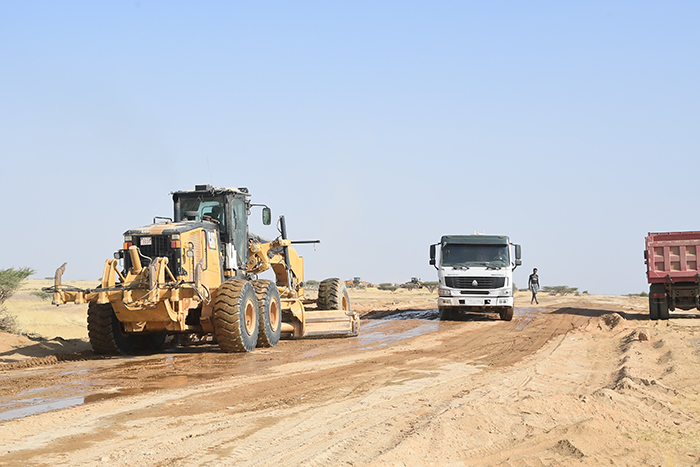 Geographic information of land and sea is crucial for sufficient planning and management of development projects. Sustainable development requires access to data, information, knowledge, and understanding about the environment and natural resources.

Generally, the MIC has six desks corresponding to the six regions of Eritrea and works in partnership with 18 ministries and other agencies such as NUEYS, NUEW, PFDJ, and the Commission of Sports. 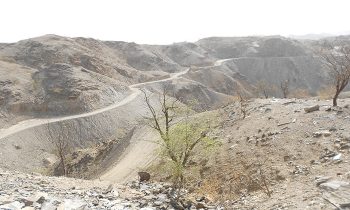 One of the basic pillars needed to ensure food security and sustainable development is securing water resources. Eritrea is located in the Sahel region of Africa, one of the driest parts of the continent. It is prone to unpredictable weather conditions and erratic rainfall which directly affect agriculture and drinking water.

To deal with this problem, the Government of Eritrea has been working to secure water resources by building different sized dams for multi-purpose. If designed correctly, dams allow water to become available at all times, increasing exploitable renewable water resources. More importantly, reserving every drop of water on micro dams sustains the lives of people and ensures sustainable harvest. The construction of dams helps address the scarcity of water and makes water available for irrigation. Water is also a key resource for industrial plants, construction, mining, and other sectors. The MIC plays an important role in surveying and designing viable areas for building dams.

Engineer Getachew Merhatsion, head of the MIC, said that “securing water resource is securing the continuity of life”.

The annual rainfall of Eritrea is quite low. A good part of the country gets less than 300mm. of rainfall a year.  Of course, some regions have better rainfall, around 1000mm annually. Overall, the highlands of Eritrea receive a good amount of rainfall during the months of June, July, and August, and much of it goes downstream to either the Red Sea or the lowlands of Eritrea. For this reason, the biggest dams of Eritrea have been built in the lowlands.

As a result of the efforts made to conserve every drop of water, the once drylands have now been transformed to green lands with the construction of hundreds of dams, micro-dams, reservoirs, and check dams. In the last 30 years around 765 dams have been built in different parts of the country. They range from check-dams with a capacity to hold around 10 thousand cubic meters to the biggest dams with a capacity to hold around 330 million cubic meters. In addition, around 200 small reservoirs with a capacity of less than 10 thousand cubic meters have been constructed primarily for use in dairy farming.

Some of the newly built dams include Kerkebet dam (the biggest dam with 330 million cubic meters), Misilam, Gerbera, and Gahtelay dams. The construction of the dams has helped secure drinking water and has enabled farmers to have more than one harvesting season by practicing irrigation farming.

Electricity is made available at the irrigation farms making it easy to power water pumps, agro-processing plants, and storerooms that are built to preserve and add value to the agricultural products.

Some dams are being used as fish farms providing communities with much-needed protein-rich diets in their neighborhood.

Community members take part in the construction of many of the dams. In particular, they are involved in terracing, reforestation, and construction of check-dams. People are now reaping the fruits of their sweat and toil. They have freed themselves from dependency on food aid as they are able to grow food any time of the year.

Engineer Getachew said that one of the challenges they were facing in the past was that they were not allowed to import the technology they needed for their work due to the sanction that had been imposed on Eritrea.

Land transport is one of the primary necessities for economic growth and sustainable development. Adequate transport infrastructure promotes trade and facilitates development by increasing connectivity. The MIC plays an important role in surveying and designing road networks, which are then given to relevant ministries and construction companies. 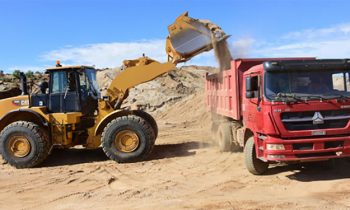 Due to the 30-year war for independence, much of the road infrastructure in Eritrea was destroyed. At independence, Eritrea had 620 km of roads paved with asphalt and 5800 km seasonal roads.

Engineer Getachew noted that though the total amount of work that has been done is considerable, a lot remains to be done to interconnect the country. One of their plans is to renovate the seasonal roads damaged by erosion. The roads that are being renovated include the 110 km Tessseney – OmHajer, the 135 km Binbina-Gergef, 36 km Forto Sawa – Tamarat, 10 km Shambuko – Karkasha and 135 km Kerkebet –Sel’a roads.

The new ring road that runs through Adi-Guaedad- Bet-Gergish- Beleza is planned to be paved with asphalt while the Massawa-Erafaile-Colluli new road is being widened. Another road construction project underway is the Massawa – Gulbub – Afabet –Karura. In general, the plan is to pave all the seasonal roads with asphalt.