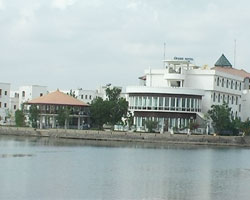 They explained that the holding of the commemorative event provides added impetus to mounting steadfastness and work capability. The residents went on to say that the prevailing peace and stability which the Eritrean people are currently enjoying is the outcome of the heavy sacrifices paid and the hardship traversed. In this respect, they stated that they continue to commemorate the historic operation with deep reflection and sense of patriotism.

The residents further noted that the war-ravaged Massawa has now been transformed into a modern city thanks to the substantial investment made to facilitate its modernization. They pointed out that the commemoration of Operation Fenkil is not conducted for mere enjoyment and entertainment but is  rather an occasion in which all nationals pledge to renew their commitment to honor the trust of martyrs.

Reports indicated that residents of the port city are making utmost preparations to accommodate pilgrims and colorfully commemorate the 21st anniversary of Operation Fenkil due to be held from February 11 to 13.